Fortnite: The End Event – Start Date, Time & What You Should Know 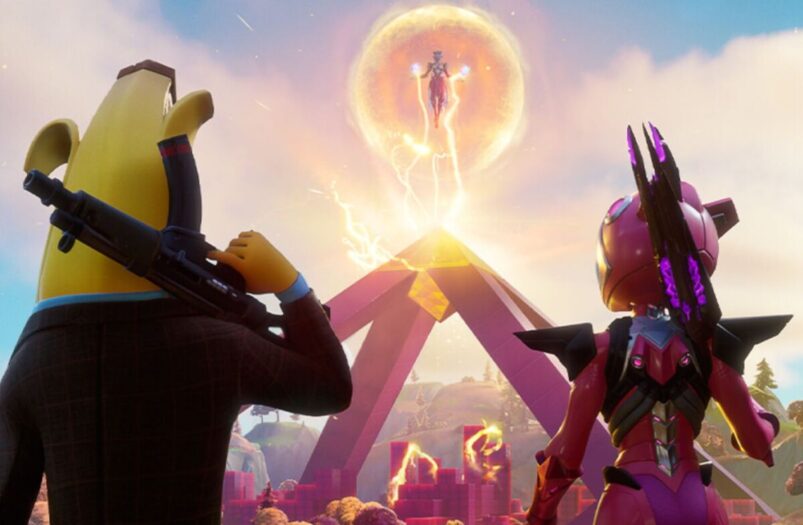 Fortnite’s The End has been officially announced as the chapter ending real-time event of Chapter 2. Epic have shown in the past that they aren’t scared to completely shake up the formula in order to shock and surprise even the hardiest of fans. With Chapter 2 came a literal tidal wave of changes, including huge POI destruction and the introduction of cars, but what can we expect from this event?

Here’s everything you ought to know about The End event in Fortnite: Chapter 2.

What Date and Time will The End Start?

It’s been confirmed by Epic Games that Chapter 2 will be ending on December 4th, 2021 with an immersive in-game event entitled The End. Timings vary based on your location:

Use this timezone convertor if your timezone isn’t listed above.

How to Join The End Event

The playlist for the event will be available 30 minutes prior to the start time and as always you can squad up with your friends for the ultimate chapter ending experience.

Once the 30 minute countdown starts, choose the event in the playlist where you usually find game modes like solo and duo, and click to join a queue. You will be placed into a lobby where you can play team rumble for the rest of the wait. Towards the end of the lobby countdown you will be stripped of your weapons and the event will soon begin.

The End is a one time only event, meaning it will never be repeated or replayable. Miss it and you will need to catch up on YouTube.

What Will Happen During The End Event?

As always, Epic has managed to stay pretty tight-lipped on the exact details of the event. Players have been told they will need to ‘take on The Cube Queen in one last stand for the fate of the Island’, so prepare for combat and the regular doses of storyline. One thing is for sure, players can expect a fully immersive experience similar to the Travis Scott concert or Season 7 ending alien epic Sky Fire.

The name suggests that we might also be preparing for some downtime. Many Fortnite players still remember the Black Hole event of Chapter 1 when Epic decided to completely shut down servers for three days in order to apply the new update.

The name suggests a game changing event that you will not want to miss, but no, Fortnite is not ending. Franchise tie-ins and associations have already been confirmed for Season 3, meaning that a new Fortnite chapter is most definitely right around the corner.

The End will change Fortnite as we know it, but prepare for a bigger, better chapter to come.