When Does Fortnite: Chapter 2 – Season 8 End? 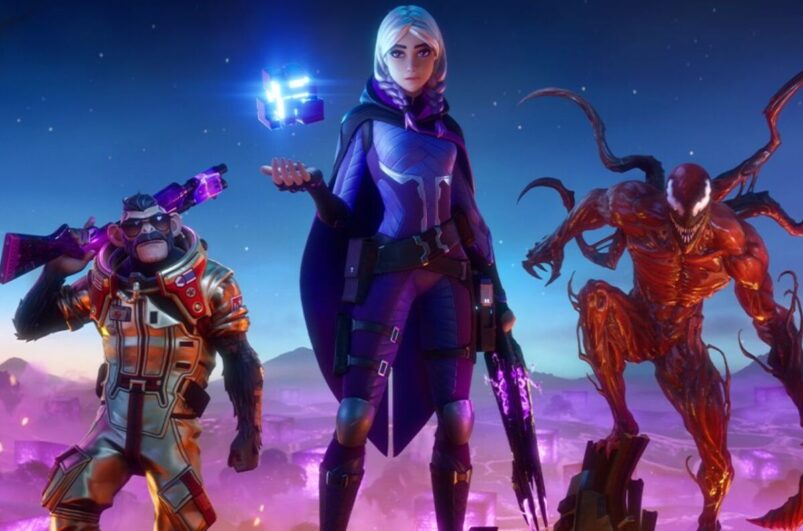 Fortnite: Chapter 2 – Season 8 has been one of the most fun seasons of Chapter 2 with absolute tonnes of content to play aroun with, but it’s time we look forward to a new season and a new chapter with Season 8 coming to a close.

Here’s when Fortnite: Chapter 2 – Season 8 ends, and everything you need to know and do before everything wraps up.

Fortnite: Chapter 2 – Season 8 will conclude with an event called The End that will be held on Saturday, December 4th, 2021 at 4 PM ET/9PM GMT.

Following the conclusion of the event, Fortnite will go offline and Season 8 and Chapter 2 along with it will end. This is similar to how Chapter 1 ended, but it’s not clear yet if we will be going back into the black hole.

It’s very difficult to give the short version of the Season 8 story as there’s so, so many seasons of supporting story to go over first, as well as loose ends that still have no answers.

However, it’s ultimately all about the cubes.

At the end of Season 7, Slone betrayed the loopers (you, the players) and exploded the alien mothership with the loopers aboard, causing the mothership to crash and countless cubes to start rolling around the island.

Over the course of the season, those cubes have been slowly converging towards the middle of the island, eventually resulting in the Cube Queen being unleashed at the start of Fortnitemares. The Cube Queen isn’t here to play nice and instead wants to destroy everything before her.

With the Cube Queen building power, The Event will see all of the loopers coming together in one final battle to determine the fate of the island. Whether IO or The Foundation or any of the other members of The Seven will get involved remains to be seen.

Fortnite: Chapter 2 – Season 8 is scheduled to be in downtime for at least two days as Chapter 3 will be launching on December 7th, 2021.

This means that Fortnite will be in downtime for nearly three days again as Epic make huge changes behind the scenes, with players presumably being forced to wait and watch the black hole all over again like they did at the start of Chapter 2.

What Will Happen To My Season 8 Battle Pass?

With Season 8 finished, everything you already unlocked on your Battle Pass will be yours to keep forever. This even applies to if you’re a Fortnite Crew subscriber and cancel your membership — you’ll still keep everything.

However, you won’t be able to make any extra progress on your Battle Pass levels once Season 8 concludes, so don’t forget you max it out and complete all your challenges/quests before the season ends. Interestingly, Epic has mentioned that all Gold Bars will also be gone at the conclusion of the season, meaning that they may not be returning.

If you’re somehow yet to buy the Battle Pass but often play Fortnite, it will cost you 950 V-Bucks, which will set you back $7.99 / £6.49 or a subscription to Fortnite Crew.

MORE FORTNITE: Fortnite: How To Get The Dark Skully Skin