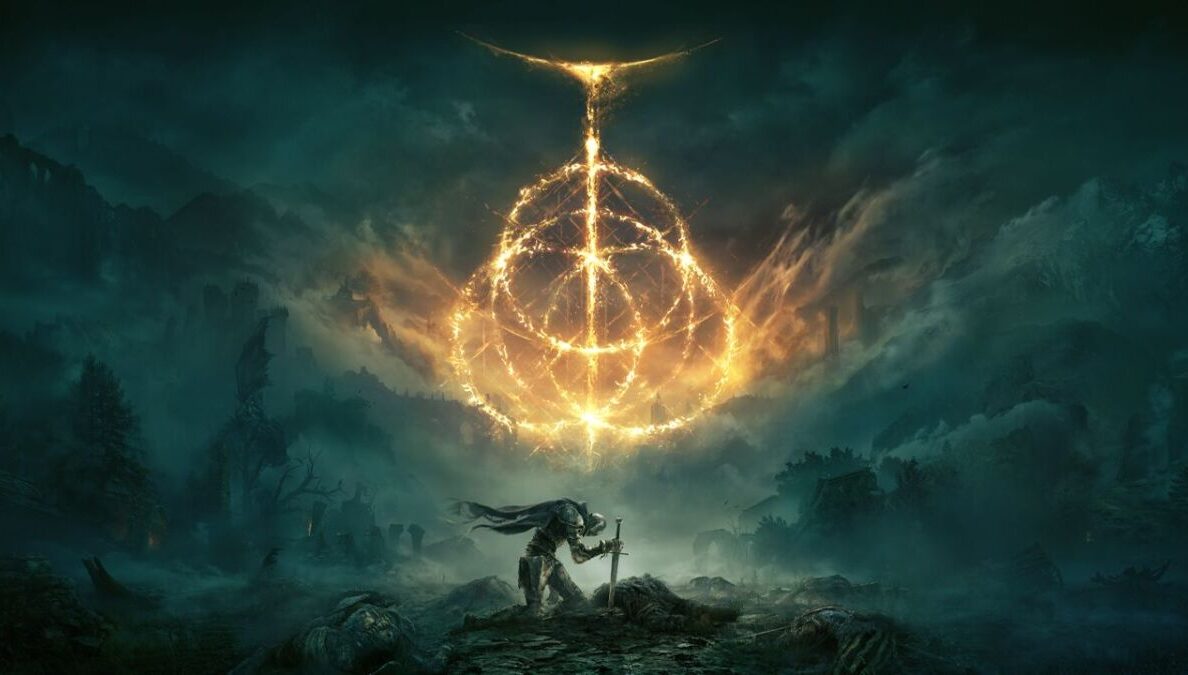 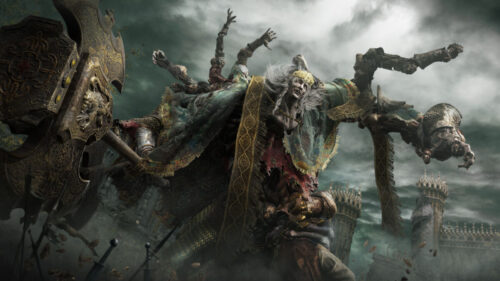 The most anticipated game of the year has arrived. First announced at E3 2019, Elden Ring has been generating buzz for years now, but can it live up to such a high pedigree after all of this time? Absolutely.

Elden Ring is the ultimate adventure for Soulsborne and Souls-like fans alike. The world is massive, with secrets tucked away in every nook and cranny you can find. The first area alone is filled with surprise boss encounters, ruins to explore, dozens of different enemy types, and lots of flora and fauna to collect.

The story takes place in a realm where the titular Elden Ring has been shattered. As demigods vie for control of The Lands Between in the aftermath, you must seek out shards of your own in hopes of becoming the Elden Lord. Like many Soulsborne plots, Elden Ring’s tale offers just enough to shove you in the right direction as you enter the world but never drones on in monotonous cutscenes.

The Lands Between is fully opened up to you from the very start. With the help of your Spectral Steed, you can rip through areas quickly, looking for baubles and treasures, or explore on foot to be more thorough. Combat can be initiated on horseback or on foot, though you’ll be locked out of using the Spectral Steed for specific fights and areas of the game.

While the crafting system was locked in the Network Test, it’s available in the full version of Elden Ring from the start. Though not as robust as other crafting systems, Elden Ring allows you to make items like arrows, buffs, and explosives with just a few button presses, provided you’ve got the ingredients.

This frees players up from the tedium of returning to merchants all the time when key items run out. The system also grows and expands as the game continues, with collectible tomes unlocking new crafting recipes to aid you on your journey. Furthermore, weapons, armor, and shields no longer degrade or break, saving you another tedious trip back to a merchant or blacksmith.

To reiterate how much annoying backtracking has been avoided here, the flask system has also been overhauled. Now you can decide how many health or magic flasks you want based on your own personal needs. Regardless of whether you’re a heavy magic user, dependent on Ashes of War, or a basic melee specialist, the system will work for you.

If I were to nitpick something in Elden Ring, it would definitely be the mounted combat, as swings can be hard to judge and often fall just out of the hitboxes for enemies. However, the visceral thrill of mounted boss battles cannot be overstated. An early optional fight against a dragon, for example, can hardly be completed without the help of your steed, and using it to dodge bursts of fire between strikes is intense and invigorating.

The spectral steed can double jump, overcome most obstacles, and run at a gallop without draining its stamina, so long as you’re out of battle. You can also do most tasks, like healing or using items, while mounted, meaning you don’t have to hop off of your steed all the time. Even better, the Spectral Steed automatically appears under you with a single button press and disappears with a click of the left analog stick. You’ve likely never seen a more intuitive, time-saving form of travel in an open world game. The Spectral Steed truly makes exploring The Lands Between a dream, and what a dream it is.

Red skies hover maliciously over an infected wasteland. Galactic vistas shine from far-off spaces in a secret underground realm. Ominous amber trees glimmer in the distance while wandering ghosts opine their terrible fates. The world of Elden Ring is a sight to behold, and there’s just so much to do in it that you might even feel a bit overwhelmed. Almost any building you can see off in the great distance can be found and explored, and all over the map between you and your destination are hidden caves and dungeons to explore.

Some bosses just pop up out of nowhere, while others must be sought out with painstaking effort. Enemies will attack on their own or in waves, forcing the player to utilize stealth and tactical efforts to achieve the best outcome. There’s never been as many ways to engage in combat in any Soulsborne title before, either.

The natural day and night cycles bring changing enemies and events while weather changes occur as well. Each element brings out a new flavor to your environment and can aid or foil you, depending on your actions and your aims when they come along. For example, go around the Warmaster’s Shack at the wrong time of night and you might find yourself regretting your visit.

The enemies are everywhere and their design is inspired and horrific in equal measure. Like every Soulsborne game, Elden Ring is filled with disturbing monster designs and awful fates for the lost and the damned. Take, for instance, human beings turned into living wasps nests, or hapless religious zealots grafted onto a hulking monstrosity of a boss.

And boy do some of these bosses hit like tanks. I mean, I know the difficulty rhetoric around these kinds of games has been hammered into the dust by now, but wow, Elden Ring certainly takes no prisoners. Adapt or die seems to be the design philosophy here, but you may have to defer to summoning help when it comes to some of the mainline bosses. If you don’t like the “earn every inch” approach of these types of games, you might want to give this one a miss for this reason alone.

Not only does Elden Ring offer starting classes, but your choice can also make a big difference in how you approach the game. Some classes start off with bows, staffs, or spells, while others will have to play the game for a dozen or more hours before they even have access to ranged combat.

Though the game signposts you to your first major bosses, you can easily go off and explore new parts of the map at your leisure if you find them too overwhelming. The optional encounters you’ll find along the way, and the equipment you’ll unlock as a result, can make all of the difference in the world.

This is without even getting into the Ashes of War or Spirit Summon systems. Ashes of War are skills that can be attached to corresponding weapon types, allowing you to use a special attack, buff, or spell in battle. Meanwhile, Spirits will enable you to employ the aid of different kinds of enemies you’ve encountered to help you get an edge in combat, but only under certain circumstances.

The visual presentation is also top-tier, wowing you regularly as you explore the constantly unfurling environments. You could spend an hour alone in the in-depth character creation system, but just wait until you get out into the world. Ominous musical cues let you know when enemies have spotted you, but combat is largely optional in much of Elden Ring, especially if you hop on your Spectral Steed.

Speaking of the music, Yuka Kitamura’s score is often subtle in how it’s presented. Soft piano accompaniment will regularly punctuate the usual silence of Soulsborne exploration, while battle themes thump to life the moment combat is initiated. The boss music is especially excellent, with epic arrangements getting your pulse pounding for the big fights almost every time.

Despite the massive size of the map, each area seems to have its own design motif and unique enemy types. Further, enemies surprise you in some very unexpected ways throughout your adventure, sometimes bursting up from underground or leaping out at you from an enclosed space. For instance, kill the wrong enemy out in the fields of Limgrave and you might find yourself bait for a giant bear in a hurry.

Though much was made of the addition of George R. R. Martin to the lore and world of Elden Ring, the author’s influences are only felt sporadically throughout the journey. The cruel and capricious nature of this world and its cursed denizens are probably the most significant addition, but then, Soulsborne worlds have almost always felt like the doomed realms of a long-dormant apocalypse.

Either way, most of the story is communicated through optional conversations and interactions with NPC characters along the way. In typical fashion, if you don’t want to get into the story of Elden Ring, you can almost completely ignore it as you play through the game.

One last gripe some less experienced players may have with Elden Ring is that some of the systems can feel a bit archaic or unclear. Sometimes you’ll only figure out how certain mechanics work by playing around with them in a safe setting. While Soulsborne veterans will probably be expecting this sort of thing, players used to more conventional open-world adventures might be left scratching their heads from time to time.

Elden Ring is likely everything you’ve expected and more. The massive, meaty adventure you’ll get for your money is more than worth the price of entry and will likely garner an enormous fanbase that will be exploring every inch of it for years to come. It’s a total triumph of a game, only occasionally muddled by design hiccups.

Elden Ring is essentially every other Soulsborne game mashed together with The Legend of Zelda: Breath of the Wild. If that sounds like your cup of tea, then this game will undoubtedly live up to even the heftiest expectations.

A PS5 key was provided by PR for the purpose of this review. 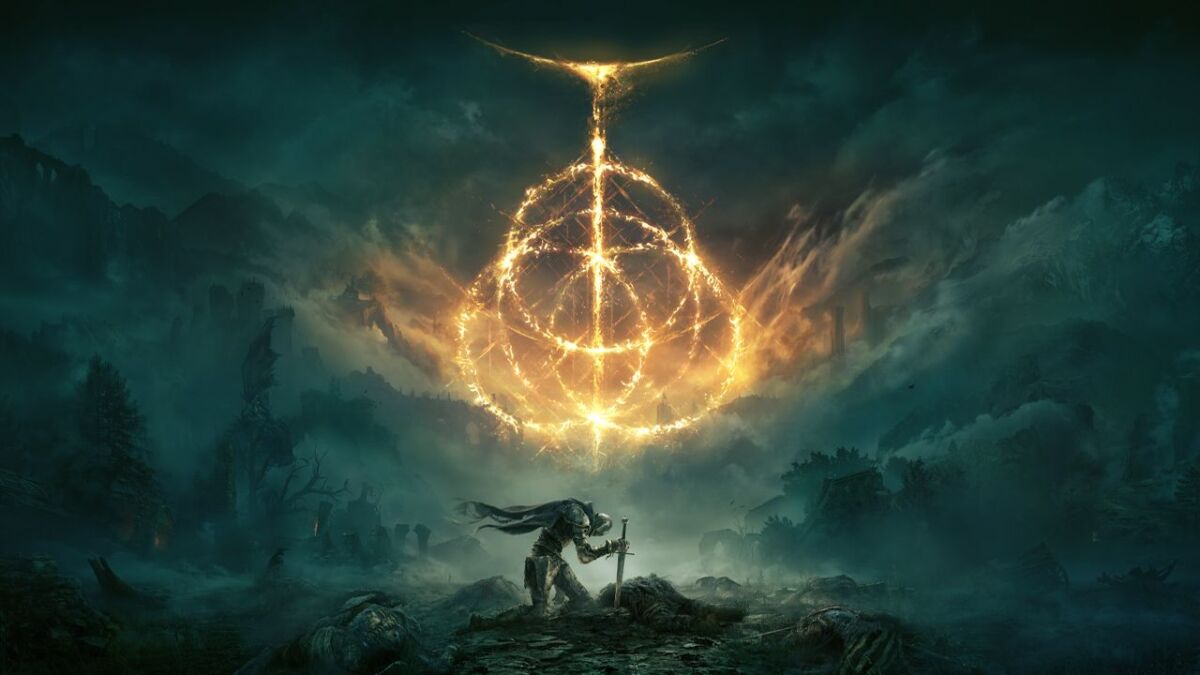 Verdict
An uncompromising vision of wonder and terror, Elden Ring is the ultimate dark fantasy odyssey. It will ask much of players who tackle its challenges but the rewards of seeing your adventure through more than make up for the effort.
10