It has been a winding and mostly wonderful chapter in RWBY’s journey, and the series finale wraps it up nicely. 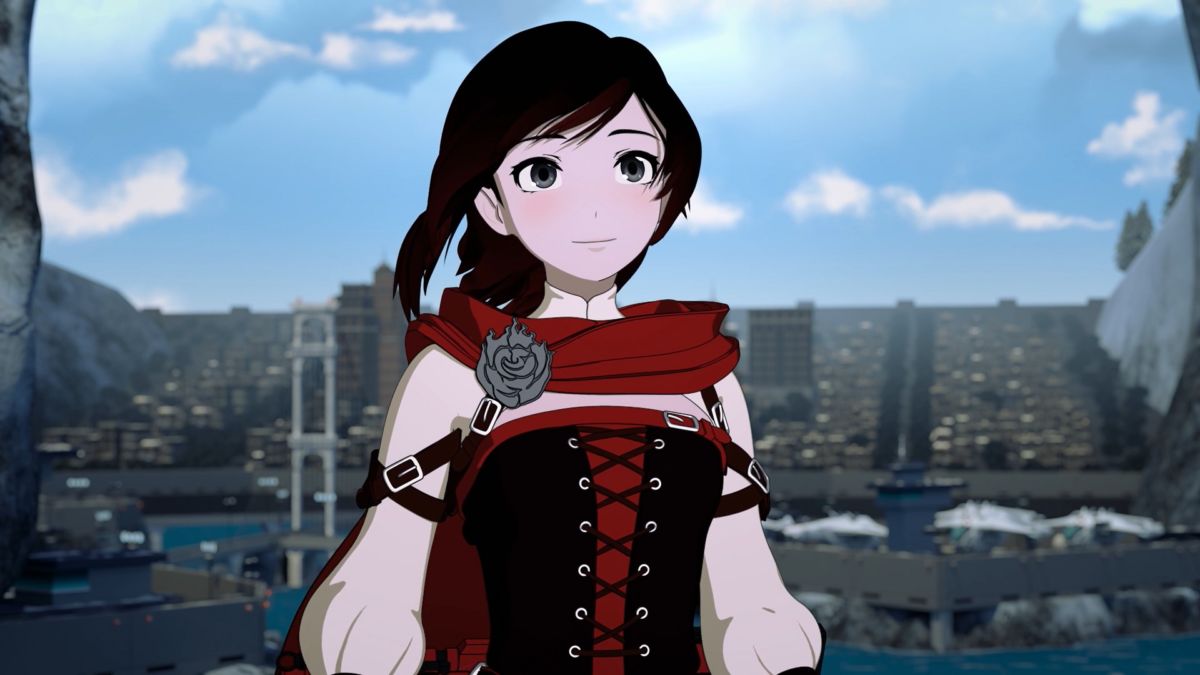 Volume Six has been a hell of a ride for RWBY fans: everything from new friends being introduced, old enemies returning from the dead, frightening monsters threatening to stop the protagonists, the past haunting characters, it has been a winding and mostly wonderful chapter in RWBY’s journey, and the final episode ‘Our Way’ wraps it up nicely.

After the events of the last episode, ‘Our Way’ starts off a little anticlimactically, with Cinder striding towards a disguised Atlas ship, stolen by Neo. In terms of the overall show, it is a good scene and fits with moving the story along: Cinder and Neo get stunning costume changes, the latter wearing Roman’s iconic bowler hat and the former finally getting an eyepatch for her scar. Cinder even gets a moment to twist the knife in fan’s sides by repeating Pyrrha’s last words at the end of Volume three, ‘Do you believe in destiny?’ However, the audience are going into the episode expecting to see the conclusion the battle of Argus. It would have fit better later on in the episode.

The episode cuts back to the Leviathan approaching Argus, with the Atlesian military calling for help and Cordovan still unable to fight. While the friends briefly reunite with Blake and Yang, they quickly turn back to the situation at hand: at first, they contemplate leaving Argus to their own devices, but turn back to try and fight the Grimm. As the Leviathan grows ever closer to the city, Ruby confronts the beast and tries to use the power of her silver eyes, flashbacking in a sequence of beautifully drawn screenshots. However, thoughts of her friends hurt or dying distract her. Just as the Leviathan is about to strike, Ruby calls out to Jinn, freezing time in the process. Amused, Jinn gives her the power she’s been looking for freely, though she ‘will not allow you to use me without a question again, even if this was clever’. It also leaves the question: why would Jinn give information to Ruby so freely? Unless, of course, she knows something that the audience didn’t.

This time, Ruby is successful in using her powers, remembering her departed mother Summer rose in the process. It freezes the Grimm where it stands, but only temporarily. Just as all hope seems lost, Cordovin reappears, the damaged arm of her mecha severed. It should be noted that Kerry Shawcross, one of RWBY’s writers, is a huge fan of Gurren Lagann. This is reflected in the scene where Cordovin’s mecha kills the Leviathan with a giant drill on its remaining arm, almost mirroring the show. With the beast defeated, Cordovin and Ruby confront each other again and have a moment of understanding, Cordovin letting Ruby go, adding ‘I don’t think anyone would notice if one more ship went missing in my lengthy report,’ before turning away to finish off the rest of the Grimm.

As the team fly away, they rest and recount what happened: Qrow and Calavera chat amicably in the cockpit, while Blake and Yang share another tender moment in the passenger area. As the group turn to Ruby to talk about what she accomplished, she brings their attention away from her, pointing out that Oscar, despite being a fourteen-year-old farm hand, made a successful crash landing. Oscar reveals that Ozpin briefly turned up to tell him how to do it, much to the group’s surprise.

Before they can look too much into it, the ship approaches Atlas. The design of the city is interesting: a good portion of it seems to have been pulled up straight from the ground and is levitating above a crater, attached by giant ropes. A smaller portion of the city seems to be burning and smoking on the ground, but the gang don’t seem shocked by this. Did the floating part of the city pull itself up because of an attack? Or is this just the permanent design of the city, with the richer citizens of Atlas living safe in the air and the poorer citizens, maybe even Faunus workers, on the ground and the crater itself being a giant mine? The gang and the audience don’t have a lot of time to appreciate the view, as even higher above the city, the Atlesian air fleet are set up for an attack. ‘Our Way’ concludes with a voice coming over the ship’s comms, welcoming them home.

‘Our Way’ has a post-credits scene in typical RWBY tradition: Emerald, Mercury and Hazel watch shocked as Salem pulls Beriengel, giant gorilla-like monsters which haven’t been seen since the Volume four trailer, from the pools of Grimm. The scene doesn’t just end there, as it is revealed that Salem has been adding wings onto the backs of these beasts. Though the scene is supposed to be intimidating, the designs of these Grimm are a little distracting at their best and laughable at their worst: with wings, the gorilla Grimm just look like big beefy cousins of the flying monkeys from The Wizard of Oz. It’s also a little disappointing, as the post credit scenes have had major significance to future volumes: the introduction of Cinder and Salem, Qrow watching team RWBY as they begin their quest after the fall of Beacon, and Oscar finding Qrow being the strongest examples. This particular one seems lacklustre in comparison to the rest of them.

This episode is an amazing conclusion to a great season. The name of the episode ‘Our Way’ is a callback to a previous episode where Ruby stands up against Qrow. The only aspect of the episode that’s a problem is opening up the scene with Cinder and Neo. While it is needed and helps move along the villain’s side of the story, putting it after the battle of Argus or even after the group approach Atlas would have been a better fit for the episode as the audience is coming in expecting action.

The conclusion of the Volume leaves us with a lot of questions, both in terms of the actual show and the show’s production. As far as the show goes, are Yang and Blake pursuing a romantic relationship or a strong friendship? After the fake out with Cinder at the start of the Volume, is Adam truly dead? With the group in Atlas, will Weiss’ father try to stop the group from their mission? Also, did Cordovin let RWBY go so willingly as she knew the Atlas air fleet would be waiting for them? As for the production, the questions are of a darker nature: after recent sexual harassment allegations, Vic Mignogna, the voice of Qrow Branwen, has been sacked from the company. In a statement from their website, they noted that ‘this will not affect the creative content of RWBY’, most likely meaning that another voice actor will take on the role. The question is who? There’s not much the fans can do now but wait.

Verdict
‘Our Way’ is a strong end to an even stronger volume, closing this chapter of RWBY’s journey in a more than satisfying manner.
8.5
Cultured Vultures is a pop culture website established in 2013 covering all things gaming, movies, and more. We eat your words.
All The News On The Biggest Games