Fortnite Season 9 Fortbyte #32: Accessible By Wearing Kyo Pet Back Bling at the Northern Most Point

A quick guide for Fortbyte #32. 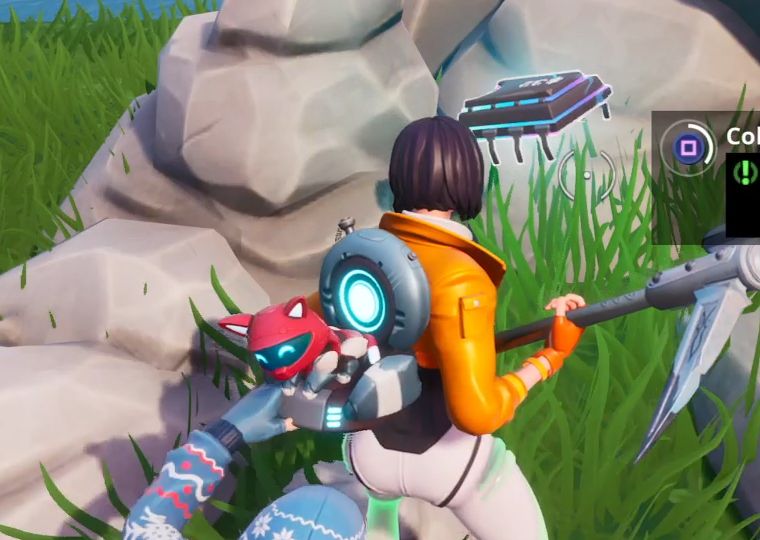 A new introduction for Fortnite Season 9, Fortbytes are Epic’s ambitious attempts to make players log in daily for new rewards, as well as to unlock a mystery that might signify what we can expect from Season 10. Just in case you were wondering, the milestone should feature the return of Greasy Grove, Anarchy Acres, Bouncers, and the Tactical SMG. I’m really not asking for much here.

Each day, players get a new Forbtyte hint and then must go on and find it on the Fortnite island. It doesn’t matter which competitive mode it is, there are Fortbytes strewn all across the land as part of scavenger hunts. Players can also unlock new Fortbtyes simply by levelling up their Battle Pass or by finishing in specific positions a number of times throughout the season. Every five or so Fortbytes will give you a new cosmetic reward.

Each new Fortbyte unlocks at 2PM BST daily; here’s the times for everywhere else. If you’re wondering how to get Fortbyte #32, which is Accessible By Wearing Kyo Pet Back Bling at the Northern Most Point, here’s everything you ought to know for Fortnite Season 9. 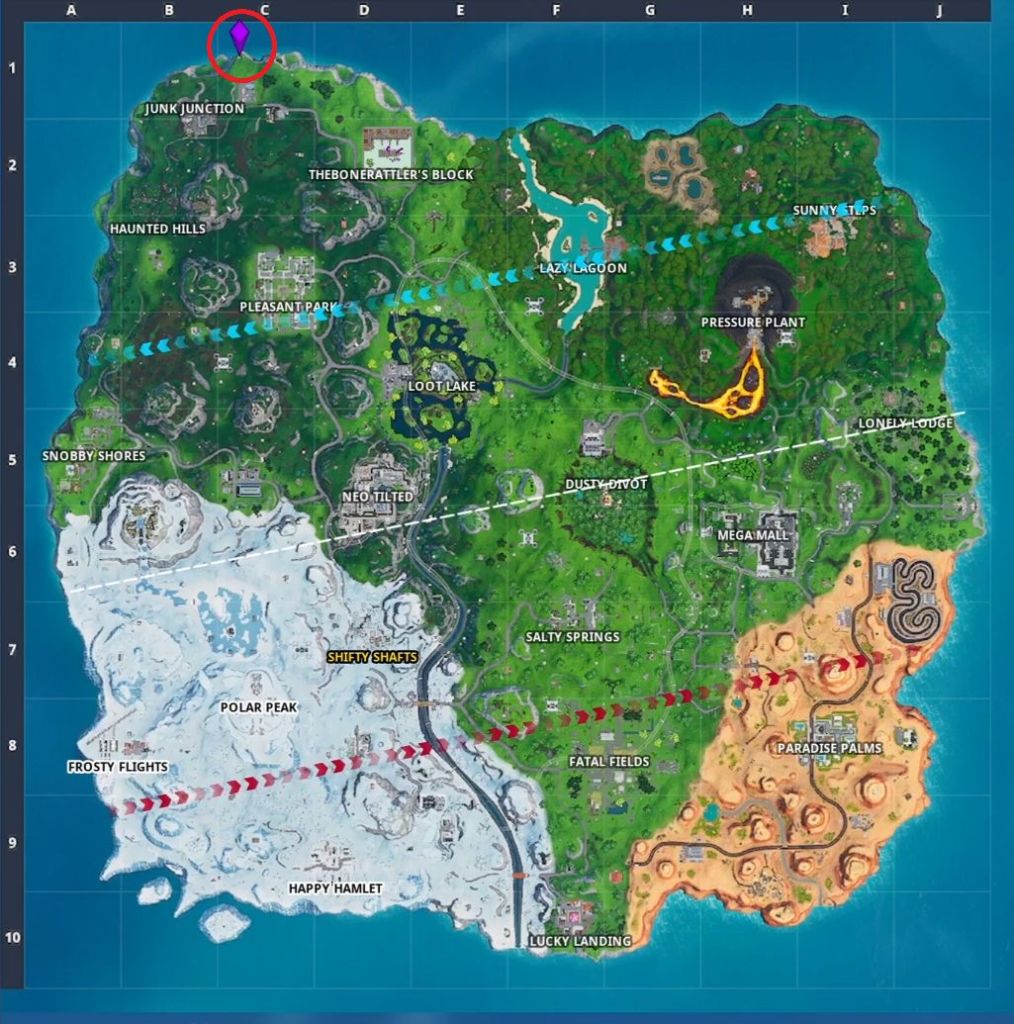 Fortbtye #32 can be found in C1 right at the tippy top of the map, which will be familiar to anyone who remembers the challenge in Season 8 that asked you to visit all four points of the Fortnite island. This will be out of the way from everything, so unlike other Fortbytes where you get instantly gunned down, you may actually be able to go on and have a normal match.

Fortbyte #32: Accessible By Wearing Kyo Pet Back Bling at the Northern Most Point 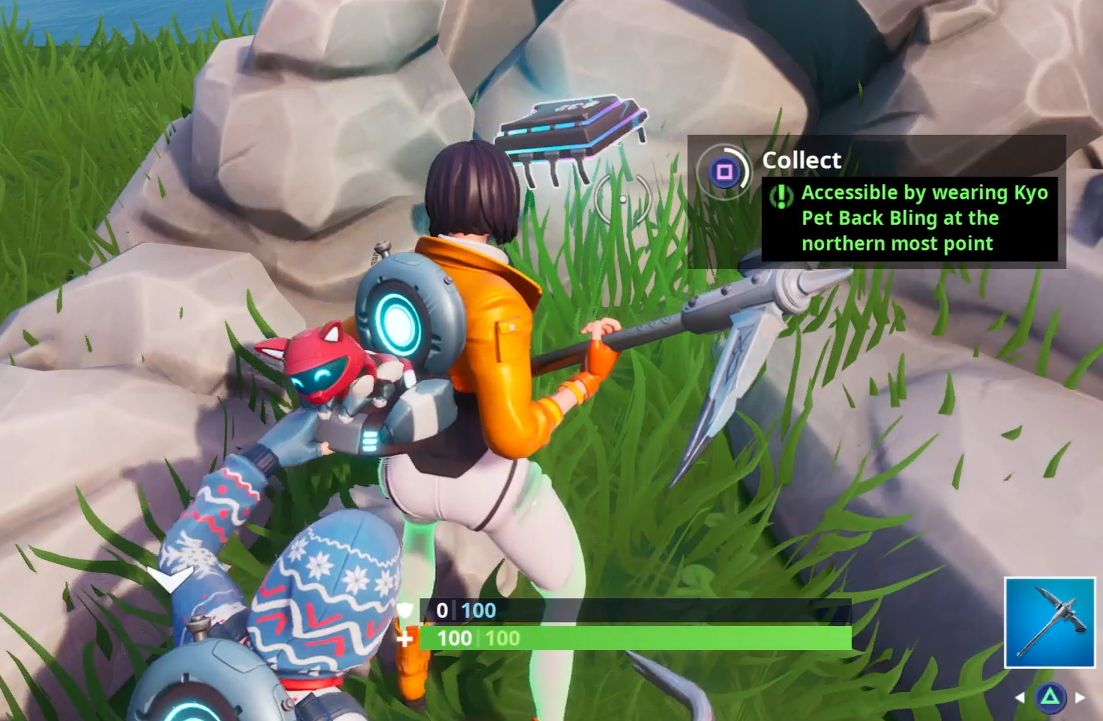 Making sure you have Kyo set as a Back Bling, simply walk up to Fortbyte #32 to access it.

You can only equip Kyo as a Back Bling after reaching tier 28 on the Season 9 Battle Pass. Unfortunately, it does not look like free players will have much luck with many more Fortbytes.

You can jump right off the edge of the map if you just want to get the Fortbyte dusted off as quickly and into another match.

Fortbyte Fortbyte #32: Accessible By Wearing Kyo Pet Back Bling at the Northern Most Point Video Guide

Fortbyte #32 is yet another intriguing micro-challenge from Epic that makes you to log in and spend more time in Season 9. We’re currently in the third week of Fortnite Season 9, so expect more and more of these Fortbyte chin-strokers to revolve around stuff found on the higher tiers of your Battle Pass.

On that note, we’ve compiled a exhaustive Fortbyte guide if you have some Fortbytes left to collect and a Loading Screen to unlock.

Before this, Fortnite asked you to find the Fortbyte within a Taco Shop, and then to use the Tomatohead emoticon within a restaurant.