Fortnite: How To Get The Khari Galaxy Skin For Free 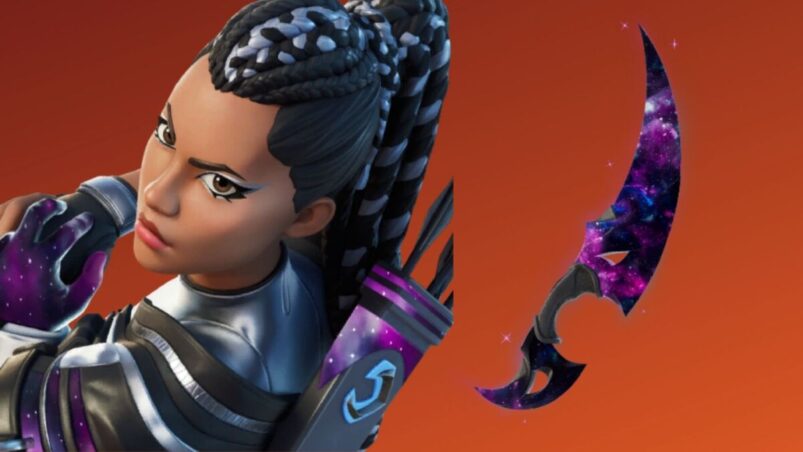 Fortnite and Samsung have collaborated multiple times in the past, with beloved skins like Galaxy and Galaxy Scout as a result They are either sold exclusively for Samsung devices, or an Android-only tournament is held for players to compete for a chance to obtain the cosmetics.

A 3rd Samsung Galaxy Cup has been announced for Fortnite, bringing brand new rewards for those able to play. This time, it’s the Khari skin, which you can get for free. Previously, they have given skins to the top percentage of players in the tournament, which retroactively give a major discount to the full set when it arrives in the Item Shop.

Here’s everything you need to know about Khari, this season’s Galaxy skin, and Galaxy Cup 3.

When Does The 3rd Galaxy Cup Take Place?

The 3rd Samsung Galaxy Cup has been announced to take place during July 16-17, 2022 and the most recent Fortnite update brought an entire set of cosmetics akin to previous Galaxy skins. It is a Zero Build solos tournament that must be played on an Android device.

Previous tournaments were not that special in regards to gameplay, using already available Fortnite game modes as their template. However, with Epic Games taking these collaborations to a higher level, alongside their wallet, we could see some innovation to this years-old formula.

“A worthy hunter whose enchanted arrows never miss their mark.”

Differing from previous Galaxy skins, Khari has a full battle-ready design without the classic universe-peeking look. Instead, the Pickaxe in her set, as well as the Spray, keep the style in tradition.

How Do I Unlock The Khari Skin For Free?

Galaxy Cup tournaments usually provide only the outfit and its accompanying back bling to those with the best competitive performance in-game, varying per region, and it’s the same here.

We will update this when we get more specific info for rewards per placement, as Epic has forgotten to share the official rules. However, players can get the Galaxy Creation Spray seen below by netting 8 points.

You will also be able to buy the cosmetics in the Item Shop down the line, as players who place well in this tournament will also get the Terrabound variant for the skin.

The placements points for the Galaxy Cup 3 are as follows:

Players will also earn a point per elimination.

Tournament rewards are added to your account up to a week after being eligible for them.

When Will Khari Arrive In The Item Shop?

UPDATE: Khari has been confirmed to arrive in the Item Shop, but does not have a release date.

ORIGINAL STORY: Khari does have an Item Shop tag in the game’s files, meaning she could arrive as purchasable on a later date. However, the set still needs some internal work before being sold, so it won’t arrive before the next Fortnite update.

Her rarity is Epic, so the price is likely to be 1500 V-Bucks. When the set receives proper Item Shop support, we will update this section.