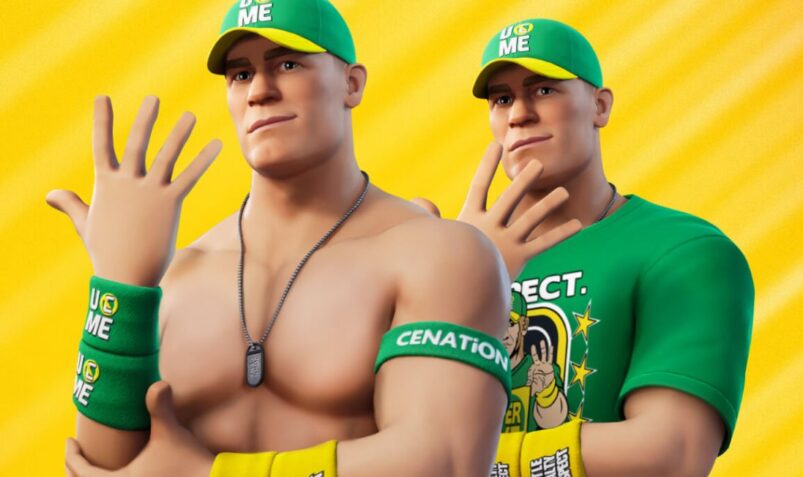 If you’ve ever wanted the possibility of seeing The Rock vs John Cena in Fortnite, you are finally getting your wish with the reveal of a John Cena skin.

One of WWE’s most bankable, dependable names is coming to Fortnite as a skin, starting what will likely be a long-term collaboration between Epic and WWE. John Cena is currently a part-time talent, having become a 16-time champion over the course of his full-time tenure in the big E with him now mostly focused on Hollywood. There are countless wrestlers who would fit right in on the Fortnite island, but John Cena is the perfect name to start things off if for nothing but the immense meme potential.

Here’s everything you should know about the John Cena skin in Fortnite.

John Cena in Fortnite is a clearly visible skin with two different styles, one wearing his Hustle, Loyalty, Respect shirt and one without.

The John Cena collaboration will also bring the WWE Championship belt as a Back Bling, Five Digit Slapper Pickaxe, and U Can’t C Me Emote, which you can check out below.

All of the John Cena cosmetics are of Epic rarity.

Players are able to get a John Cena bundle that includes all of his cosmetics for 2000 V-Bucks.

John Cena will release in the Fortnite Item Shop on July 28th, 2022 at 8PM EST, and will likely remain for sale for at least a week before cycling out again. There’s no reason to suggest that he won’t ever return to the Item Shop after this date.

This collaboration is to coincide with SummerSlam 2022, WWE’s annual summer PPV. John Cena isn’t currently scheduled to appear on the show, but him being a part of this crossover might just be the early confirmation of a surprise appearance.

Find out all of the details at fn.gg/JohnCena.