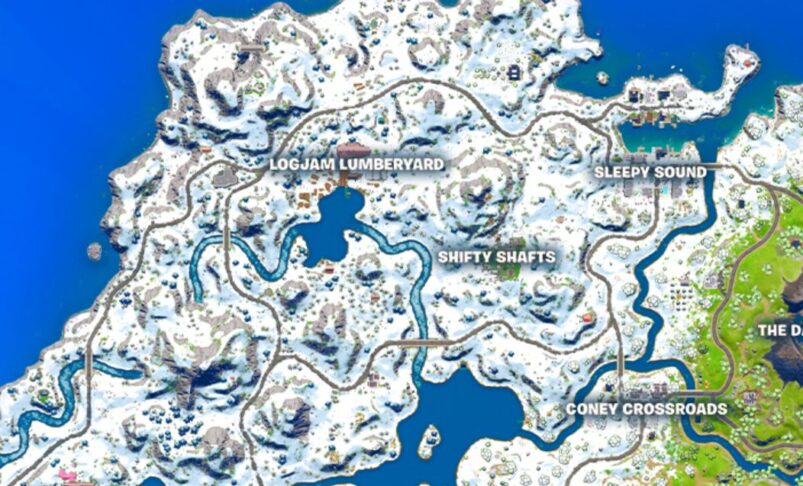 Fortnite: Chapter 3 – Season 1 has brought with it a whole heap of changes, one of the biggest no doubt being a new map.

Here’s everything you need to know about the new map for Chapter 3 – Season 1, including which old POIs are returning, what’s new, and even what you might be able to look forward to in the future.

The most major thing about the Chapter 3 – Season 1 Map is that there’s nothing that’s absolutely in the center of the map like there has been in previous seasons. There’s nothing like The Agency or Loot Lake.

Most notably, almost the whole map is currently covered in snow, which won’t last forever — it’s just to tie in with the Christmas season. Once that thaws, we should see even more POIs appear.

Here’s a list of every POI and location in the Fortnite: Chapter 3 – Season 1 map; bold means it’s a returning location in one form or another:

Greasy Grove and Shifty Shafts return from Chapter 1, and it looks like Tilted Towers will also be coming back in the future.

Exciting times. However, let’s take a second to pour one out for Retail Row and Pleasant Park, two fan favourite landing spots that are no longer in the game having been around almost constantly since Chapter 1.