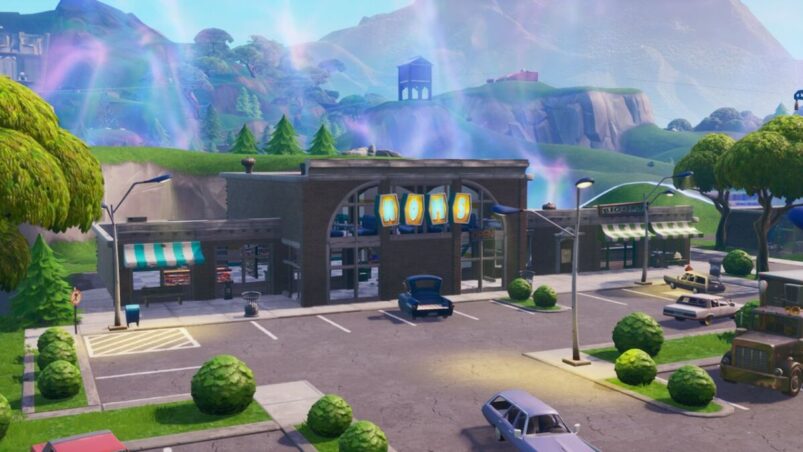 Fortnite: Chapter 3 – Season 1’s biggest introduction is no doubt its new map, which adds a whole heap of new POIs to check out and loot. However, it also removes two fan favourite POIs: Retail Row and Pleasant Park.

Retail Row has only ever been missing throughout the whole of Fortnite for a brief period in Chapter 1 when the volcano erupted, destroying it and replacing it with the far less popular Mega Mall. While it was brought back and moved to the east at the start of Chapter 2, it remained one of the more popular landing spots across the whole game.

Pleasant Park, meanwhile, has pretty much always been a part of Fortnite’s map before the launch of Chapter 3. While it has been changed here and there, it’s only ever not been called Pleasant Park in Chapter 2 – Season 4 when it was transformed into Doom’s Domain. It was then reverted back the following season.

Other notable POIs that have been removed include Holly Hedges, Lazy Lake, Dirty Docks, Steamy Stacks and Craggy Cliffs. Even Salty Towers/Boney Burbs (a combination of Salty Springs and Tilted Towers) and Flush Factory have been removed.

This is obviously going to be a bit of a blow for long-time Fortnite fans, but with a whole new map to look forward to, hopefully the loss of these two classic POIs won’t hurt so much.

And let’s not forget that just because Retail Row and Pleasant Park aren’t a part of the map now, it doesn’t mean they won’t be again over the course of Chapter 3. Just look at how much they tried to bring Tilted back with a few twists in Chapter 2.

After all, now that we know the map can be flipped, who’s to say that we might not end up with rotating maps?