Home
Gaming
Is Evil Dead: The Game Single-Player Worth It?
Gaming
·4 min read

Is Evil Dead: The Game Single-Player Worth It? 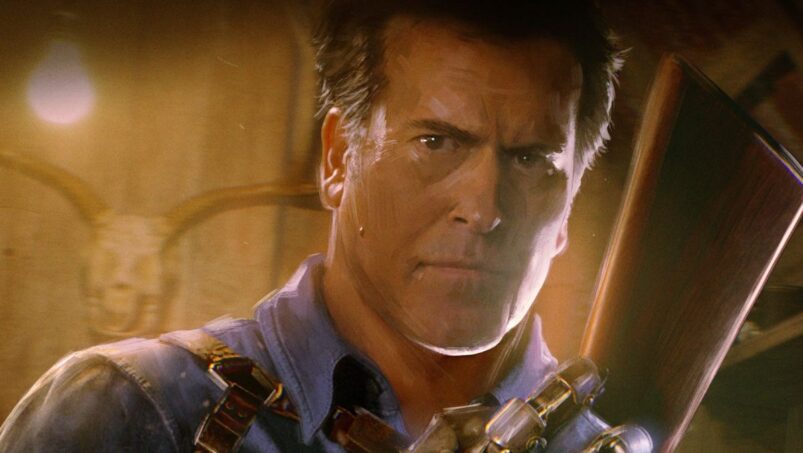 Evil Dead: The Game is the biggest Evil Dead game to date, a multiplayer-centric PVPVE release that sees four survivors trying to take on a Kandarian demon controlled by a fifth player. It’s similar to Dead By Daylight in some ways, but is an altogether more ambitious game with a huge map to explore. But, unlike Dead By Daylight, is Evil Dead: The Game worth playing in single-player?

Well, first off, the important thing to note about Evil Dead is that it’s completely unplayable when you aren’t connected to the internet — you can’t even get past the very first screen. This may not be an issue for some or even most players, but it is a pity that there’s a chance that the entirety of its content will be unplayable one day when the game’s servers go offline, or if the platform you’re playing on has network issues. Add in the fact that you need a PS Plus or Xbox Live subscription and it’s an even odder choice for it to be an entirely online game.

If that’s not too big a roadblock for you, then there is a decent amount of content for you to tuck into if you’re playing solo. The most attractive option are the Missions, which basically introduce you to some of the basic mechanics and allow you to unlock new characters while also going over some of the most iconic moments in the franchise.

The first Mission sees you playing as Ash in Evil Dead 2, with you starting off in the cabin having just disposed of Linda. It’s not long before you’re hunting down a shovel and her head to finish the job for good, with Linda even berating you the whole time once you dig her up. It’s a really fantastic replication of the real thing and is actually the most authentic adaptation of the movies we’ve had to date — it’s well worth playing, especially in the kind of fidelity that the newer gen provides.

There are five of these Missions in total, ranging from playing more as Ash to even Pablo and Lord Arthur. You unlock four characters for completing these Missions, with each of them having a unique or different hook but all basically coming down to killing Deadites. You can also unlock new outfits and special Knowby recordings by making your way through this mode.

While the rest of the Missions aren’t quite as great as the very first Mission, they’re still absolutely worth playing through, though probably not worth the game’s asking price on their own. You can finish them all off in a few hours, with a lot of that length coming from having to replay the same extremely challenging levels. Honestly, it does feel like these Missions haven’t quite been balanced for entirely solo play as the “bosses” can hit very hard and the resources can be even harder to come across, so it’s really a case of learning enemy and resource spawns while limiting the amount of damage you take as best you can. You also aren’t able to use abilities to level the playing field at all, so yes: expect a bit of frustration, especially on the Kill ‘Em All Mission.

Once the Missions are all ticked off, you then have the option of playing the main mode entirely with and against AI bots instead of other players. However, there’s something important to bear in mind before you start with this: you do not earn any XP while playing solo with bots, meaning that you cannot level up any of the characters. This makes it all slightly pointless, and is the same issue that Back 4 Blood had at launch — it’s odd that Saber didn’t learn from that.

If that doesn’t completely put you off, you can still have some fun with the game in solo play, though the AI can be more than a little unreliable. They do nothing without you doing it first, which is good for keeping you all together in one place, but does mean that you feel like you have to do everything. As well as that, they take their sweet time to revive other players and make absolutely no effort to avoid damage or to stop possessions, so they’re almost always low on health very early on in a match. They’re pretty much useless in the final stages of a match and will just go down again and again.

Away from solo play without any progression, there’s very little for you to do in Evil Dead: The Game. There’s a tutorial and you can also listen to recordings, but that’s pretty much it for your solo options, apart from the aforementioned Missions. If you’re playing Evil Dead solo, you might not have a very groovy time, at least not for more than a couple of hours.

Ultimately, Evil Dead: The Game is a very hard sell if you’re coming into it with the intention of playing it single-player. The Missions are great but scant, while the lack of any progression as you’re playing with bots really kills any desire to play more than a couple of matches. While it’s being sold at a reduced price, it may still be too high a price for any Evil Dead fan looking to complete their collection who doesn’t want to take the action online. If you want to play the Missions and the Missions only, wait for a sale.

READ NEXT: Evil Dead: The Game: Can You Change Difficulty?