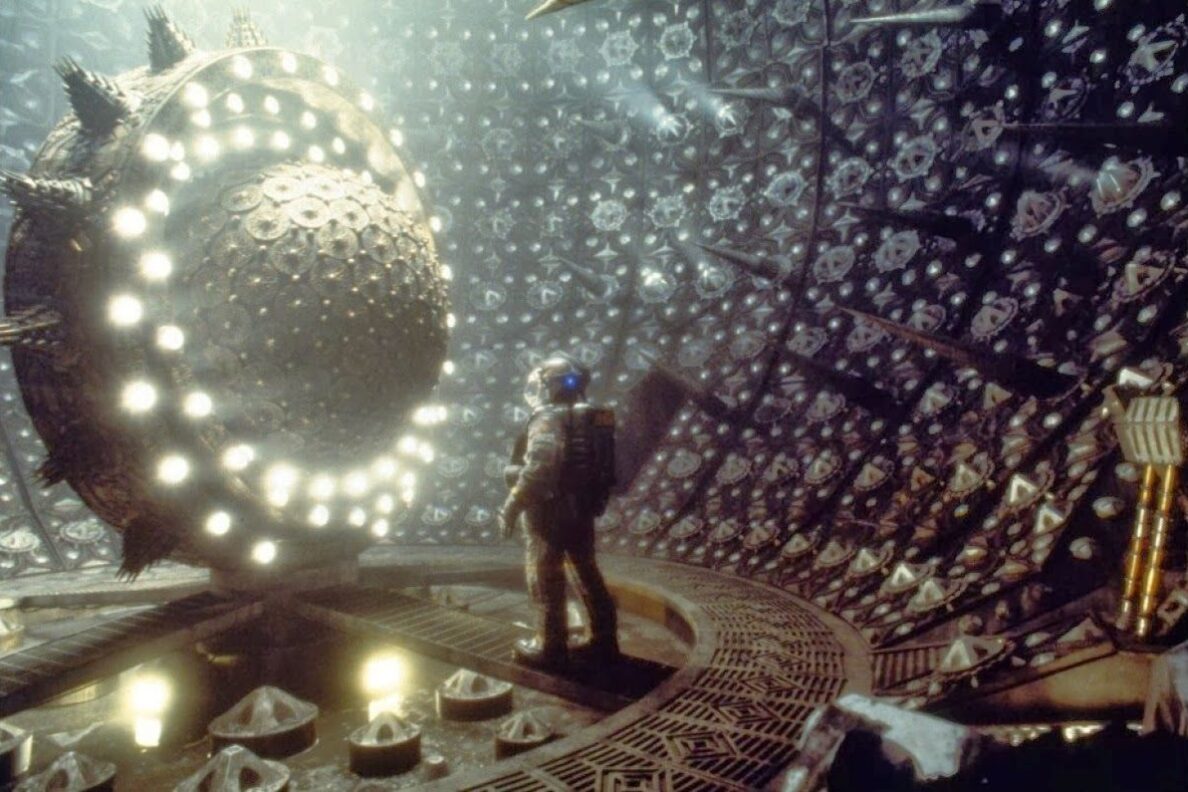 Event Horizon has the unfortunate fate of being directed by Paul W.S Anderson, whose films are always a bit of a mishmash. There is an intense focus on ‘cool’ moments, and all the other more important beats of storytelling are sometimes left by the wayside. His films are watchable, due in main part to the cast attached, but they don’t stand the test of time. I mean, I love Mortal Kombat, but what I like best about the film are the solid performances from Robin Shou and Linden Ashby.

Event Horizon suffers from the same fate – held together by a strong cast, with a story that goes off the rails in the third act. So why the continued fascination with the film years later, so much so that even Amazon has announced its plans to reboot it? Perhaps it’s all the wild stories that surround Event Horizon, about the mythical original 130 minute cut that was so terrifying that the first test audiences couldn’t handle it. It was subsequently cut to 96 minutes, which is about ten minutes shorter than Anderson would have liked it to be.

According to Anderson, much of the darker, more gruesome footage was shot later on in production, so a lot of the actors themselves didn’t get to see the full extent of it. All that exists is the brief moments in the film we have now, which is the scene where we get to finally see what happened to the Event Horizon crew. We aren’t privy to the full extent of it, but these glimpses speak of some kind of masticating, hellish orgy, and despite my curiosity, I haven’t dared to actually pause the film to take in all the gory details. Even today, about 20 years after I first watched the film, I still can’t watch the captain’s log without closing my eyes to block out the horror.

As you can imagine, fans were eager to see the full breadth of Anderson’s vision (the Anderson cut might have started trending if social media was a thing back then), but alas, this wasn’t possible, since all the footage was lost due to poor storage conditions. This sent everyone’s imaginations ablaze, and in every forum/subreddit that discusses the film, this fabled lost footage would be speculated about, with everyone lamenting that this could have been a great horror flick without studio interference.

A lot of the discussion involving the film involves what it could have been. But what about what it is now?

The film definitely suffered from the cuts as it begins a little in medias res, where we are introduced to Dr Weir (Sam Neill) and the crew, with a certain mystery as to how we suddenly got to this point. Some character backstory is missing as well, since there seems to be this tension between Miller (Laurence Fishburne) and Starck (Joely Richardson), but it’s never explained. Peters’ (Kathleen Quinlan) story also felt like it was meant to be fleshed out more, considering the way she dies in the film, yet all we got was this ambiguous dance that made her death not as impactful as it could have been. Also, the way her fall was shot gives away the game – you can tell it’s a dummy from the way the body lands, which kind of breaks the immersion a little.

However, there were some strong moments of characterisation, especially for Miller and Dr Weir. When we meet Miller, he is this no-nonsense captain, demanding answers from Weir, yet keeping everything tension free. He learns as much as he can about the situation, and you can see that his priority is keeping his crew safe at all costs. We discover that his own guilt drives him, since he was forced to leave a crew member behind to ensure the survival of everyone else, and the man’s death eats at him. The way Fishburne delivers the monologue about fire at zero gravity is one of the most haunting moments in the movie. We see his pain, guilt, and determination, all in this one moment.

Anderson describes Event Horizon as a haunted house movie set in space, so the setting had to deliver on the mood and atmosphere the film was striving for. In a Q&A about the film, he mentioned that they wanted a gothic feel, so they scanned the Notre Dame Cathedral and used that as the base modelling for the ship itself. The ship’s design is one of the best things about the film, with each segment of the ship horrifying in its own way. It makes us feel unsettled, like no one is safe, and there is nowhere you can hide. As soon as the crew set foot on the ship, you know things are going to go sideways. Compared to regular haunted house movies, which are already terrifying enough, because this is space, it is simply not a matter of just stepping out. With their own ship barely hanging on, this ship is all they have, and there is no chance of any external help.

The characters also feel so real and relatable. When Peters refuses to return to the medical bay after her weird experience there, Miller agrees. He doesn’t discount the crew’s experiences or his own, and because of this they realise the true horror of what they are dealing with. The moment he sees the captain’s log, he announces that they are leaving. Not only that, he is going to blow the Event Horizon to smithereens. In horror movies, we sometimes get so frustrated due to the characters’ sheer idiocy in moments like this, where they decide to ‘investigate’ the sound or confront the horror. There is only one such moment in Event Horizon, which is Justin (Jack Noseworthy) touching the black liquid thing in the core, but his inexperience and the compelling nature of the core might have instigated this a little.

There are some really effective set pieces as well, like Justin’s whole moment in the airlock and D.J’s death. Weir’s transformation is pretty freaky stuff too – his guilt is apparent from the shrine he has of his dead wife, and when we learn of the nature of her death (that of suicide), we understand why he embraces the darkness of the ship. That whole monologue, where he talks about where they are headed, and how they won’t need eyes to see, never fails to give me the heebie jeebies.

If that few seconds of the captain’s log is a mere taste of hell, what will the full measure of it be? It is enough to drive us all a little mad thinking through the possibilities, our dread amplifying as we hope things end before we get to see what this hell is – the embodiment of what cosmic horror does well. It also gives a new element to the horror that resides in space travel, where before it was aliens and creatures that might try to kill us, but now, we are made to consider that our own hubris could lead us to hellish dimensions, places where there is no escape from the torture and suffering we have to endure. Murder by space creature sounds delightful compared to an infinity of agony.

Then there’s the third act, which goes into full action movie terrain, ruining all the good work that had been established before. Weir goes into full hulk mode, flinging Miller around the core room, and the two wrestle in ‘blood’. Compared to the scenes before, this final act lacks tension, and while Miller’s sacrifice completes his character arc, all the previous momentum is lost. There are some cheesy, comedic moments that make things confusing tonally, like Cooper (Richard T. Jones) zooming back to the ship with his jetpack or his groan-inducing coffee joke.

Event Horizon didn’t perform well critically, with a score of 29% on Rotten Tomatoes. Reading through the reviews, generally the film’s rotten status is attributed to the third act, with some feeling that “the desire to brutalize the viewer” was just too much. I can definitely see what they’re getting at, and the film is certainly a mixed bag. But it sure as hell terrified me. Maybe because I saw it with young eyes, and that horror has stayed with me all these years, so even now I can’t watch it without feeling utterly disturbed.

But we all have one of those movies, don’t we? I don’t find The Exorcist terrifying, yet my mom and dad do, and they are braver than I am when it comes to horror. It is interesting how supposedly over time we become more desensitized to horror and gore, but some horror movies never stop being frightening because of the past baggage that comes with it.

Years later, I can completely understand the continued interest in this film, not just because of all the fables that surround it, but of who we were when we first watched it. We discuss this first time with whispered awe, welcoming newcomers with open arms, curiously looking forward to the reboot that may come, but knowing that we might not have the courage to actually partake when it does.