How far are you willing to go for fame? 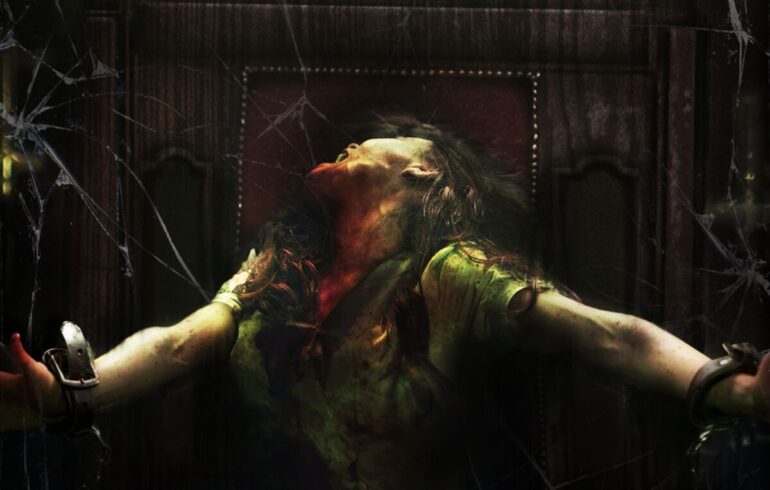 Few landscapes within the 21st century are as ripe to tell innovative horror tales as social media is. And while the advancements made by technology are vast, it also fuels those consumed by narcissism who are willing to exploit it. Enter director Damien LeVeck’s The Cleansing Hour, an exorcism film with a social media spin.

The Cleansing Hour is a live stream show in need of a big break. Run by Max (Ryan Guzman), a fake priest, and producer Drew (Kyle Gallner), these entrepreneurs orchestrate fake exorcisms that are broadcast across the globe. With their viewership dwindling, the duo needs a big break to take them to the next level.

Though by the end of the night, they’ll regret their wish for stardom.

A last-minute cancellation results in Drew’s fiancé Lane (Alix Angellis) taking over the reins of the evening’s possessed victim. But as the broadcast begins, Lane starts taking her role a bit too far, and it doesn’t take long for the duo to realize that this is one exorcism that’s out of their control. As the night takes a hellish turn, all parties involved, both human and demonic, must take a look at their past to survive their present.

First and foremost, The Cleansing Hour succeeds as a satire of social media and livestreaming culture. Whether it’s Max’s ego as a social media darling or stream splash ads for the Vatican approved merch they hawk, writers LeVeck and Aaron Horwitz exploit streaming culture for laughs. The flip side to the film’s humor is showing the extreme lengths streamers will go to ensure they retain viewership in the face of one’s own safety. This is, obviously, exaggerated to an extraordinary degree, but the idea that someone would be willing to endure physical harm to keep an audience engaged is a real world predicament.

Early on, the demon possessing Lane threatens to kill its host unless Max confesses to being a fraud to his audience. Max struggles with maintaining his persona over saving another’s life, and while it’s an exaggerated perception of streamers’ self-centeredness, there’s certainly some truth in there.

While LeVeck capitalizes on The Cleansing Hour’s social media spin, and commentary that goes along with that, the film’s exorcism scares fall a bit flat. The beginning indicators of a demonic presence are overly reliant on genre standard scares, both jump and hallucinatory. One character sees a sink full of blood; another sees demons crawling around an alley. The more supernatural moments also rely on underwhelming CGI, which struggles to hide its limitations in bringing demonic entities to life. Fortunately, the film balances these underwhelming instances with solid practical gory moments that succeed in their gruesomeness. Whether it’s Max forced to dance on shards of glass or a production assistant slicing at hallucinations crawling on him with a knife, the film does occasionally deliver bloody, satisfying moments.

The Cleansing Hour’s somewhat mundane scares are held together and given life by Jean-Philippe Bernier’s strong cinematography. Bernier’s traversing of the singular setting gives it a sense of claustrophobia and consistent unease. He ensures that even scenes that are straight out of the exorcism playbook at least have an added layer of tension. Overall, The Cleansing Hour owes a lot to Bernier, who avoids ever allowing the film to look or feel cheap, even if the events themselves don’t always feel the most inspired.

As for our core trio cast of sinners and saints, Alix Angellis’ gives the standout performance as Lane, the possessed innocent bystander. Disturbing and gruesome makeup design aside, her performance is equal parts menacing and heartbreaking. She embodies the turmoiled essence of every possessed victim, interchanging demonic taunts and human pleads for help. The remainder of the cast serve their purpose well enough, but the latter half of the film feels more reliant on melodrama to ever be truly compelling.

The Cleansing Hour’s unique spin does enough to allow this somewhat boilerplate exorcism film to be more memorable than it should be. These brief spurts of originality and gruesome practical work converge into a finale far stronger than the film’s first half suggested it were capable of. Fans of exorcism films in need of a modern spark of creativity will get the most of this, though most will pray for more scares. 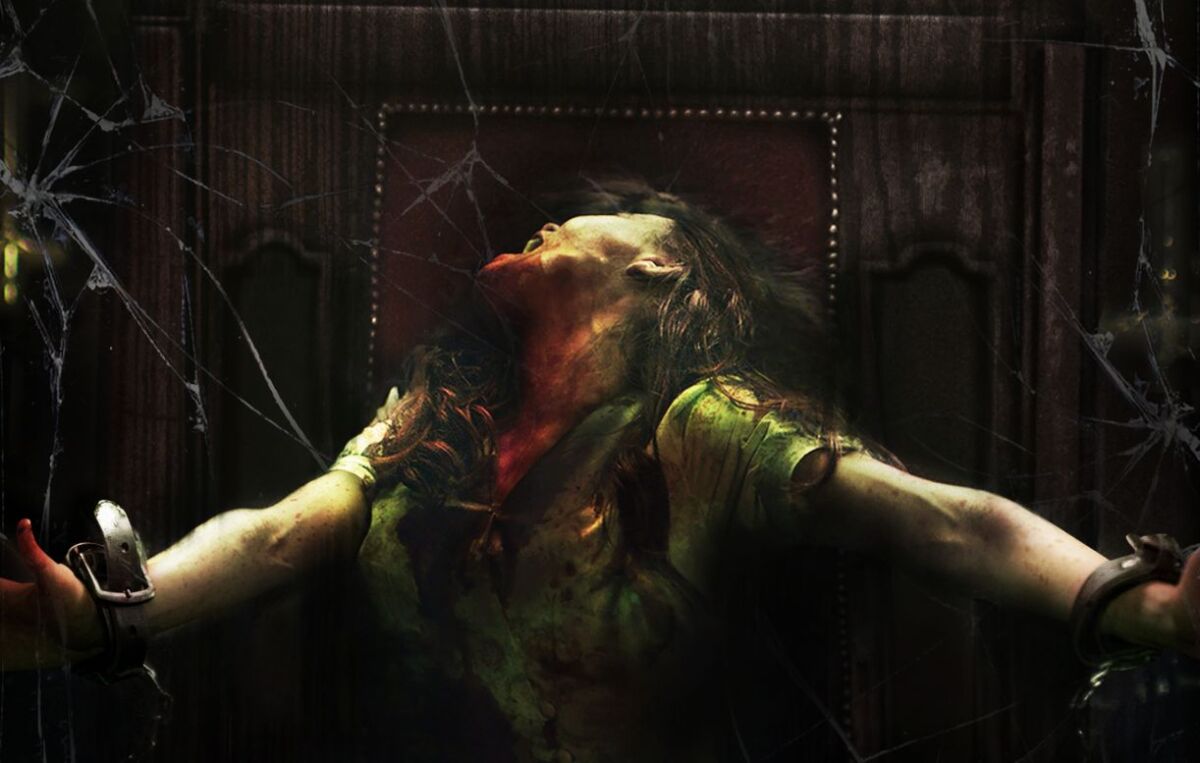 Verdict
A 21st century technology spin gives life to a boilerplate exorcism film that, while light on big scares, has strong production value.
6.5
Cultured Vultures is a pop culture website established in 2013 covering all things gaming, movies, and more. We eat your words.
All The News On The Biggest Games