Ma Rainey’s Black Bottom is a powerful, electrifying force that should be at the top of your Netflix queue this December. 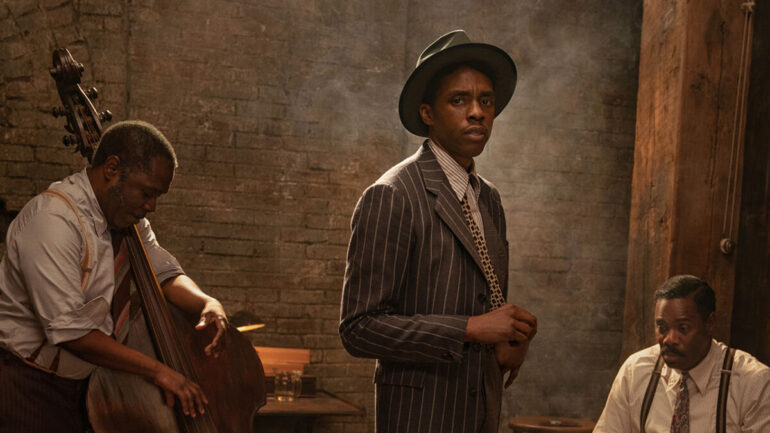 Ma Rainey’s Black Bottom, adapted from two-time Pulitzer Prize winner August Wilson’s play of the same name, is a celebration of the transformative power of the blues and of the artists who refuse to let society’s prejudices dictate their worth.

It all begins in a recording studio in Chicago in 1927, as a band of musicians wait for the trailblazing performer, the legendary “Mother of the Blues,” Ma Rainey (Viola Davis). There’s Cutler (Colman Domingo), Slow Drag (Michael Potts), and Toledo (Glynn Turman) — and cornet player Levee (Chadwick Boseman), who bursts into the room, gleefully showing off the new yellow shoes to the other men.

Boseman’s performance is absolutely mesmerising. He puts his heart and soul into his portrayal of Levee, a young man determined to make his mark on the music scene — and it’s a careful balance between heartache and joy, cynicism and hope. Levee’s ambition and hope surge through every scene, so much so that you want to believe that he’ll make the mark in the industry that he craves; that he’ll get the better life that he wants.

Levee’s been writing his own songs, with some encouragement from the producer — which has led him to want to start his own band. In fact, he’s got it all planned out for once he makes it big, and it starts with his new version of Ma’s song, Black Bottom. It’s a jazzier, more upbeat version, one which will get people dancing and that the producer is keen for them to record. Ma, however, isn’t so keen on the idea — in fact, she’s completely against it.

The band continue to wait for Ma to arrive in the studio’s claustrophobic rehearsal room, but tensions start to flare as the afternoon continues on. It takes around 20 minutes for Ma to make her entrance into the recording studio, and she’s adamant that they’ll be doing things her way. She knows that Levee’s a threat — and not just in terms of music or performance, but in power; he’s got his eye on Ma’s girlfriend, Dussie Mae (Taylour Paige). She’s determined to stand her ground, and to keep control of her music — especially when it comes time to record.

There’s a push-pull dynamic between Ma and Levee throughout the film, even when they’re not necessarily sharing the screen. Davis’ Ma is a force to be reckoned with throughout the film, as she makes sure that everyone knows she’s the star of the recording studio and that what she says, goes. Meanwhile, in the basement, Boseman gets a chance to shine in Levee’s monologues to his fellow band members about his hopes, his dreams and how he’ll make it big after recording his new version of Ma’s song.

But Colman Domingo, Michael Potts and Glynn Turman – who play the rest of the band – each get their own moment to shine, as they reflect on their own lives and ambitions. Cutler, Slow Drag and Toledo are more pragmatic than Levee, and from their performances, it’s impossible not to be captivated by the stories they share in that rehearsal room.

And as the film moves from the rehearsal room to the recording studio, the temperatures continue to rise and the tensions start to boil over — lighting a spark that sets off a chain of events, resulting in a moment that will change all of their lives forever.

READ NEXT: Make the Case: Ranking Martin Scorsese’s Movies From Worst To Best 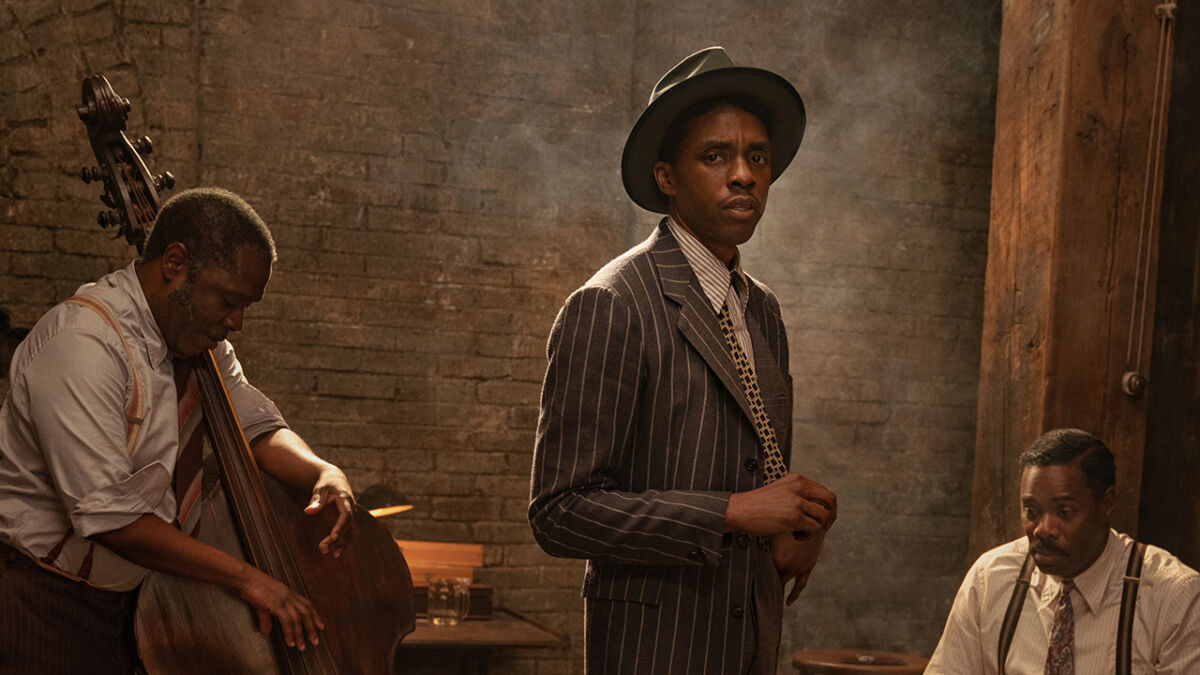 Verdict
Chadwick Boseman and Viola Davis deliver powerhouse performances in Ma Rainey’s Black Bottom, in a stunning adaptation of August Wilson’s timeless work.
8.5
Cultured Vultures is a pop culture website established in 2013 covering all things gaming, movies, and more. We eat your words.
All The News On Your Favourite Games