Nomadland REVIEW — A Gorgeous Exploration of the American West

One of the best movies of the year. 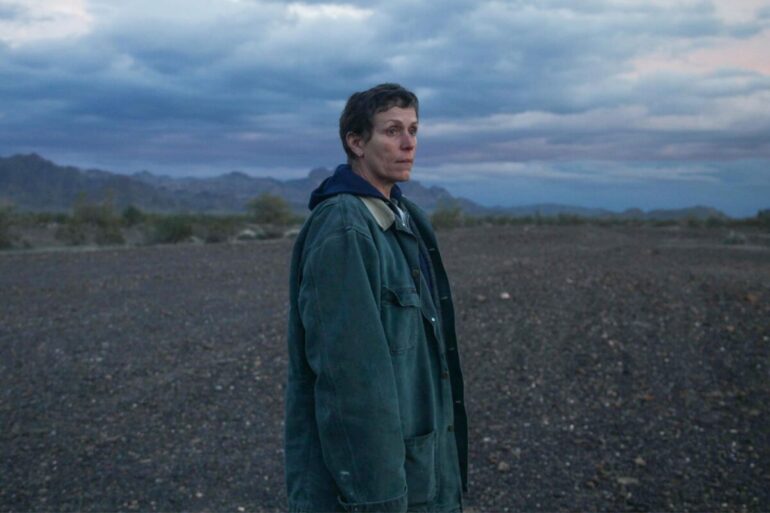 The first thing that strikes you about the nomads is their age. These aren’t plucky young souls out on the road for adventure. These are people who have worked their entire lives. Rich in experience, they don’t have the material wealth to show for it. They are on the road not because they want to, but because they have to. But together, they find a sense of temporal community, constantly crossing each other’s paths along the winding road called life.

Mixing a scripted narrative with a documentary-feel and a non-professional supporting cast, Nomadland centres around the experiences of one woman before using her story to explore a whole world of seasonal dwellers, workers and pilgrims, living unconventional lives outside the boundaries of corporate America. The result is a deeply authentic and empathetic adventure that is almost certain to be a breakout festival hit.

Nomadland starts in the tundras of northern Nevada, an icy landscape filled with forbidding beauty. Frances McDormand, dressed down in a hoodie and a short buzz cut, is captured in gorgeous widescreen, her presence constantly contrasted against the vastness of the world behind her. She plays Fern, who lost her husband Beau after his job disappeared in the great recession. They used to have a traditional life in Empire, Nevada, with Beau working in heavy industry. With no kids, and nothing tying her to the now hollowed-out town, she buys a van, kits it out and makes it into a miniature home.

She starts the film as seasonal worker for Amazon, helping them out during their Christmas period. It’s a strange discrepancy considering that Amazon — replacing traditional manufacturing and delivery jobs and replacing them with precarious zero-hour contracts— are part of the reason why certain parts of the USA are unlivable. Yet Zhao doesn’t exactly lionise the notoriously unethical company either, merely seeing it as a realistic option for so many people during an otherwise difficult time. The system is broken, but you still have to live in it.

After Christmas is over, she leaves the cold and damp for the warmer desert down south, connecting with a community of people who give courses on making the nomad-life work. It’s a reminder — for all the glitzy Instagram accounts, or ideals of total freedom — that being a nomad is intensely difficult work. There’s the question of how and where to use the toilet, how to stay afloat economically, and how to repair your vehicle when it inevitably breaks down. By keeping these naturalist details, Nomadland really grounds us in the experience of this woman, making the gorgeousness of its world feel all that more precious.

Throughout the film, Chloé Zhao, working with cinematography Joshua James Richards, captures the rugged wilderness of the American west, linking the plight of these nomads to frontiersmen and the cowboys of the Western. While this type of story has been captured many times before with male leads, it’s incredibly refreshing to see it from a woman’s perspective. Quoting a classic shot from John Ford’s The Searchers near the end, Nomadland is a reminder that there’s so many more women’s stories that remain untold. A major step-up in form after Zhao’s equally revelatory The Rider, here’s hoping she returns to more of these low-budget yet big heart features after her Marvel stint with The Inhumans. She’s simply too good a director to waste her time on for-hire jobs. 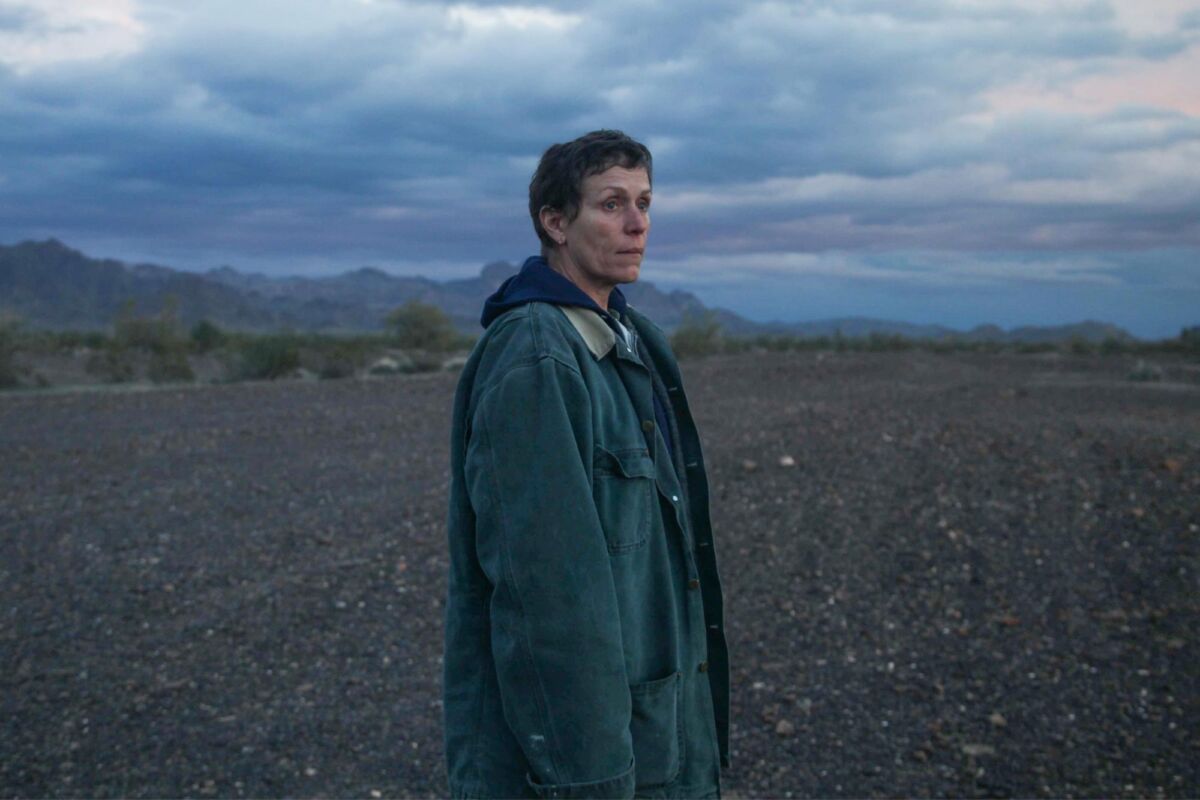 Verdict
Chloé Zhao and Frances McDormand combine for a heartfelt adventure through the American West in a tale brimming with life and empathy.
8.5
Cultured Vultures is a pop culture website established in 2013 covering all things gaming, movies, and more. We eat your words.
All The News On The Biggest Games