Embracer Group Are The Bargain Hunters Of Gaming

Or whatever the American equivalent is. Storage Hunters? 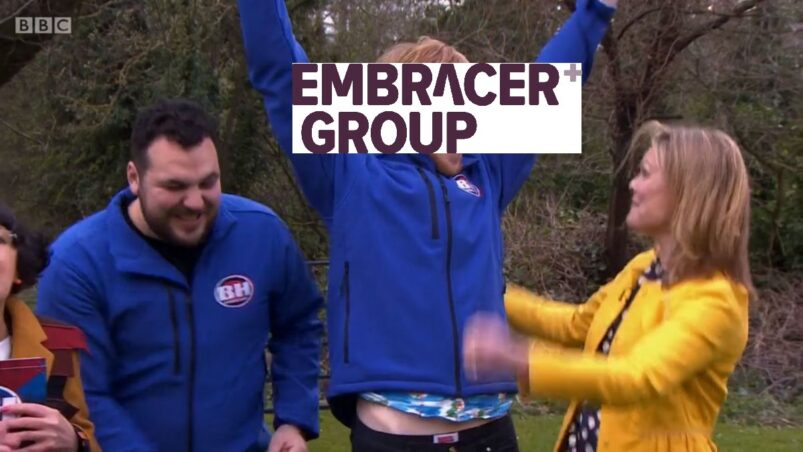 Embracer Group, the parent company of THQ Nordic, Koch Media and a host of other game development companies, have added to their collection like Thanos collecting Infinity Stones by purchasing IPs and studios by the bucketload. In the space of a few years, the previously unknown entity has now become the shepherds of dozens, if not hundreds of beloved franchises, and they’ve shown no signs of slowing down.

On May 2nd, it was announced that Embracer Group’s latest acquisition would be the vast majority of Square Enix’s game development and publishing arm in the west, with the company now looking to own Crystal Dynamics, Eidos-Montréal, and Square Enix Montréal. On top of that, the deal includes IPs like Tomb Raider, Deus Ex, Legacy of Kain, Thief, and “more than 50 back-catalogue games”. The best part, for Embracer Group anyway? The deal is going to be closed for a modest $300 million.

You could argue that the deal says more about Square Enix’s state of affairs at the minute than it does Embracer. Allowing all those properties and studios to go elsewhere for just $300 million is staggering in and of itself, lending to the idea that Squenix might have been ripped off in the deal. Considering the colossal scale of other recent video game acquisitions, $300 million feels like a drop in the ocean. However, Square Enix then said they would hope to use that $300 million in order to invest in blockchain technology, so as far as I’m concerned, the less money they have access to, the better.

However, it’s Embracer Group that is arguably the more interesting talking point here. Over the years, they’ve become nostalgia merchants, acquiring licenses and studios at an accelerated rate while providing remakes and new installments for classic games. If you had fond memories of playing a game during the PS2 era, the chances are that Embracer Group in some form owns the rights to it.

Originally starting out as Nordic Games Licensing, the parent company of Nordic Games Publishing, the company made waves in 2013 when it acquired the defunct THQ, before rebranding in 2016 to become THQ Nordic AB. The publishing arm was also rebranded to THQ Nordic GmbH, but the parent company was soon renamed to Embracer Group in 2019 in order to avoid confusion and solidify Embracer’s status as a holding company.

Through them, we’ve seen games like the Destroy All Humans! remake, SpongeBob SquarePants: Battle For Bikini Bottom – Rehydrated and Desperados 3, while new games from franchises like Painkiller, TimeSplitters, Gungrave, Jagged Alliance and more are on the horizon. They’re a group that takes forgotten licenses and franchises and gives them a new lease on life and a second chance, and for the most part, they’ve had decent success.

If anything, Embracer Group is more reminiscent of a bargain hunter than anything else, sharing more in common with our own Vulture Darryl Edge than other video game companies. Like an antique dealer/expert browsing through the markets, Embracer are scouring the video game industry for forgotten, misvalued and underappreciated studios and IPs, before giving them a new lease on life and a chance to earn the value they’re actually worth.

We’ve already mentioned Destroy All Humans! and SpongeBob, but it’s clear that those are already considered some of Embracer Group’s biggest success stories, with new games set for release in the immediate future. Of course, there’s been some less than stellar games from Embracer too, with Biomutant being one, but their output is generally solid. They’re even taking punts on completely original games that few would touch thanks to their “Premium Gaming” label Prime Matter.

Truthfully, it’s alarming at how quickly and aggressively they’re making their acquisitions and purchases, especially when the original THQ went down in flames from expanding too far, too fast, but in an industry that only seems to care about live service engagement and other nonsense, Embracer seem perfectly content churning out nostalgic, AA bangers. Now where that’s DAH 2 remake release date?

READ MORE: What Happened To The Games From Sony’s First State of Play?