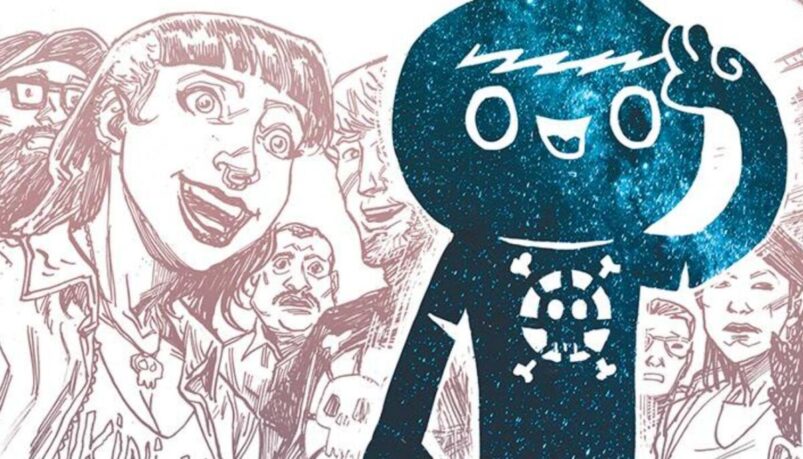 It’s easy to feel jaded about the state of pop culture today. As nostalgia increasingly sinks its hooks into both creators and audiences alike, you’d be forgiven for thinking that there are no new tales left to tell. Fortunately, that’s not actually the case – there are still original stories out there, and comics are arguably the best medium to find them.

Eight Billion Genies is a perfect example of this. An eight-part Image Comics miniseries by Charles Soule and Ryan Browne, Eight Billion Genies takes a tired premise – ordinary people pursue their desires through supernatural means, unforeseen consequences ensue – and totally reinvigorates it. Now, it’s not just a lone individual or even a small group who wind up in a “Monkey’s Paw”-type scenario, it’s everyone on the planet.

That’s right: in Eight Billion Genies #1, each of the eight billion inhabitants of the Earth suddenly scores their very own genie. These super cute magical beings promptly inform their new masters that they’ll grant them one wish and, predictably, chaos immediately erupts across the globe, all of it rendered with inventive glee by Browne.

Yet Eight Billion Genies isn’t just another “be careful what you wish for” fable disguised as something new and novel. Sure, there’s an element of that in the miniseries, however, Soule’s scripts for the first three issues published to date take a more open, less preachy approach to the story’s core premise. The characters of Eight Billion Genies should be careful what they wish for, not just because of the bad they could do, but also the good.

As one genie explains in Issue #2: “Wishing is an art,” it’s not something that’s inherently wicked or selfish, any more than the people who do it are. It’s this even-handed slant that makes Eight Billion Genies so novel. After so many cautionary spins on this same yarn, it’s refreshing to read a version that doesn’t automatically assume we’d all do the worst thing possible the instant our collective reach for the impossible suddenly equalled our grasp for it.

Not that Eight Billion Genies is some banal exercise in Utopian storytelling. Of course people make wishes that are dumb or selfish or even downright evil in this book. Kids wish for mountains of toys, adults wish for money and love and dinner with dead celebrities, and world leaders wish to be the number one superpower on the block. All this and much, much worse happens simply because no portrait of humanity would be complete without showcasing its tendency to disappoint.

At the same time, Soule and Browne repeatedly show that at least some of Eight Billion Genies’ core cast is willing and able to make good use of their newfound power. Alcoholic widower Ed puts his kid first by resurrecting his late wife and making their family whole again. Father-to-be Wang becomes the ultimate badass, not so he can go around busting skulls, but rather to keep the people he loves safe for as long as he possibly can. And in the ultimate act of pragmatism, bartender Will wishes that his bar and the people inside it will be immune to wishes made by outsiders.

It’s all very life-affirming and even disarmingly profound, yet, crucially, Eight Billion Genies never feels emotionally overcooked, either. On the contrary, the miniseries’ heavier moments are balanced out by the wit and imagination that Soule and Browne inject into every other panel. After all, this is a comic in which the Earth temporarily transforms into a planet-sized ice cream cone (with a cherry on top, naturally) – a delightfully surreal gag that’s nevertheless a totally logical extension of the story’s core conceit.

This perfectly calibrated blend of smarts, laughs and heart is ultimately what makes Eight Billion Genies so special. It proves that there are still creators out there capable of coming up with audacious new takes on seemingly played-out plot ideas, packaged (like so much great pop culture) in a deceptively accessible narrative wrapper. So, fittingly, Eight Billion Genies is itself a wish come true for anyone craving a high-concept comic book story.