The newest novel by David Ohle is a hilarious and quirky look at mortality. 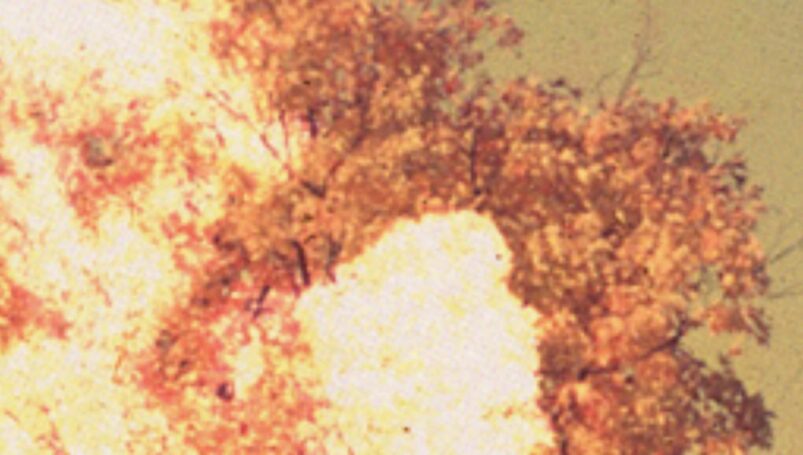 The Death of a Character

When a loved one gets sick at a certain age, there’s a sinking feeling that this is the end for them. On some level, one realizes that someone is closer to death than not, and even medical care is only going to provide a short extension at best. Through all of it, there’s the bureaucracy of medical costs and the funeral industry to distract from spending time with the person whose time has come. David Ohle’s newest novel, The Death of a Character, is a meditation on this experience.

Moldenke has recently become homeless due to his house being condemned. Old and sick, he decides to head down south to live out the rest of his days in an isolated cabin his family owned. He’s joined by Bertie, an old flame, and Wheaton, a neutrodyne, a type of humanoid alien. While at the cabin, Moldenke and his friends socialize with the locals, deal with the Chinese public servants who have taken control of the area, and do what they can to keep Moldenke healthy until he reaches the end of his life.

David Ohle builds an interesting world in this novel. It may be described as “dystopian,” however, that doesn’t seem the right word to describe it. American society and government have decayed away and China steps in to take over. This isn’t framed as particularly good or bad. The Chinese provide infrastructure and goods, but also bureaucratic interventions such as condemning Moldenke’s house due to newly implemented regulations. At times, their decisions are arbitrary and ridiculous. At one point, they arrest a hunter who Moldenke has been allowing to catch game in the marshlands around his cabin. Later, they release him and start paying him to hunt in the same spot. Ohle comments on the various fears by some Americans of a foreign take over, with China being the latest target, by presenting it as just another impersonal force that everyday people are forced to deal with.

The world of the novel is also populated by creatures called “neutrodynes,” or “neuts.” These are creatures which seem to be part human, part alien, and part robot. They act without much emotion. Almost all of their activity consists of servicing or selling goods to humans. They produce milk, potable urine, and meats of various kinds. At the cabin, Wheaton meets a female neut named Darleen. The two begin mating to produce children to sell, and this is apparently something very normal for neuts. The one thing that they can’t stand is dead bodies. They view dealing with corpses as a burden. This makes Moldenke worried that Wheaton and Darleen are going to beat and spit on his body once he’s passed. Their indifference to death is strongly contrasted with Moldenke’s fixation on it and Bertie’s melancholy acceptance of it.

Despite death being the main theme of the book, it’s full of great humor. In one chapter, Moldenke trips while picking nose and lands on his arm, resulting in his finger getting stuck in his nostril. In another, Wheaton serves mushroom tea to a pair of Chinese public servants who visit the cabin. They end up doing things like drawing butterflies on their paperwork instead of the business they actually came for.

Moldenke’s death is inevitable from the beginning of the book. It’s even the title. However, when it happened, it still left me feeling sad. After spending the whole book seeing his antics, his struggles, and his relationships, I finished the book with a sense that something was now absent. I should note that Moldenke is the main character of other books by Ohle. This is the first of his I’ve read, so while it’s not necessary to read the others, it may have more of an impact for those more familiar with Ohle’s other work.

This is a book that reminded me of some of the profound losses I’ve dealt with in my life. However, it did so with an entertaining story, some hilarious comedy, and strange characters who still felt familiar. Those who’ve read David Ohle’s other books with Moldenke will likely get more out of this. However, even without that, I believe it also stands very well on its own as a satire of bureaucracy, a quirky science fiction story, and a look at getting old and one’s inevitable death.