When Good Cartoons Go Bad: The Trouble With Michael Jackson

When classic cartoons start to clash with our ideas of what is and isn't acceptable, how do we address this? 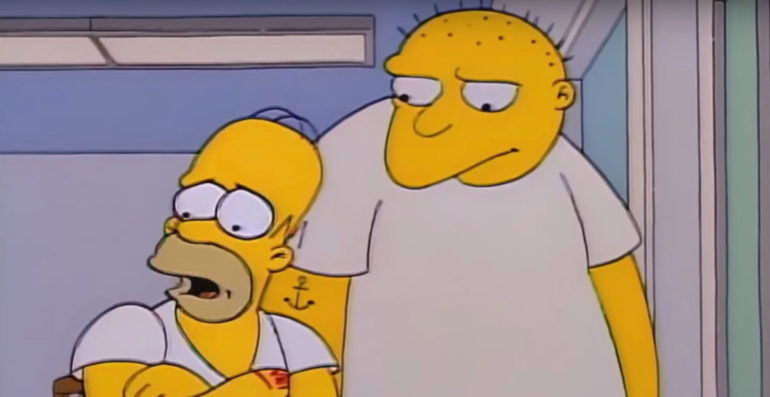 Recently, longtime Simpsons showrunner Al Jean announced that in light of the accusations laid against dead megastar Michael Jackson in the documentary Leaving Neverland, they would be permanently retiring the episode ‘Stark Raving Dad’, which featured old Jacko in a big way. The libertarian-minded among you are probably already comparing Jean to Big Brother, sitting in his ivory tower and declaring what parts of history are and are not extant. Likewise, hardcore Simpsons fans are doubtless spitting feathers that, with an ever-increasing number of shoddy new episodes, the show is now chipping away at its own golden years.

Jean hasn’t made this decision lightly, publicly alleging that Jackson may have used his guest appearance in the cartoon as a tool to groom young boys. Exactly why the incredibly rich popstar who owned his own private fairground needed the help is anyone’s guess, but then, Jean knows the entertainment industry better than me.

That isn’t a dig at the amount of beloved celebrities who’ve turned out to be monsters – well, it is, but it’s also a wider point that this sets a precedent. Knowing what we know now, should The Simpsons also strike off ‘Lisa’s Substitute’, which had Dustin Hoffman in a prominent guest role? Or, when there were accusations swirling around George Takei a few years back, should The Simpsons have ditched the episodes he appeared in – and, indeed, should we have hastily consigned the original Star Trek to the scrapheap on that basis alone? And do we have to condemn that jewel of cinema, the Burnt Face Man movie, because it featured a cameo from piss-happy rapper R. Kelly?

It is unlikely that any of these things will happen (particularly the censorship of the Burnt Face Man movie, a modern classic which in many ways predicted the MCU). ‘Stark Raving Dad’ being pulled is, more than anything else, a testament to the impact of ‘Leaving Neverland’. There haven’t been any recent successful documentaries about the misdeeds of Roman Polanski, so nobody’s even thinking about quietly cancelling reruns of his work. Though Polanski’s example, in particular, shows how quickly the media’s opinion of sexual misconduct has changed. Ten short years ago, when Polanski was detained in Switzerland, a petition calling for his release drew support from any number of big Hollywood names (including, aptly, Harvey Weinstein and Woody ‘Neurotic nerd who likes to sleep with little girls’ Allen, both presumably watching their own backs).

Larger question, though – when time marches on, and works of media once considered innocuous become offensive in some way, is the best response to simply paper over them? There does exist precedent for dealing with works which we, as a society, now find regrettable. There were plenty of Warner Bros. animations from the early 20th century which were very, very racist – Bugs Bunny himself said some seriously unpleasant things about the Japanese during World War II, though mainly it’s pre-Civil Rights Movement depictions of black people.

Some merely need the occasional iffy moment cut to be perfectly acceptable, but there’s plenty where the questionable content can’t really be excised without ending up with five seconds of prepositions and filler (like ‘Bugs Bunny Nips The Nips’). Although you won’t see any of those cartoons pop up on the Saturday morning kids’ hour, or before your feature presentation at the movies, Warner Bros. still make the vast majority of them available, most prominently via the Looney Tunes Golden Collections, in which they are prefaced with brief title cards explaining, basically, that the stereotypes contained therein are products of their time and not anything Warner would endorse today.

However, there are a few which Warner Bros. thought were beyond the pale even for this caveated existence, and now exist mainly as bootlegs, like the Star Wars Holiday Special before them – the so-called ‘Censored Eleven’, which were steeped in ‘30s-era black stereotypes throughout and were withdrawn from syndication in 1968. To give an idea of the kind of tone of these, one was an adaptation of Snow White called ‘Coal Black and de Sebben Dwarfs’ (their spelling) in which Prince Charming jitterbugs to hot jazz. Granted, it sounds unthinkable to modern ears, but as if to hammer home the way standards have changed, ‘Coal Black’ had its genesis when the all-black cast of Duke Ellington’s musical ‘Jump For Joy’ approached director Bob Clampett to ask why Warner Bros.’ cartoons didn’t have any black characters – and subsequently provided most of the voices for ‘Coal Black’, although weren’t credited, due to Mel Blanc’s crooked contract with Warner.

(This is not an attempt to absolve, or, dare I say, whitewash the Censored Eleven – after all, the NAACP protested ‘Coal Black’ when it was released in 1943 – merely to provide historical context.)

In many ways, ‘Stark Raving Dad’ finds itself in a similar boat. The relatively young Simpsons landing a guest appearance from Michael Jackson at the height of his fame was, at the time, a bit of a coup – not their first famous guest voice, but undeniably one of the biggest, and that’s including then-PM Tony Blair. Now it is deemed, by the showrunner himself, to be a past shame, like post-’45 Germany hastily scrubbing the swastikas from their great public buildings. And, like Germany, ultimately it’s their turf and they get to decide what they do with it.

The Simpsons is one of television’s longest-running shows, and is no stranger to outliving its own ideas of acceptable content. Not too long ago, it saw controversy over beloved Indian stereotype Apu being voiced by a white man putting on an accent. True to form, it also addressed the public eye’s changing perspective on Michael Jackson: four short years after ‘Stark Raving Dad’, the episode ‘Bart Sells His Soul’ saw Bart describing souls as “something parents made up to scare children, like the boogeyman or Michael Jackson”. That was in 1995, two years after the first allegations hit the press – now, the public opinion of Jackson is probably pungent enough that a PG-13 show like The Simpsons couldn’t address it by name. They certainly couldn’t take the same route as the Looney Tunes Golden Collections and add a disclaimer reading ‘when we made this, people thought Michael Jackson was the king of pop, not a paedophile’. In that light, it’s hard to blame Jean for taking the easy way out and nuking it from orbit.