Allegations have been swirling around the pop legend for years - but the recent documentary finally made people react. 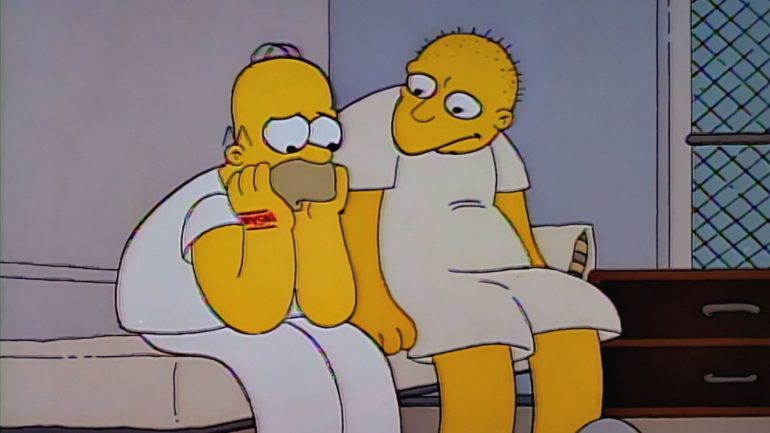 The long-running animated series The Simpsons has decided to pull classic episode Starking Raving Dad from syndication. Showrunner Al Jean, executive producer James L. Brooks, and creator Matt Groening made the decision based on the release of HBO’s recent documentary Leaving Neverland, which purports to present the stories of two men who were abused by Jackson as children.

The Simpsons is no stranger to controversy, but normally they take it in their stride and shrug it off or promise to make changes in the future. But, following the release of Leaving Neverland, they felt cutting the episode from syndication was the only choice.

“It feels clearly the only choice to make,” Brooks said.

He continued: “The guys I work with — where we spend our lives arguing over jokes — were of one mind on this.”

Stark Raving Dad aired as the premiere of season three all the way back in 1991. As you may expect, the episode featured Jackson as a central character. He played Leon Kompowsky, a mental patient who believes himself to be Michael Jackson. After Bart was an absolute failure on Lisa’s 8th birthday, the episode created one of the show’s iconic songs, “Lisa It’s Your Birthday”.

The actual involvement of Michael Jackson in the episode was deliberately obscured, as the guest voice was credited as the definitely-real person “John Jay Smith”. Further muddying the waters was the fact that for contractual reasons, Jackson was unable to sing “Lisa It’s Your Birthday”, and the vocals on this were actually performed by Jackson impersonator Kipp Lennon.