Unbreakable bonds on the windswept Orkneys. 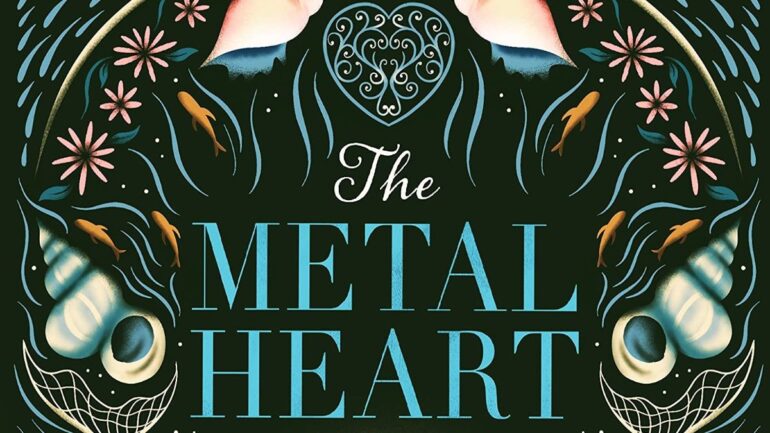 At the centre of Caroline Lea’s The Metal Heart is the Italian Chapel, a remarkable building that was constructed in the Orkney Islands by Italian prisoners of war during the Second World War. That such a beautiful thing could have been made from abandoned huts and concrete on an uninhabited windswept island is a heck of a story in its own right. It hardly seems real that such a symbol of hope and peace was created in such a difficult time by people so far away from their homes, but the chapel is a beacon of light, a real life and long-lasting example of how humans are compelled to make art even in the worst times.

In The Metal Heart, Lea uses the chapel as a launching off point into her own tightly woven tale; a fictionalised sweeping love story that encompasses traditional Orcadian folklore, the thorny politics of the war, the realities of life in a small community (islanders and POW camp), the building of the chapel and much more besides.

Following a family tragedy, twins Dot and Con have moved from their home on Kirkwall to the uninhabited island of Selkie Holm, hoping to escape the eyes and chattering mouths of their fellow islanders. When a British boat is destroyed by a German U-Boat in the supposedly safe harbour, a large number of Italian prisoners of war are brought to Orkney to build new sea defences. They are housed in a camp on Selkie Holm, and Dot and Con must learn to live alongside their new neighbours. The story alternates points of view, but most of the narrative is shared between Dot, Con and Cesare, one of the prisoners. All three of these narrators are likeable in their own ways, and truly compelling to follow through the story.

The Orcadian setting is also gorgeously rendered; island life is hard and unforgiving, and some of the people who live there are hard and unforgiving too. But there is also a ragged splendour in the wildness of the sea or the wonderfully atmospheric Selkie Holm, and so there is beauty in the life there as well. Lea’s skilled storytelling makes it seem inevitable that such a place would be the eventual home to something as gorgeous as the Italian Chapel, as though the barren island has just been waiting for the right people to come along and make something of the desolate beauty they found there.

I said that The Metal Heart is a love story, and it is. Cesare is a gentle, kind man; an artist at heart, who loves nothing more than to paint. Dot is brimming with compassion, eager to help nurse the sick prisoners and make their lives as comfortable as she can. The two of them are drawn to one another, a romance so inevitable from the moment they first see one another that we can’t help but be swept along with them. It’s Romeo and Juliet, but it is utterly convincing.

But if there is a key message that I think Lea wants us to take away from The Metal Heart, it is that there are many kinds of love – and none of them are any less consuming than the other. The central relationship powering the narrative is that of the sisterly bond between Dot and Con. Where Dot is gregarious, Con is insular, nursing trauma and guilt, and reluctant to adapt to the new lifestyle that comes with living alongside the soldiers. But no matter the disagreements, or how Dot pulls against the bounds of their relationship, they love one another deeply, and would do literally anything for each other. Lea spends a lot of time exploring their dynamic, the push and pull that comes with knowing someone so well that you wonder if you could ever survive apart from them. It is a gorgeous examination of sisterly love, and one that provides no small amount of catharsis as the story progresses.

You can come to The Metal Heart for the history, or the romance, or the Orcadian folklore, but you will find that this is very much a book that is more than the sum of the parts.