The Grotto Is The Best Landing Spot In Fortnite Season 2

How to basically walk into the top ten of Fortnite each game with a few kills. 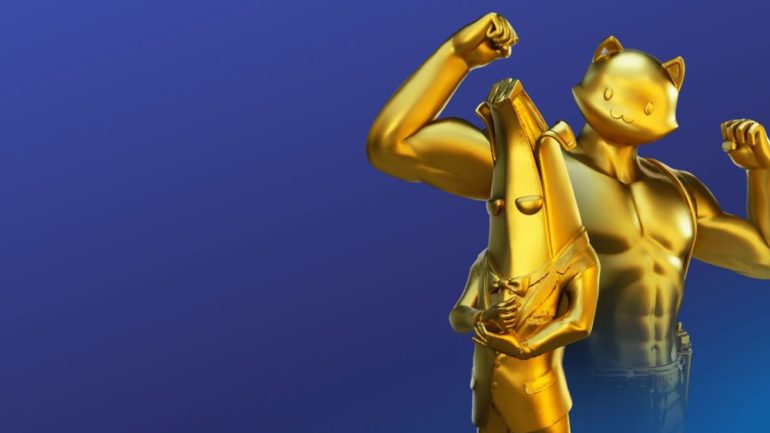 There are a lot of landing spots to check out in Fortnite: Chapter 2 – Season 2 with the new season introducing five brand new POIs with some extremely valuable loot to be had. If you’re looking for the best landing spot out of all of them, though, our vote has to go to The Grotto, a spot residing in the east of the map.

One of the new “raid” POIs, players can drop here to take part in PVPVE, with AI Henchmen and a boss, Brutus, to contend with alongside other players.

Located to the northeast of Retail Row, The Grotto is regularly overlooked compared to the other new POIs, but it’s actually such a good landing spot that you should be able to claim at least top ten finishes time after time by landing there.

There are multiple ways of entering The Grotto, which includes via a gigantic chute above ground and also through the front cave entrance.

However, for our money, the best way to enter is by following the coast and entering in the “secret” way, which is a route that we have seen no other players taking so far.

As soon as you enter through here, you will be greeted by a chest as well as the opportunity for floor loot, meaning it’s a risk-free way of getting geared up before you have to take out anyone inside.

Once you’ve nabbed that loot, you can then venture on inside and hang a right to be greeted by a Henchman. If you down him, you can then use him to open a chest locked by an ID scanner, which is part of your weekly challenges for Season 2.

The give you very worthwhile loot, usually also shields. If you’re quick, you can also take the same Henchman to use on another chest locked by an ID scanner, located in a small hut by the body of water. There are also another two chests, one by the first ID scanner, and another inside a container. That’s a lot of free, uncontested loot for you to snaffle up.

Once you have sufficiently looted up, you can then make your way towards Brutus, who is usually found lurking around the main center of the map.

As with all the other “bosses” in Fortnite Season 2, he has roughly 350 HP and packs a punch, capable of eliminating you very quickly unless you’re careful. We would recommend that you jump into one of the phone booths to disguise yourself. The Grotto has two of these, both very easy to find.

When you’re disguised, we recommend that you get a shotgun and get up right close and personal to Brutus and shoot him in the head, which will take off a huge chunk of his health. Once he’s down, you can then fully eliminate him to get Brutus’ Minigun as well as a Grotto Keycard.

Brutus’ Minigun is an extremely overpowered weapon, it ripping through builds and players with little need for skill. If you’re really struggling for kills and wins in Season 2, we highly recommend that you hunt down one of the Mythic weapons.

Brutus also drops a keycard that you can use to open the POI’s vault.

This vault has some of the best loot of any of the vaults in Season 2, it offering five large chests to open, as well as an airdop. Once you’re done looting up, you can then jump in the toilet to make your escape, or travel back up through the air vent.

As well as offering loads of easy loot and opportunities to tick off your challenges, The Grotto is also a brilliant place to farm up a lot of XP. Many players are complaining that levelling up their Battle Pass naturally this season feels slower than usual, so any chance you can get to level up quicker should be taken.

In the video above from Avxry, he details how easy it is to get XP quickly in Fortnite Season 2 by landing at The Grotto and clearing it out. You earn XP in Fortnite by eliminating Henchmen and other players, shaking people down for information, opening chests and ammo boxes, and much more. The Grotto has all of that in abundance, so much so that you can get 1000+ more XP than normal just from landing there.

Finally, The Grotto is a pretty easy recommendation for somewhere to land in Fortnite Season 2 because it’s not often visited by other players, even when the Battle Bus hot drops over the top of it. Using the route we laid out for you, you should also be able to take plenty of other players by surprise for some free eliminations, and set you up well for the rest of the match.

If you’re worried about rotations, it’s true that The Grotto is not exactly central and liable to be being far away from the storm circle, but with it being near loads of boats and also ziplines, you should have no trouble at all escaping the storm.

The Grotto is easily one of the better landing spots in Season 2, and one we’ve been dropping into pretty habitually. Be sure to check out for yourself and see how you do before everyone else follows your lead.

Fortnite Is Once Again Having Log-In Issues

How Many People Play Fortnite In 2022?