SummerSlam 1992: The Last Major WWE Stadium Show in the UK 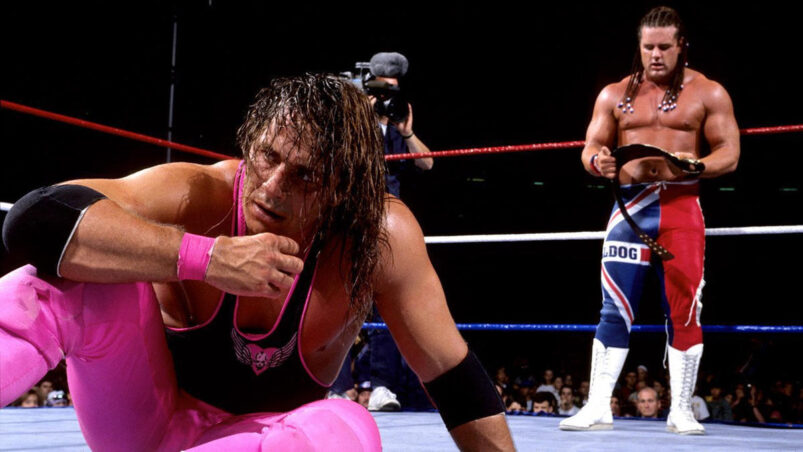 Although the United Kingdom has consistently been one of WWE’s biggest markets for decades, it’s been thirty years since the company staged a major show in the country. With there only being a few days until WWE brings Clash at the Castle to Wales’ Principality Stadium, thoughts turn to the last time the UK hosted a top WWE show – SummerSlam 1992.

1992 was a year of decline for the then-WWF in its home base of the United States. The highs of the late 1980s were moving further into the distance, with the stars of that era rapidly departing the company, and a series of sex and steroid scandals tainting the brand. Numbers were down across the board: house show attendance, television ratings, and pay-per-view numbers were all in decline compared to 1991 and even more so 1990.

However, in the United Kingdom, business for the WWF was a different story. British wrestling in the form of Big Daddy and World of Sport on ITV had fizzled out in the 1980s, only to be replaced by the neon-drenched showmanship of the World Wrestling Federation, which debuted on Sky TV in the late 1980s and quickly found a massive following. Davey Boy Smith returned to the company in 1990 as the British Bulldog and became the face of the WWF’s expansion in his home country, headlining successful events such as Battle Royal at the Albert Hall that were easy sell outs. Sensing an opportunity, SummerSlam 1992’s location was changed from Landover, Maryland to the far more spacious and revenue-generating Wembley Stadium.

Wrestling exploded across Britain that summer, and Wembley quickly sold out. The British Bulldog was on the cover of the WWF Magazine that was appearing on more and more newsagent racks. Anticipation was off the charts. According to the company, Wembley was full that day to the tune of 80,355, making it at the time the second largest audience to see a WWF show.

The event itself took place on Saturday, August 29th. Blessed with tremendous and somewhat uncharacteristic late-summer English sunshine, memorable moments included the last WWF appearance of the Legion Of Doom until February 1997, Rick Martel and Shawn Michaels fighting over a jubilant Sensational Sherri, and the Undertaker riding a hearse to the ring to take on Kamala.

Like WrestleMania VIII four months earlier, SummerSlam was built on a double main event. Unlike ‘Mania, the more important of the two matches depended on where you were located.

For American viewers, the biggest match of the show was the WWF Championship match between title holder ‘Macho Man’ Randy Savage and the Ultimate Warrior. The pair had put on a classic the previous year at WrestleMania VII and were the two biggest names from the Golden Era left standing. Both were babyfaces and so to create tension, Ric Flair claimed his Executive Consultant Mr. Perfect had signed an agreement to manage one of them, and would reveal who at the event. If you were watching the syndicated TV shows in America, this was undisputedly the main event.

Not as fondly remembered as their previous big encounter, the Savage-Warrior clash was still very good and built on an engaging story. As promised, Flair and Perfect appeared during the contest, initially appearing to help Warrior only to then seemingly aid Savage. Seeing through their ruse, the Macho Man leapt off the top rope to the outside, only to get his knee smashed by a chair. This led to a countout win for Warrior and set up the injury that would help Flair regain the WWF Championship upon their return to the US.

Excellent, character-driven work. But if you were one of the 80,000 Brits at Wembley that afternoon, Savage vs. Warrior wasn’t your main event and consequently it didn’t  go on last.

Bret Hart had been a rising star since winning his first Intercontinental title at the previous year’s SummerSlam. The initial card for the 1992 event paired him against the up-and-coming Shawn Michaels. That is, until the event was changed to Wembley, when the British Bulldog replaced Michaels, and the focus of a country changed.

Going on last and with night falling on Wembley Stadium, Hart and Bulldog put on a legitimate five-star classic – an excellent piece of in-ring storytelling. Starting as a match between brothers-in-law full of respect and love for each other, Hart would gradually and subtly start to play heel as his technical prowess wasn’t enough to overcome the brute strength of the Bulldog. Frequent cuts to Hart’s sister and Smith’s wife, Diana, added to the story for those watching at home. As night drew in, an exhausted Bulldog countered a sunset flip and one three count later there was a new Intercontinental Champion. 80,000 fans lost their minds and became confirmed, unwavering wrestling fans for the rest of their lives.

It was a triumphant end to the show. In terms of live revenue, it was one of the biggest nights in WWF history up to that point, raking in $2,200,000 in ticket sales, with a further $1,500,000 in merchandise. The continued success of U.K. visits during the lean years that followed was due in no small part to the events of that August night. British fans looked forward to many more nights like that one, yet it has taken thirty years for WWE to return. There are several reasons for this.

Firstly, due to time differences, SummerSlam wasn’t shown in the United States until the following Monday. This lag was blamed for the massive drop in pay-per-view numbers: the show pulled a 1.5 buyrate, down from a 2.7 the previous year. Secondly, the British Bulldog was not long for the WWF, fired in October for receiving packages of human growth hormone. The company had lost their British main eventer.

There is no doubt WWE could have sold out Wembley or another stadium on multiple occasions in the last thirty years. But the fears of bad buy rates and delayed audience engagement in the U.S. have held them back. With the new model based on the WWE Network and television rights and the Saudi Arabia shows, there’s no longer any reason for WWE to not stage what will undoubtedly be a massive money-spinner. Whether a generation of fans who’ll stick with the company long into their adulthood will be created is another question. It will be exciting to see what happens this time around, although based on ticket sales, it’s very unlikely it will take another 30 years for WWE to return to a British stadium.

READ NEXT: 10 Best WWE Vengeance PPV Matches of All Time