Skybolt Zack is a scrappy rhythm platformer with fun to be had for those who don’t throw in the towel. 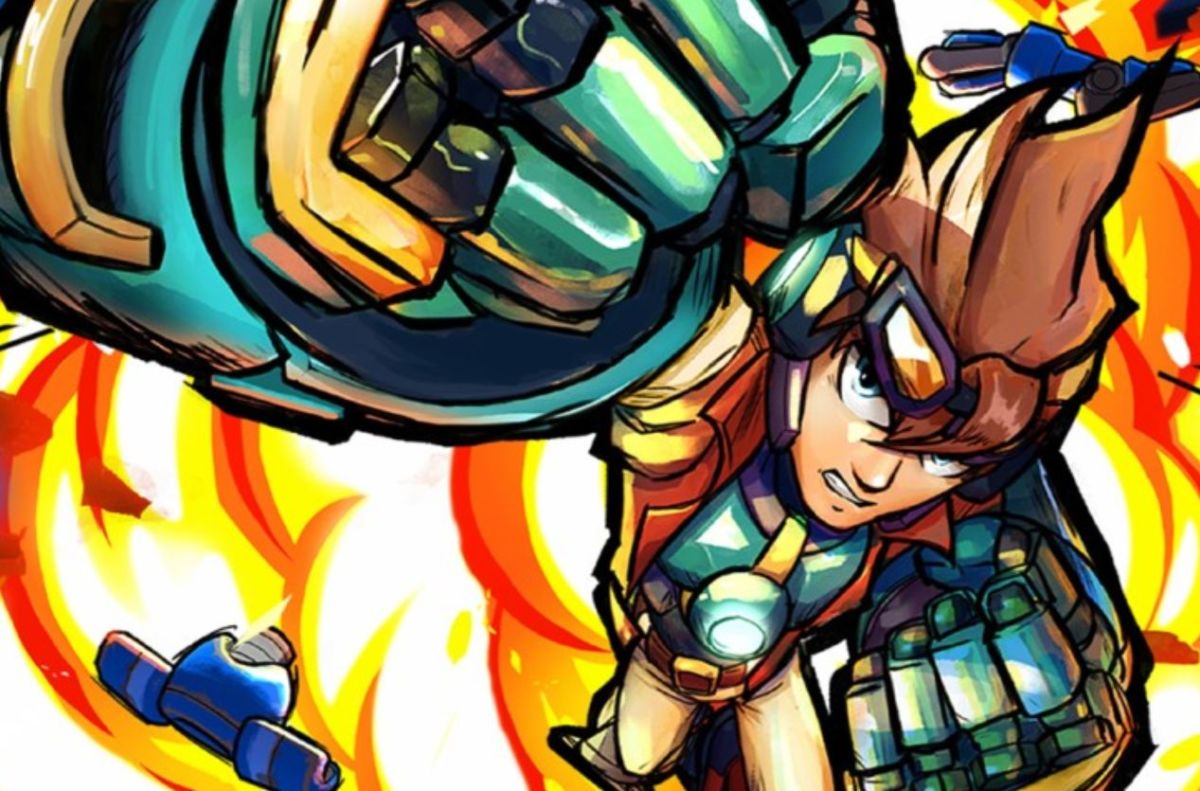 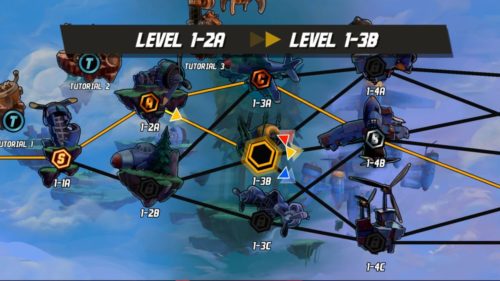 Skybolt Zack’s breakneck gameplay is a test of endurance. There’s a satisfaction to zipping through levels while robots scatter around you like leaves in the wind, but in the later stages you’ll have to climb some incredibly steep learning curves first. Don’t be fooled by the cartoony appearance: this game is not pulling any punches.

Developed by DEVS MUST DIE, Skybolt Zack began its life as a graduation project in 2016 and is the maiden voyage for these developers. They bill the game as “a unique way of mixing platformer mechanics and colour matching gameplay”, and while you may initially think that you have to press buttons to the beat of the music, you can go as fast as you like, so long as you don’t end up falling into pits, spike traps or electrified fences. 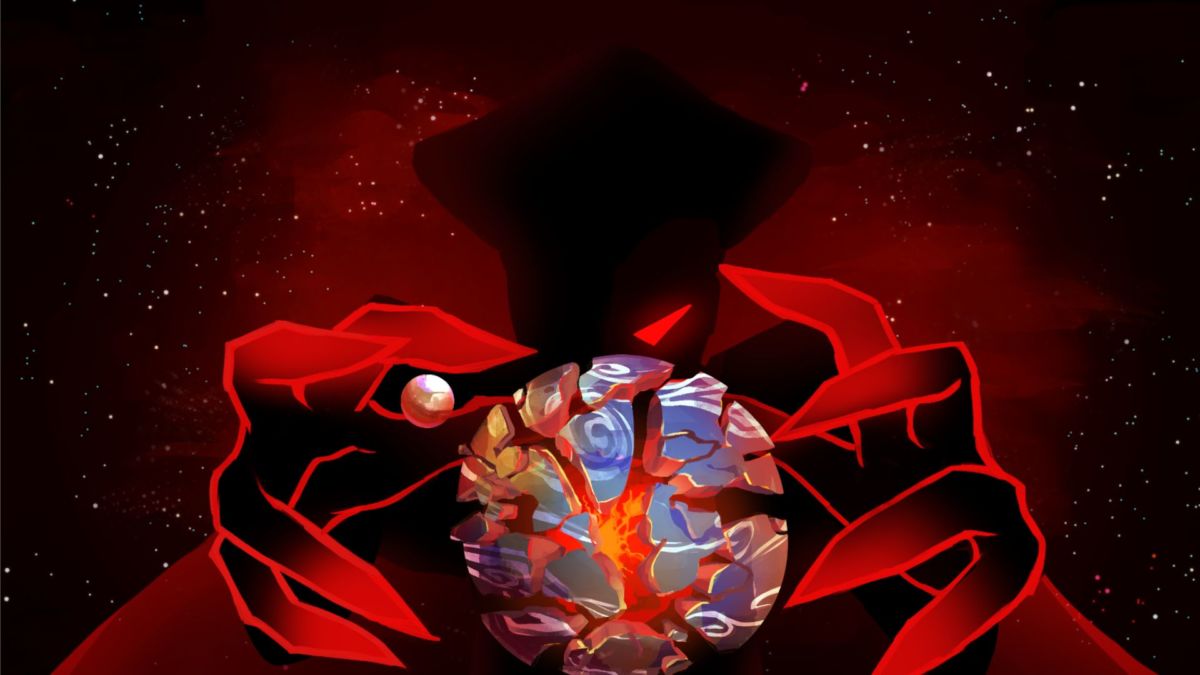 We follow the story of Zack, a human unfortunately chosen to be the subject of experimental weapon development in a broken world controlled by mysterious robotic armies. The story wastes little time in showing us that something went wrong, and rather than attempting to salvage their project, the robots decide to throw Zack to the Earth’s surface from atop their airship. Nothing could possibly go wrong with their plan.

From there, you’re handed control of Zack and the gameplay takes centre stage with a quick tutorial to set you on your way. Zack punches with one of three buttons that you press according to the colour of the object or enemy you’re facing, and this can lead to incredibly quick and fluid combos that see your character careening through the stage fist-first. Alongside this, jumping and dashing provide the bread and butter of the platforming experience in Skybolt Zack, although mileage of these skills may vary if you’re good enough at stringing together combos. 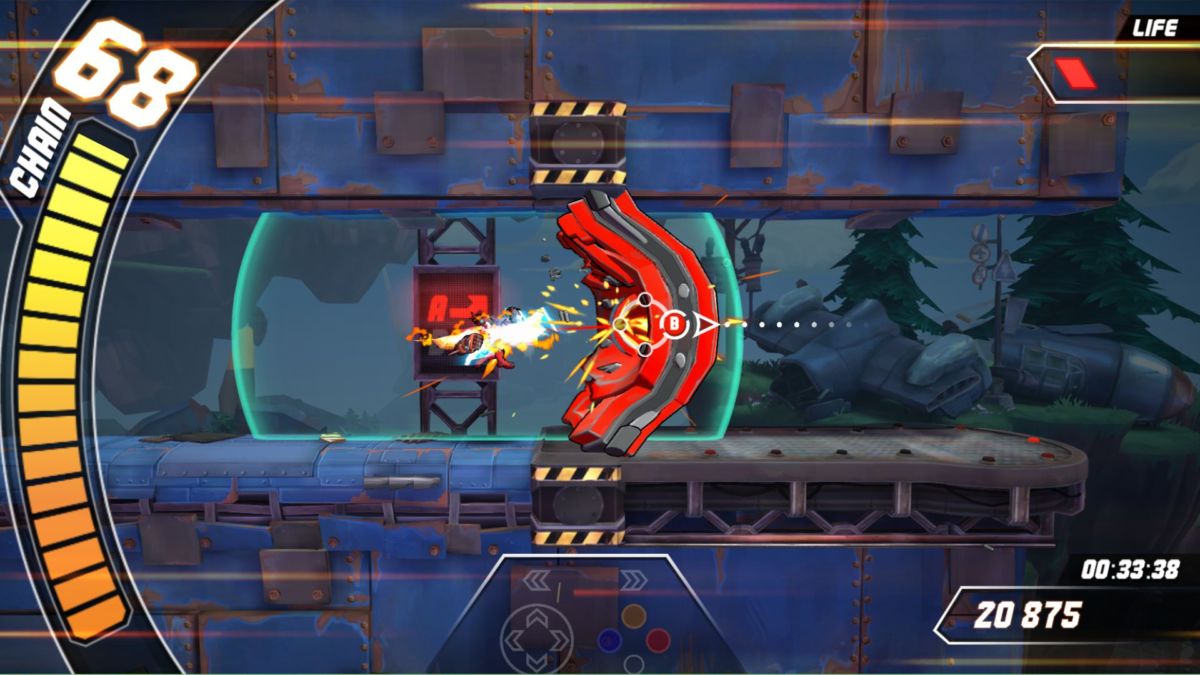 You quickly discover that the stages have branching paths. The general rule is that if you want more points, you have to travel upwards, but the game makes you earn this with enemy and object placement that discourages button-mashing in favour of precise timing. This also eventually decides which boss you fight at the end of the game. Later stages add more challenges that ramp up the difficulty: one level introduces bombs that have to be outrun, whereas others have enemies that have to be defeated from certain angles or in a specific order.

Upon completing a level, you get a score sheet not unlike recent Sonic games where you’re given a ranking depending on your performance. You’re awarded bonus points if you have a perfect combo, or if you never touch the ground, or if you don’t try and bash an enemy with the wrong colour. There are separate score and time attack modes, depending on whether you’re more interested in speed or a score. 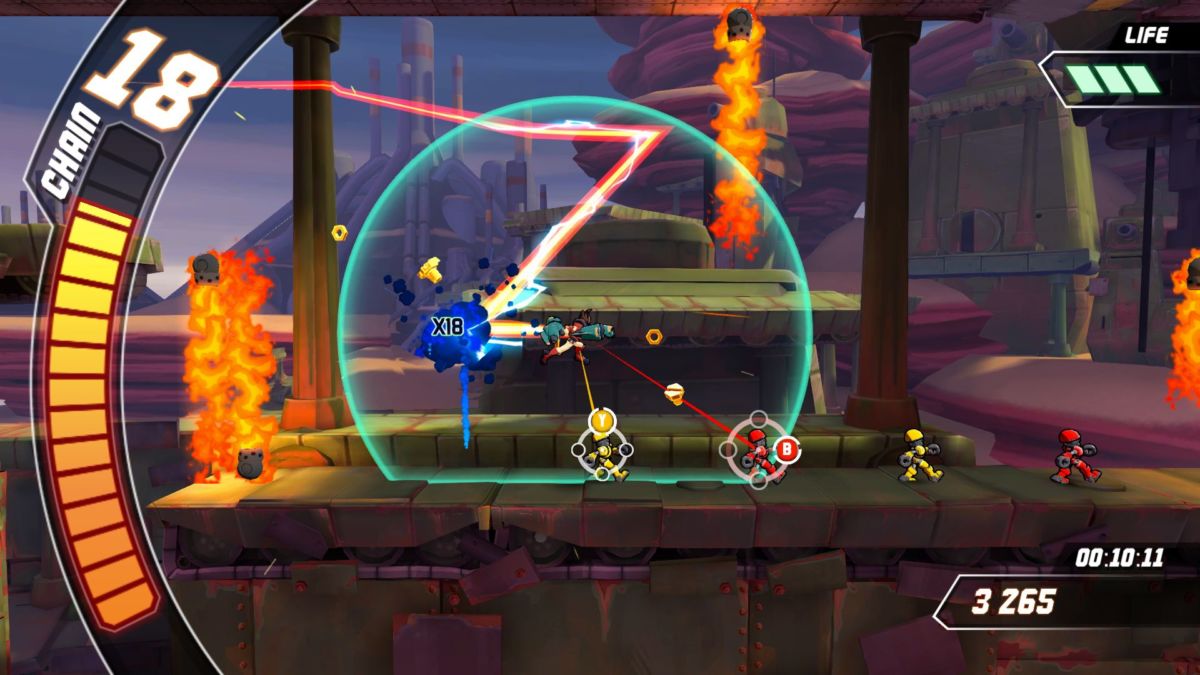 The fighting handles pretty well, although sometimes if you’re a fraction of a second too slow, your character will favour one object over another of the same colour, sending him flailing directly into some nearby spikes. This is especially apparent in the later stages, where the game drops any pretence of being forgiving and throws everything it has at you. Some of the deaths you’ll suffer from are cheap when you don’t always feel fully in control of where your character decides to fly off to.

As for the boss fights, there are two difficulties depending on the path you take which can test both your skills and your patience. While some checkpoints are afforded to you, the boss fights punish the smallest error made. One wrong button press leaves your character with no option but to fall to his death. I am a fan of vicious gameplay, but some of the placement felt obnoxious and left me more often than not feeling too annoyed to continue playing. Players who want a fairer gameplay experience will not find much enjoyment here, particularly if you are notorious for breaking controllers. On that note, it goes without saying that a game of this nature is best played with a controller, and provides a warning upon booting up the game. Don’t try to use a keyboard with this game if you value your fingers. 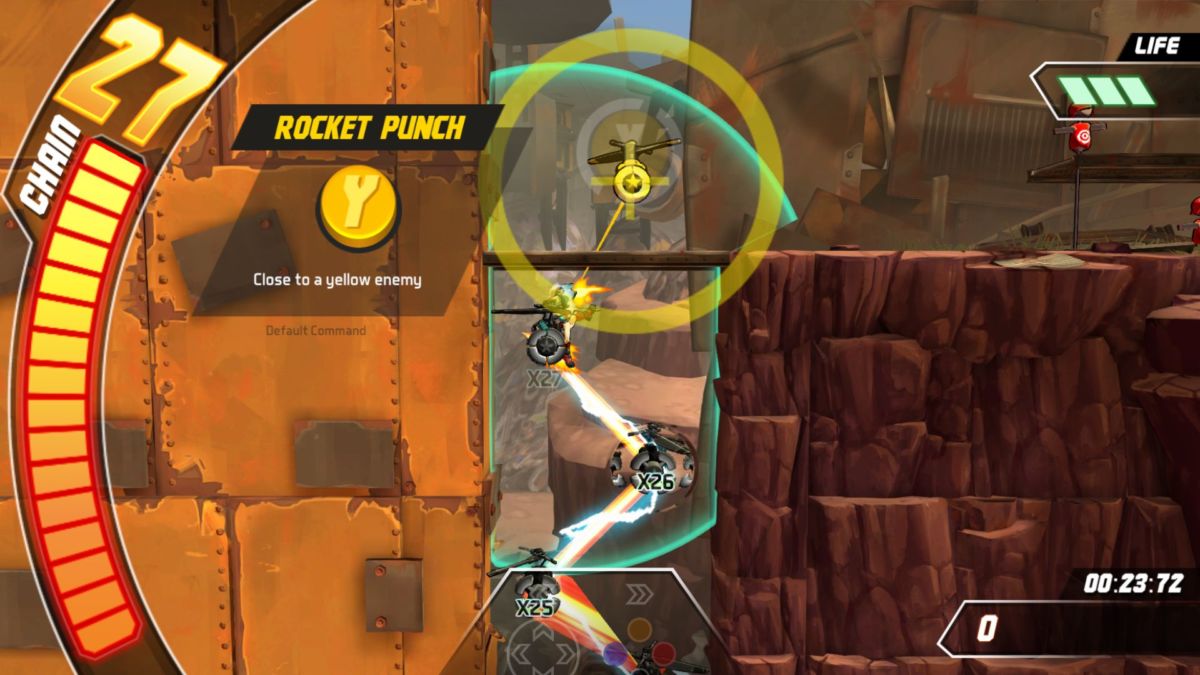 While Skybolt Zack provides varied gameplay, there is room for improvement. New abilities, items or equipment would be a welcome addition to add a sense of progression and would help to temper the difficulty spikes. Being able to develop Zack with things like increased health or longer reach, for example, would be simple but effective ways to provide another reason to continue playing.

Smaller boss fights and different styles of levels would also be another way to add variety to the gameplay. The game could have borrowed more elements from its inspirations, like the appearance of mini-bosses, bonus stages or hidden collectibles. Without them, the themed areas that Zack explores all feel the same without much to separate them beyond the background art and the amount of spikes you have to fly over. 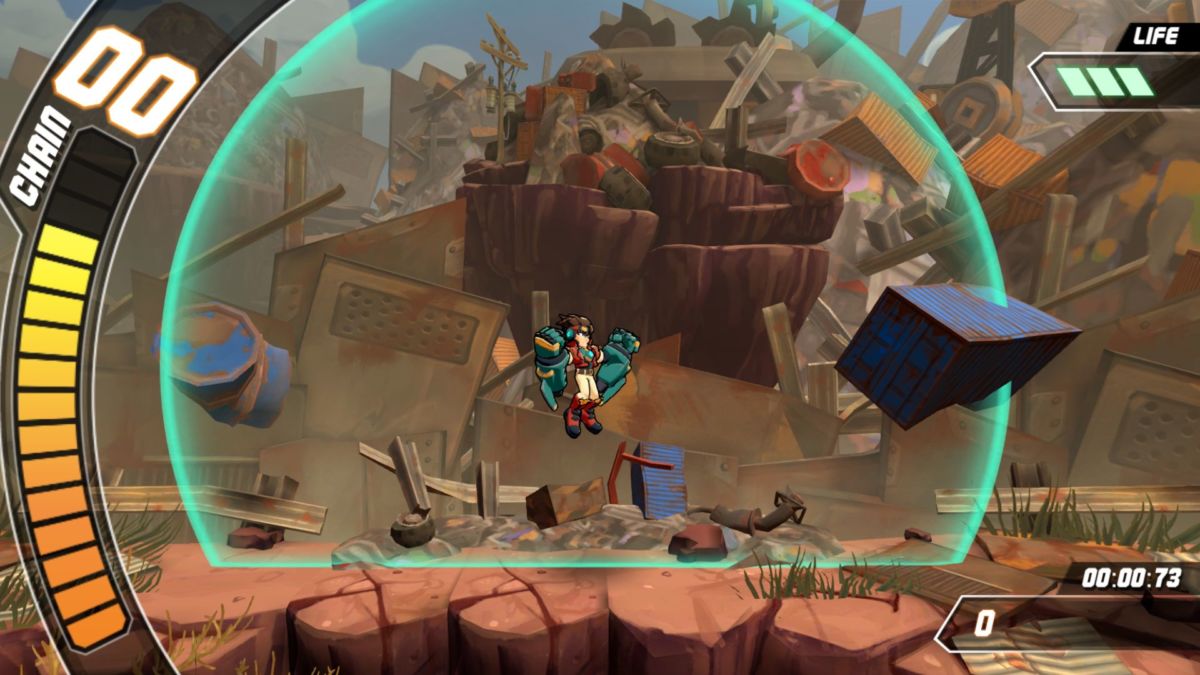 Despite this, the presentation is pretty slick and the music is dynamic, intensifying in tune to the length of your combo. Some sections of the game feel like high-speed areas of classic Sonic games, and the music pairs with this wonderfully to electrify the gameplay. One of my favourite moments has to be when you button-mash a door to complete the current level. When you’ve racked up a dizzyingly high combo, it’s a great way to finish – with a bang, and not a whimper.

As far as Skybolt Zack’s experience is concerned, it is a solid offering that will appeal to players looking for something they can play over and over again to perfect their best time or score. For those of you looking for a more casual experience, approach with caution. Skybolt Zack may look like harmless platforming fun, but it makes you sweat for it.

Verdict
A bare-knuckle slugfest, Skybolt Zack is a scrappy rhythm platformer with fun to be had for those who don’t throw in the towel. A solid first round for DEVS MUST DIE.
7