Ready Or Not REVIEW – A Riotous Romp

Here comes the bride, all dressed in blood. 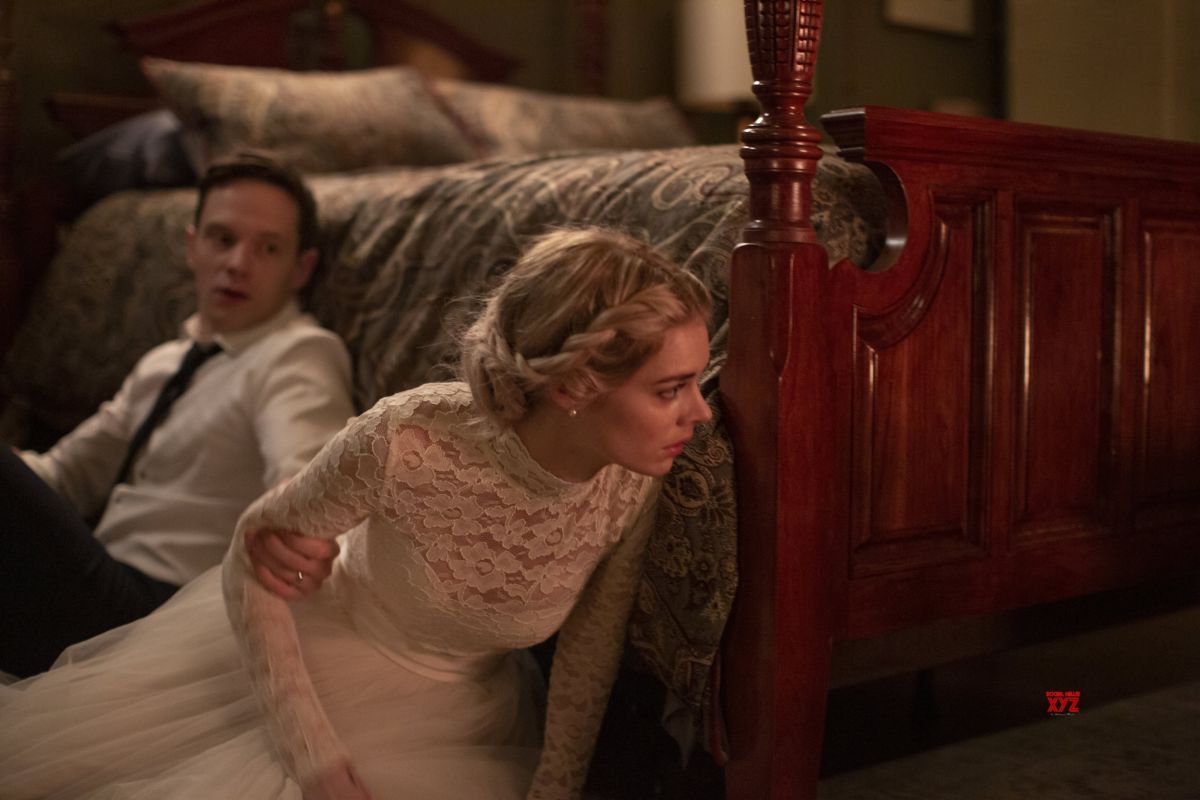 Spoilers for Ready or Not below.

The premise of Ready Or Not initially sounded like a familial version of The Purge, where the wealthy Le Domas family must hunt down the new bride (Samara Weaving) of their son Alex (Mark O’Brien) in a deadly game of Hide and Seek. However, it is a movie that is more than its marketing makes it out to be. The family is not hunting for sport, but out of necessity, for they believe if they don’t sacrifice Grace (Weaving) before the sun comes up, the family will bear the consequence.

You see, there was a deal struck between an ancestor (Alex’s great great grandfather) of theirs and a mysterious Mr Le Bail, where every time someone new enters the family, they pick a card out of a box, and Mr Le Bail’s spirit will tell them the game they have to play, a tradition they cannot break or devastation and tragedy will fall upon them. The games can be harmless, like chess or old maid. The only one to worry about is – you guessed it – Hide and Seek.

The absolutely fascinating thing about all this is Grace’s obliviousness to what was actually going on. When Alex tells her that she has to play a game with his family, she assumes it’s some weird rich people thing, since the family made their wealth through games – like a sinister version of Parker Brothers. The use of dramatic irony here is effective, for we know the game she is about to play is far from harmless, and we wonder why husband Alex didn’t tell her the possibility of what she could be walking into. As she wanders around looking for a place to hide, with no clue as to the fate that awaits her, our preoccupation is with Alex – will he defend his bride knowing the possible tragedy that would befall him, or fall in with his family? It begs the question – can we ever escape the influence of our family?

Ready Or Not plays up an interesting juxtaposition here as well as before the game begins, we have the mother (Andie MacDowell) and the cocaine sniffing sister Emilie (Melanie Scrofano) telling Grace that they like her and how they believed they were going to get along, but all this is thrown aside when the family is in jeopardy. It is laughingly apparent that it has been some time since the family have suited up to take down a newly added member, with the older generation a bit rusty and a younger generation who have never even participated in the game before. Emile’s husband Fitch (Kristian Bruun) actually pulls up a YouTube video to figure out how to use a crossbow.

Their incompetence here is intentional, and draws our attention to the carelessness of the rich. Grace is not regarded as a person but someone they need to get rid of in order to protect their legacy and wealth. Even the younger ones become involved in the game, with an earlier flashback showing Alex’s brother Daniel (Adam Brody) to be complicit in a murder committed in an earlier game of Hide and Seek.

Daniel here, like Alex, offers much ambivalence on where he stands, and Brody does a good job of making him relatable. It is clear he likes Grace, since he tries to warn her early on about marrying into their family. In contrast to the rest of his weapon-happy family, he is tired and weary of their traditions and ways, desiring an out but not sure how to go about it.

His marriage isn’t a happy one as well, and we learn that his wife Charity (Elyse Levesque) married him not for love but because of his money. He envies the relationship Alex and Grace share, as Grace so obviously loves his brother. It is this sincerity in her love that makes Grace stand out compared to the rest of the family, whose marriages were about wealth and connection. It is perhaps this trait that makes Grace a worthy sacrifice, adding another sinister layer to the ghostly Mr Le Bail.

Weaving is an absolute joy to watch on screen, where she commits fully to the emotional cadence of each scene. If she needs to scream she will scream, while delivering on the comedic front as well. No other actor is her match in the movie, though Henry Czerny, who plays the ever zealous patriarch with equal doses of camp and maniacal glee, comes the closest.

In the vein of Pride and Prejudice and Zombies, Ready Or Not is a movie that has fun with its premise, and builds tension quite effectively using the setting and soundscape, with a nice handful of visuals. It is sometimes predictable, like the whole hand-in-nail sequence I saw coming a mile away thanks to A Quiet Place, but I guess all movies sometimes fall into traps such as this.

The satire, while effective at poking fun at the rich and their questionable morality, doesn’t seem to transcend beyond that. The movie merely says, “Look at these horrible rich people. Argh, they suck!” But then the ending subverts all that. Suddenly, the Le Domas family aren’t as bonkers as we think, and that my friends, is scary stuff.

Verdict
Ready Or Not is a fun romp into the lives of the rich and wealthy, revealing the messiness and discord beneath the fake smiles and glittering exteriors, with a stellar break-out performance from Samara Weaving.
8
Cultured Vultures is a pop culture website established in 2013 covering all things gaming, movies, and more. We eat your words.
All The News On The Biggest Games