Inside No. 9: Season 5 REVIEW – Magic Tricks And Old Friends

The BBC's comedy-horror anthology remains as quietly brilliant as ever with its fifth season. 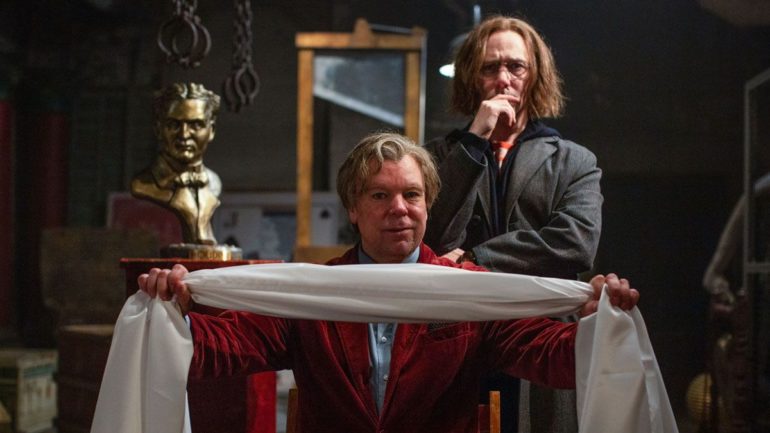 Black Mirror, the twisted sci-fi anthology by Charlie Brooker, is one of those shows which has, like Stranger Things or Breaking Bad, become a true TV giant of recent years. Delivering both massive viewing figures and tongue baths from critics, it’s become one of those few shows which seem to garner nothing but acclaim. But while it is undeniably brilliant, it’s the relatively little-known BBC 2 anthology, Inside No 9, from Steve Pemberton and Reece Shearsmith, which is by far the more experimental and unique.

The fifth season, which has just finished airing over on BBC 2 (with another two seasons already confirmed), does have its misses as well as its hits as, five seasons in, Pemberton and Shearsmith seem to be far more prone to trying to stretch small ideas into full episodes. The first episode, ‘The Referee’s A W***er’ which takes place behind the scenes of a high-stakes football match, has some great lines but doesn’t really go anywhere, with a twist at the end that’s pretty easy to spot. And the final episode, with two coppers on a stakeout, is, for the most part great, with some stellar dialogue and character building, but is completely thrown at the end with a twist involving a vampire, something which seems to be there just for the sake of having a twist, and which leans far too heavily on the old horror tropes Pemberton and Shearsmith are familiar with. 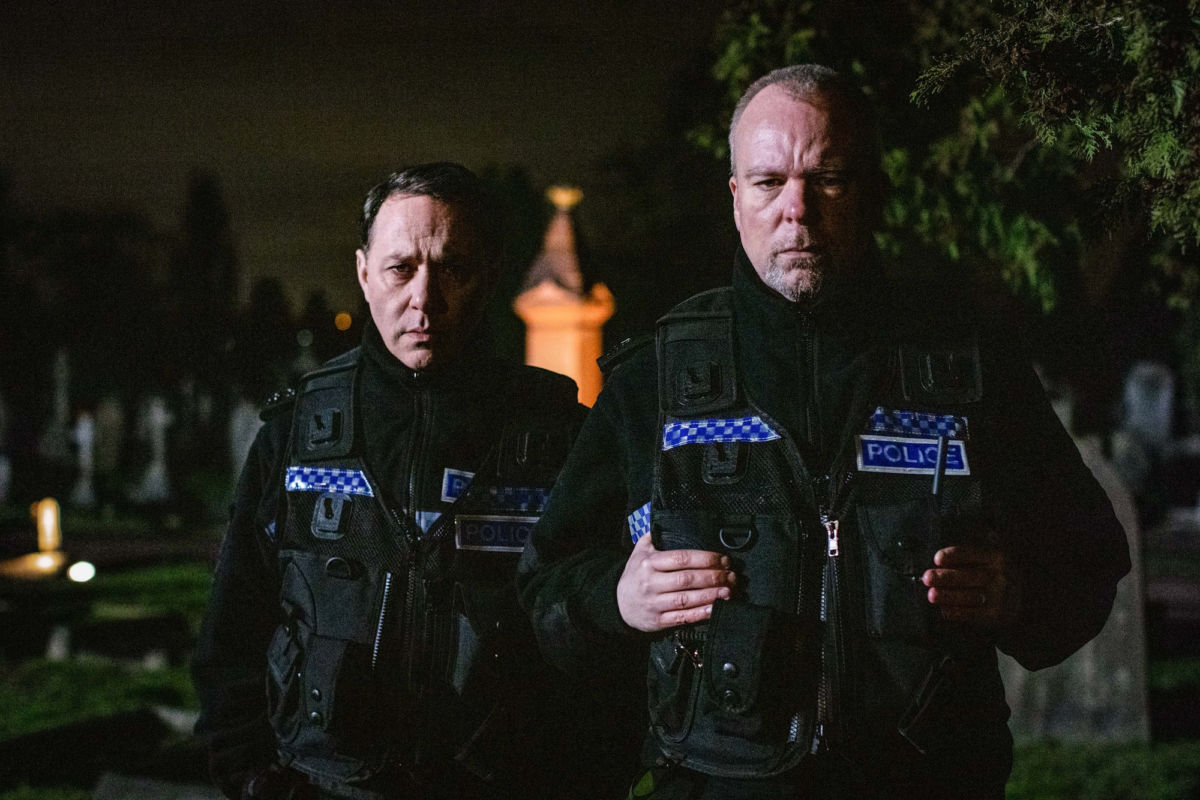 But these few pitfalls do, in many ways, only serve to highlight the high quality this show maintains overall. This is a programme which is at once rooted in the style and feel of the very best of old British horrors and anthologies – such as Roald Dahl’s ‘Tales of the Unexpected’ – while also proving far superior to other anthologies such as Black Mirror when it comes to giving the viewer something completely different each episode.

The overall style and humour of the show is something that remains as consistent and unique as it has ever been – every episode being packed with this dry, knowing wit. It’s as a ‘comedy’ which Inside No 9 has always received it’s plaudits, and while I feel this description undersells the weight and the scope this show has, the particular sense of humour this show has is something that is a constant in even its weakest scripts, and is perhaps more obvious here than in previous seasons.

Episode 2, ‘Death Be Not Proud’, is bound to be a particular favourite among longtime fans of Pemberton and Shearsmith, as it goes from what seems a standard, albeit spooky ghost story to suddenly, out of nowhere, bringing back David and Maureen, the cringeworthy, serial killer obsessed mother-and-son duo from their previous project, Psychoville. Their return is handled perfectly – it’s a brilliant throwback for fans (the cameo by hook-handed clown Mr Jelly is a particular highlight) but also ensures that no prior knowledge of these characters is required. Indeed, it wouldn’t be surprising if only a few viewers realised these were old characters. At the same time this isn’t done in a way that would alienate non-fans, giving you everything you need to know about these two, from their encyclopaedic knowledge of serial killers, to that grim toilet scene, it presents their whole dynamic in five minutes – from the hilarious, to the horrifying. We just need Edward and Tubbs to show up in Season 6 now.

Inside No. 9 is a show where you can see all their influences oozing through. The standout of the season is probably ‘Misdirection’ which, like their season 3 episode ‘Riddle of the Sphinx’ is just a captivating little gem of an episode that, in 25 minutes, manages to throw up as many twists and turns as your average Christopher Nolan film. It’s a truly delicious little piece which requires genuine concentration and really rewards rewatches – as it goes from a sense of mystery with the initial opening act, to a horrifying murder, to some more sparkling dialogue as we get a shifting, unpredictable cat and mouse game, with each of the two leads trying to outmanoeuvre and hoodwink the other. Both are utterly duplicitous, and one seems to be completely on top of it all before the final brilliant, macabre twist at the end. ‘Misdirection’ is almost a perfect distillation of these writers’ two greatest strengths, combining some truly witty, comedy dialogue with the sort of style and plots you’d get from Tales of the Unexpected and other, similar armchair theatre-type shows from the 1970s.

However, it’s the episode immediately prior to this one, ‘Love’s Great Adventure’, which truly shows just how wide in scope this show can be. It might have seemed odd to bring up Black Mirror earlier in this review, considering that there isn’t all that much to connect the shows beyond them being simply anthologies – but it’s episodes like this that really shows the difference between them.

Although Black Mirror is also an anthology, you can more or less be sure what you’re getting into with each episode. It will always be some kind of Twilight Zone-esque morality tale or such on an aspect of tech we face in our day to day lives. It will usually get pretty grim and hard-hitting, and will probably leave you convinced the world it just crashing around us. That format alone gives plenty of room for brilliance, but it’s the ones which are the most different within that format that I’ve always found the best – episodes like ‘San Junipero’, which did something completely different to almost any episode prior. That is what an anthology should be – it should explore the creative freedom that comes with doing something different every week rather than getting bogged down in a formula. The last thing an anthology should be is predictable, and ‘Love’s Great Adventure’ might be the best example yet of how Shearsmith and Pemberton clearly know this. 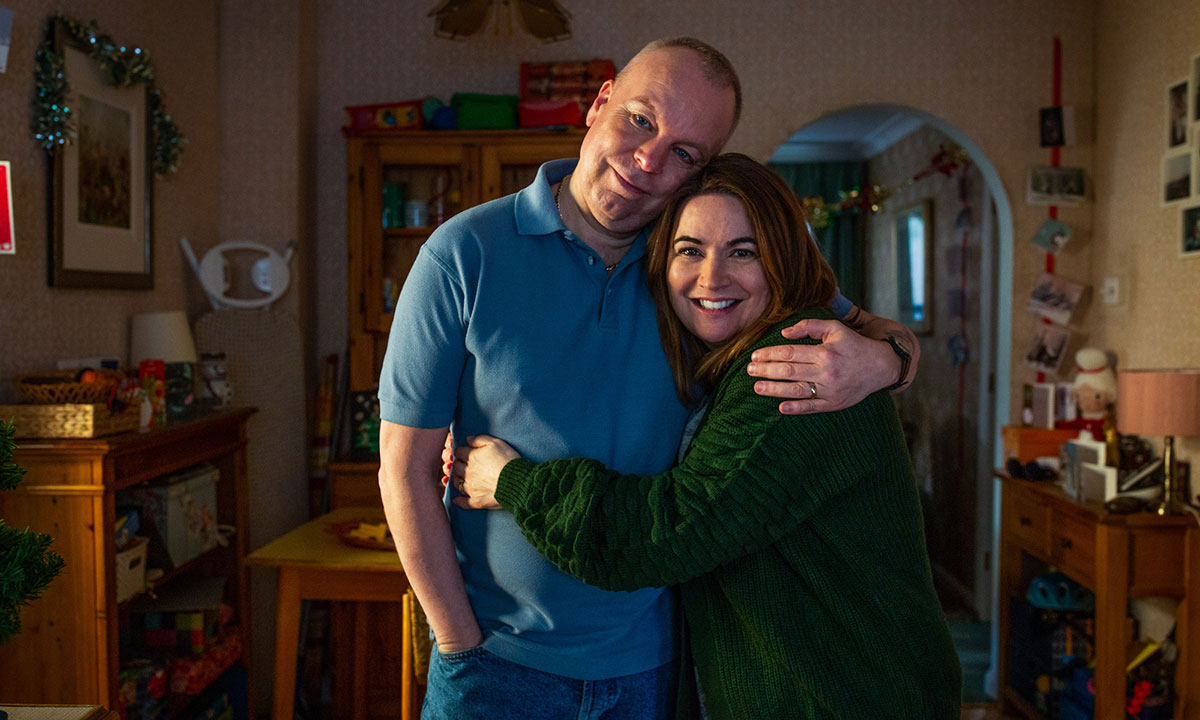 Inside No. 9 is a show which has given us ghost stories and psychological thrillers, it’s a dark comedy which mines probably most of the horror genre back in the seventies, and which has had episodes revolving around witch trials, demonic possession, abuse, and hauntings. And then it gives us this little play (‘plays’ truly are the best way to describe most Inside No 9 episodes), which is part soap opera, part Ken Loach film. ‘Love’s Great Adventure’ is a short and sweet kitchen-sink drama which drops the witty dialogue for a downbeat but genuine feeling slice of the ordinary and mundane, a true-to-life feeling snapshot of one working class family’s struggles, with a father out of work, a daughter trying to pass her driving test, and a son hooked on drugs. It’s really well put together, with some brilliantly realised performances throughout, but what’s most striking is just how different this is to the rest of their output.

This feels like the ultimate demonstration of the sheer range this show has – that it can go from being an oddball, genre piece one week, to a heartwarming, true to life vignette the next. Inside No 9 is a small-scale BBC 2 comedy, one which is generally limited to having everything take place in one room or location – and yet it feels like one of the most ambitious and wide-ranging shows out there. More than anything else I can think of, it’s a show that can truly do anything, as well as a showcase for just how important writing is in any project on the large or small screens.  All aspiring writers could learn something from this.

It’s no wonder that Inside No. 9 has attracted fairly big names like Jenna Coleman and David Morrissey as guest stars. The two leads, Shearsmith and Pemberton, are as magnetic as anyone else on screen, in their own ways. Pemberton is a master at portraying the more real, down to earth types, whereas Shearsmith is truly compelling when playing the more enigmatic, mysterious figures. Both clearly have huge talent – but it’s in their writing that they most impress, with scripts that just ooze wit and detail.

Season 5 has weaker episodes, but this is down to the same wide-ranging variety that makes this show great, rather than it being any sort of jumping of the shark. This is still a show with moments of true brilliance, and while it may not have the same level of hype around it as other shows, it is certainly one of the best out there at the moment. 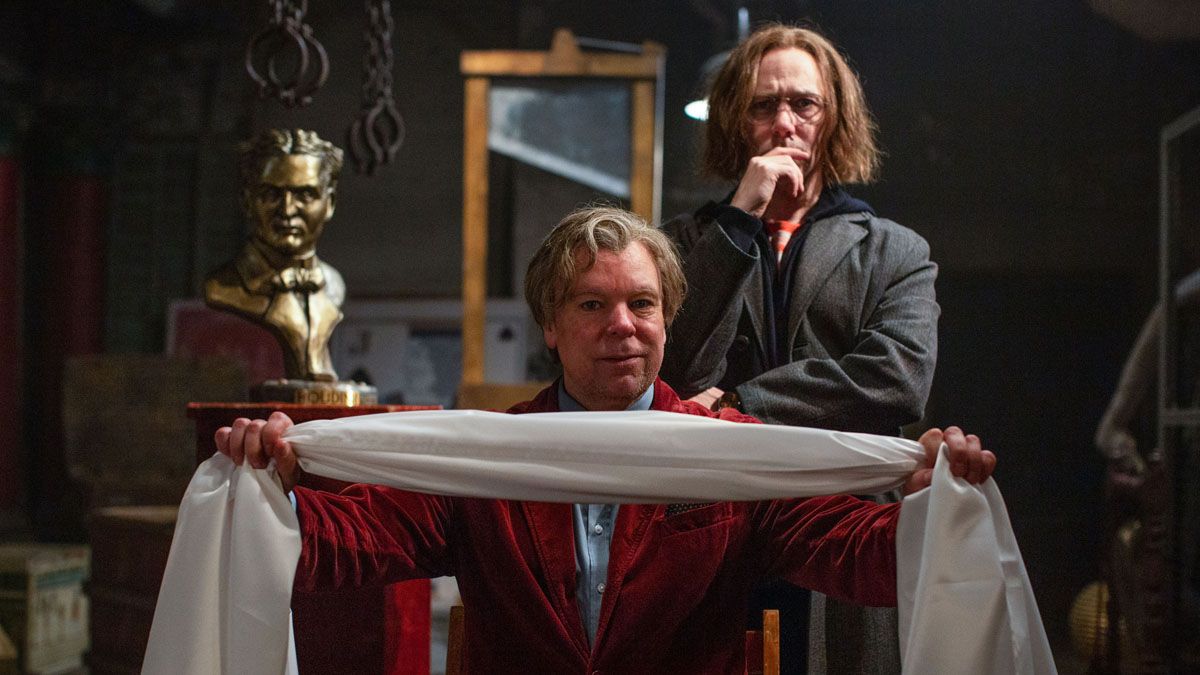 Verdict
An understated little show, Inside No. 9 remains as brilliant and experimental in its fifth show as it was in its first.
8
Cultured Vultures is a pop culture website established in 2013 covering all things gaming, movies, and more. We eat your words.
All The News On The Biggest Games