Where To Read the Attack on Titan Manga Online 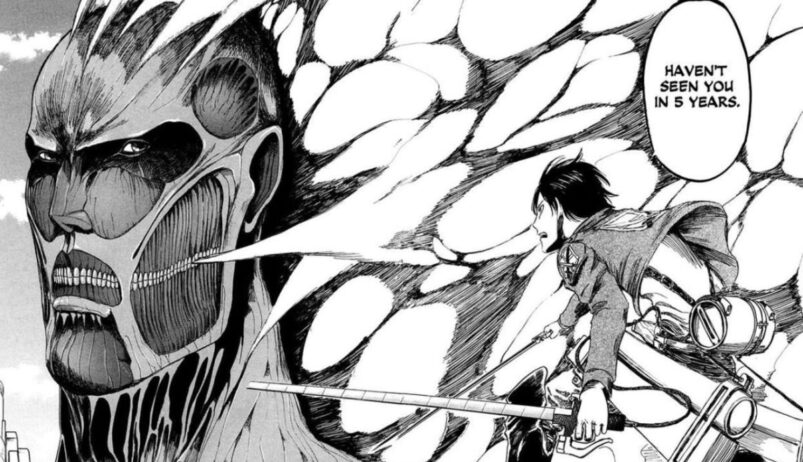 Attack on Titan rocked the animeverse in 2013 with its first season, and since then, the franchise’s success has been skyrocketing. It’s got four seasons, a bunch of merch, video games, a ton of chapters, and no shortage of story moments to fill all that material out. Hajime Isayama closed the book on his epic dark fantasy back in 2021, and even though the ending might’ve not been what people had expected, the manga series went down in history as one of the best penned.

So if you’re an anime-only watcher or just new to the manga series, and want to jump right into the source content, you’re probably wondering where you could read Attack on Titan online. Well, you’re in luck as there are a handful of sites that provide the Attack on Titan manga to read online.

Where Can I Read The Attack on Titan Manga Online?

The Attack on Titan manga contains 141 chapters in total, and though the anime hasn’t yet finished its run, the manga on the other hand has reached its conclusion.

From all the available places right now, Mangadex seems to be the best bet when it comes to reading the Attack on Titan manga online. But if you’re looking for good enough substitutes, then Crunchyroll Manga is a good place too. Amazon Comixology and Kindle Unlimited also have the manga volumes listed for purchase, while Inkr is a great option as it lets you read the first few chapters of Attack on Titan for free.

But that’s not all, as you can read Attack on Titan on your Nintendo Switch as well, with the InkyPen app, and as for mobile, the Azuki manga reader app is the recommended destination.

What Is Attack on Titan About?

Titans are giants that roam about the world, ending all life ruthlessly. With only layers of walls protecting them from utter annihilation, the people live on the border of death. To combat the Titans, the military of Paradis assembles elite units of soldiers such as the Survey Corps to put down some of those abominations, but with an endless number of them, hope seems like a rare commodity.

The story follows Eren Yeager, whose life is turned upside down when the Titans destroy his home town Shiganshina and kill his mother. Swearing revenge, as is the cruel tradition of the world, Eren enrolls in the Survey Corps, but soon he realizes his life is meant for more when he’s able to transform into a Titan himself.

We couldn’t recommend reading Attack on Titan enough as it’s undoubtedly one of the best publications out there, and to sleep on it would be to miss out on an unforgettable journey, so definitely consider making it your next binge-read.

READ NEXT: 15 Best Sports Manga You Should Read