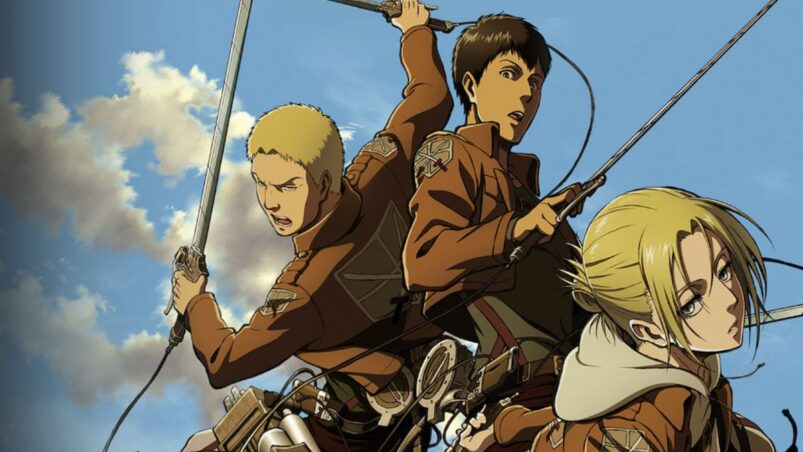 Attack on Titan is one of the few anime that’s made a name for itself worldwide. Its hardcore action, devious plot twists, and cruel deaths will leave fans on the edge of their seats. Wit Studio and MAPPA also delivered quality animation that the work of Hajime Isayama deserved. However, you might need an Attack on Titan watch order to experience it in the best way possible.

But what’s the story all about? Attack on Titan is set in a world where the last humans are isolated from the outside world. Why are they isolated, you may ask? That’s because the outside world is filled with giant, man-eating titans. Humanity was at peace for 100 years until two unusual titans destroyed the wall. This led to the mother of the protagonist Eren Jaeger getting eaten brutally by a titan. After that, Eren joined the Scout Regiment and promised to kill all the titans.

That’s just the premise. The plot will get deeper as Eren and his comrades unravel the mysteries of their world. To catch up before the release of Season 4 – Part 3, here’s how you should watch Attack on Titan in order.

The series has always been known for its rich lore and storytelling. If you want to fully grasp the story, then you should watch Attack on Titan in this order.

– Attack on Titan: Season 2 (Clash of the Titans arc)

Those are all the relevant arcs of Attack on Titan. Every release is in chronological order, except for a few OVA episodes. The OVAs in the watch order contained vital plot points, but you might also find the ones not included worth watching.

Should You Watch The Attack on Titan OVAs?

There are only two OVAs in the watch order since they were the only ones that contributed to the plot. Ilsa’s Notebook showed us the crucial discoveries Hange found through the notes of a dead scout. Meanwhile, No Regrets told the story of Levi before he joined the Scouts under Commander Erwin.

The other OVAs may not be as relevant, but they’re still great side stories.

Sudden Visitor gives us a nice, funny cook-off between Jean and Sasha. Meanwhile, the Distress OVA shows the 104th Cadet Corps in a wilderness exercise, but a group of thieves kidnap Christa. And finally, the Lost Girls OVAs tell different stories about our favorite girls, Annie and Mikasa.

So should you watch the Attack on Titan OVAs? If you want to see more of your beloved characters, then you should definitely give them a shot.

Where to Watch Attack on Titan Online

You can stream all the seasons of Attack on Titan on Netflix, Crunchyroll, Funimation, and Hulu. However, it depends on your region, so you might have to get a VPN.

Attack on Titan can also be purchased on services like Amazon Prime, Google Play, and the Microsoft Store, as well as physically on Blu-ray.

READ NEXT: Where & How To Play The Attack On Titan Games