Where & How To Play The Attack On Titan Games 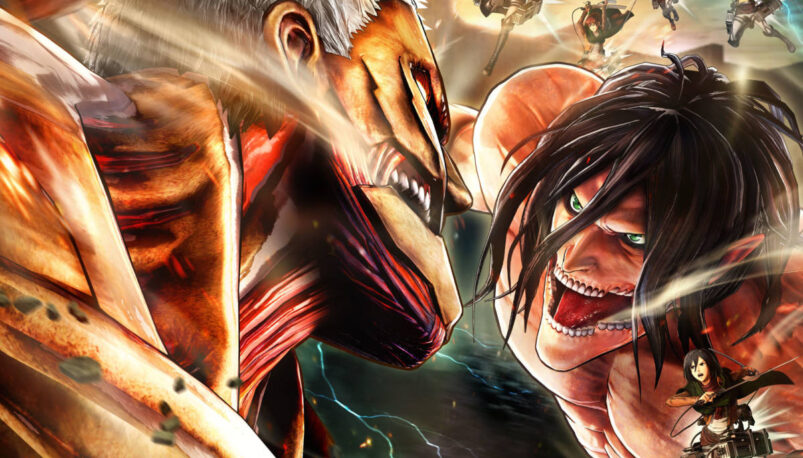 While Attack on Titan might not have quite as many premium video games considering that it’s a series in which characters fly through the air and slash the necks of what are basically demented kaiju, the games we’ve had so far have been largely decent. But where can you play the adaptations of Hajime Isayama’s smash hit manga? Here’s how and where to play the Attack On Titan games, including their platforms, if they released digitally and physically, and even if some of them are worth your time.

Attack on Titan: Humanity in Chains

The worst AOT game of them all, Attack on Titan: Humanity in Chains was rushed out to capitalise on the release of the first season in 2013 for the Nintendo 3DS. With a sloppy camera and somewhat poor presentation, many forget that Humanity in Chains even came out.

It doesn’t help that the game was quietly delisted from the 3DS eShop for purchase at some point, meaning that it cannot be downloaded through legal means anymore. The game was also never released in the West physically, so your best bet is to import a cartridge from Japan via eBay and also get a Japanese 3DS if you want to play it, as the 3DS is region locked.

The first home console release of AOT fared much better in general with critics and fans, though still had a lot of the same problems. Released in 2016, Attack On Titan (also known as Wings of Freedom in Europe, just to confuse things) follows the plot of the first season and received praise for the feel of its movement, though garnered some flak for being repetitive.

The original Attack On Titan is easy to find across all platforms digitally. However, if you want it physically, it had a fairly low print run so expect to pay quite the premium to be able to add it to your shelf. It also didn’t release on Vita physically outside of Japan.

An often forgotten entry in AOT video game canon, Attack on Titan 2: Future Coordinates was released in 2018 on 3DS as a follow-up to Humanity in Chains in Japan in 2017. Very little information is available about it in the West and it’s never been localised.

Attack on Titan 2: Future Coordinates was delisted from the 3DS eShop sometime ago, so even if you were able to reach the Japanese eShop, you wouldn’t be able to download it through legal means. Your best bet is to buy a Japanese 3DS cartridge off of eBay and use it on a Japanese 3DS.

While only slightly better reviewed than its predecessor, Attack On Titan 2 was seen as a big step up by fans with it quite easily being the best adaptation to date. The game follows the story from Season 1 – 3 of the show, with it doing its absolute best to be quintessential fanservice thanks to tonnes of content.

Attack On Titan 2 can be purchased digitally across all platforms that it originally released on. It also had a fairly limited physical run on all platforms except PC, so expect it to cost quite the inflated premium as so few copies were made.

Attack On Titan 2 is also available digitally and physically in its Final Battle form, which is a re-release of the original game with the DLC released to date. This is probably the Attack On Titan game you need to play, but it’s quite hard to get ahold of physically due to low print runs. Also bear in mind that purchasing it on Stadia requires you to have an internet connection at all times.

Players can also try out a demo on most platforms.

READ NEXT: 8 Anime Like Attack On Titan You Should Watch