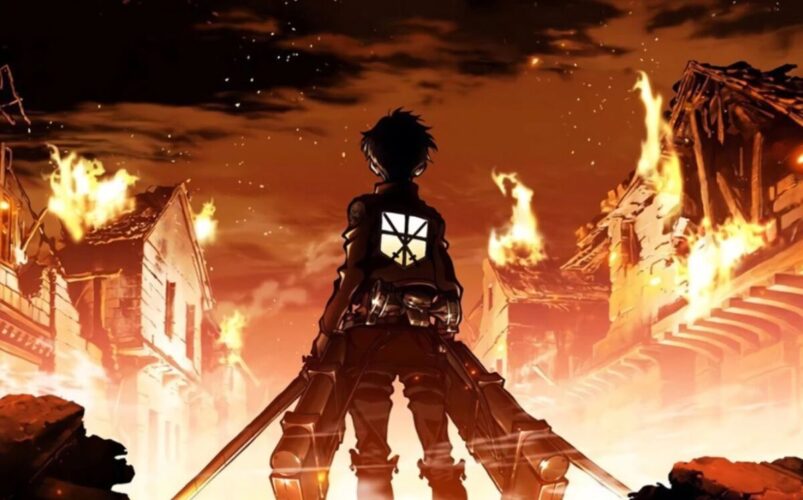 Attack on Titan is a gruesome and thrilling anime that’s, unfortunately, coming to an end. The final part will air sometime in 2023, to the excitement and dismay of the show’s fans.

The end of the series was expected, as the Attack on Titan manga finished in April 2021 after running for 139 chapters. Fans of AoT are probably searching for the next dark fantasy action anime like Attack On Titan to fill the empty void left by the imminent end of an era. Whether you’re looking to get into a series or binge-watch a show in its entirety, there are many options to choose from.

Any anime that is going to even come close to Attack on Titan needs to have intense battle scenes, suspenseful plots, brutal deaths, and, of course, giant monsters. Fortunately, several different anime like Attack On Titan check most of or all of these boxes.

While there may be no other show quite like AoT out there, some do come close and can fill the hole that the infamous series will leave behind. Below you can look through a list of both old and new anime like Attack on Titan to sink your teeth into after the show is over.

Code Geass is an anime from 2006 that expertly delivers a specific trope which fans of Attack on Titan will come to know very well. The protagonist in Code Geass, Lelouch Lamperouge, has many similarities to AoT’s own protagonist, Eren Yeager. They both aim to seek vengeance and struggle with their morality and doing what is right.

In Code Geass, Japan has been attacked and subsequently conquered by the Holy Empire of Britannia. Lelouch swears to bring about Japan’s freedom by using a mystical power known as Geass, which gives him complete obedience. Lelouch leads a rebellion against Britannia and commands a series of awesome mecha battles.

Both Lelouch and Eren have noble goals, which they try to achieve throughout their respective series. Eren wants to eliminate the Titans in order to avenge Shiganshina. Lelouch wants to get revenge on the authoritarian government of the Holy Empire of Britannia.

There are many similarities between Code Geass and AoT, including tragedy, epic battles, and wonderful characters. If you want to know just which major trope they have in common, though, you’ll have to watch each show. It’s definitely worth it because Code Geass is an amazing anime like Attack On Titan to watch.

Of course Fullmetal Alchemist is on this list, and OG fans will totally understand why. If you liked Attack on Titan for the tragedy, then this is the anime to pick up next.

Fullmetal Alchemist premiered in 2003 and is widely popular throughout the anime community. Some might be wondering how it could possibly relate to AoT, but if you really think about it, the two shows have more in common than they first let on.

A pair of brothers, Edward and Alphonse, go in search of the Philosopher’s Stone to repair their bodies after they were punished for trying to bring their dead mother back to life. During their failed attempt, Edward loses his arm, and Alphonse loses his entire body, with only his soul remaining in a metal suit of armor.

Throughout the brothers’ journey, they encounter various threats, including inhuman monsters that represent the Seven Deadly Sins, such as Lust and Wrath. Just like in Attack on Titan, the protagonists want to make a difference in their world.

There are also similarities between Eren Yeager and Edward Elric, as they’re both quite stubborn, loud, and dead set on accomplishing their goals. If you’re into monsters, heart-wrenching tragedy, and well-written characters in a series that has a ton of episodes, Fullmetal Alchemist is for you.

On the flip side, if you’re looking for a short anime that is easy to binge-watch, Parasyte is a great option. The show is short, with only 24 episodes, which ran from 2014-2015.

Parasyte is an awesome and gruesome monster-filled anime that is easy to get into. It’s based on a manga that dates back to 1988, with chapters being released until 1995.

The world has been infested with aliens that can possess humans, hence the show’s title. Our protagonist, Shinichi, becomes possessed by a Parasyte named Migi. However, instead of taking over Shinichi’s entire body, Migi can only take control of his right hand.

Just like Eren Yeager, Shinichi finds himself as a human-monster hybrid, which changes his view on the world around him. Parasyte is definitely more lighthearted than AoT and is also oddly wholesome in its own way.

Shinichi and Migi end up developing a rather unlikely bond with each other, allowing them to learn a lot about both humanity and the Parasytes. The short anime is packed with a ton of gore and carries an action-packed plot. Parasyte is definitely worth the binge.

God Eater is another very short anime that only has 13 episodes and ran from 2015-2016. The show was adapted from a video game of the same name, which launched in 2011. It became a series, with God Eater 3 being its latest release in 2018 for PS4, Nintendo Switch, and PC.

The show is set in 2071 in a nation known as the New Asian Union. Earth as we know it is gone and has become home to enormous beasts referred to as Aragami. An organization called Fenrir protects humanity from the destructive Aragami by using special weapons known as God Arcs.

God Eater uses very realistic CGI to create scenes of violence that will truly shock you to your core. While other CGI shows aren’t always that great, the creators of God Eater knew what they were doing when designing this show.

Its action sequences are unforgettable, much like those in AoT. There is also a similar plotline of a group of main characters seeking vengeance while trying to destroy disastrous creatures. If you want something short and sweet, God Eater is a great anime to binge over a weekend.

This show is also based on a famous video game series that was first launched back in 1986, with the series’ last new launch being in 2014. Several games from this series are considered some of the best video games to ever be released.

Castlevania ran from 2017-2021 and can be found in its entirety on Netflix. Some fans of the show may argue that it isn’t technically anime but rather anime-inspired. We’ll just leave that up for you to decide, though.

The show’s first season only had four episodes, but it became a major hit, skyrocketing in popularity and paying off insanely well for Netflix. Its final season aired in 2021, although there’s said to be more still to come, just with different characters.

This anime is full of gore and dark monsters, with the main monsters being vampires. Dracula is the series’ main antagonist and is arguably one of the best interpretations of the character you can find.

Castlevania is full of amazing action sequences, wry humor, tragedy, and fantastic characters. If you’re into monster hunting from your anime like Attack On Titan, you should definitely give Castlevania a watch.

Elfen Lied may look cute and bubbly on the surface, but it definitely isn’t. The anime is from 2004 and has one season with 13 episodes. Don’t let the adorable protagonist fool you because this show actually created a lot of controversy due to its insanely violent content.

This gorefest isn’t for the faint of heart. The pink-haired protagonist, Lucy, is a mutant with powers that could potentially shred apart any titan in the AoT universe. She loses her memories during her escape from a government facility and ends up fighting against her own kind.

Lucy is part of the Diclonius race, who look like humans with horns. The Diclonius also have invisible arms that can hold onto or pass through solid objects, which results in much of the show’s copious amounts of gore.

The show is a great example of how unfair the world can be and how corrupt human morals can become. It’s basically Attack on Titan from the point of view of the titans.

This extremely popular anime is based on a manga with the same name and had two seasons that ran from 2014-2015. There was also a follow-up called Tokyo Ghoul:re, which ran in 2018 and wrapped up the series.

Tokyo Ghoul features another human-monster hybrid as the protagonist, much like our AoT boy, Eren Yeager. The monsters in this series are known as ghouls, and they aren’t like titans because they look just like humans.

The ghouls survive by eating human flesh and go berserk if they become too hungry or excited. Our monster-human protagonist, Kaneki, becomes a half-ghoul when ghoul organs are placed inside his body during surgery after he barely survives a lethal encounter with a ghoul.

The show’s storyline follows Kaneki as he learns to live his life as a half-ghoul. He doesn’t fit in with other ghouls and desperately wants to keep his ghoul side a secret from his human friends.

Tokyo Ghoul has plenty of monsters and gore and fits with an overarching theme of learning to live as a monster-human hybrid. If you haven’t seen it already, it’s definitely worth getting into if you’re looking for more anime like Attack On Titan.

Last on the list, but certainly not the least, is Akame ga Kill, which ran from 2015-2016 in the US and had a single season packed with 24 intense episodes. This anime has a similar running theme in which the main threat is a corrupt capital and the government who runs it, similar to the deceitful government in Attack on Titan.

In Akame ga Kill, taxes are so high that people can’t make any money, resulting in villages that are completely impoverished. Any opposition to the amoral government leads to a public beheading in the middle of the day for all to see. An assassination group known as the Night Raid is formed to bring about a much-needed revolution in hopes of finally ending the excessive corruption.

As far as action goes, there is no other anime that quite compares, with Akame ga Kill being a step above the rest. There’s no fluff surrounding the well-written plot either, which is common amongst Shounen anime.

The protagonists in AoT and Akame ga Kill are fighting for similar things, including revenge, justice, power, and even love. Each show also has its own sick and twisted villains. If you’re into AoT for the dark and brutal themes, Akame ga Kill is a great anime to watch, although its themes hit a little closer to home.

READ NEXT: 10 Shows Like Rick and Morty You Should Watch