Rian Johnson does it again. 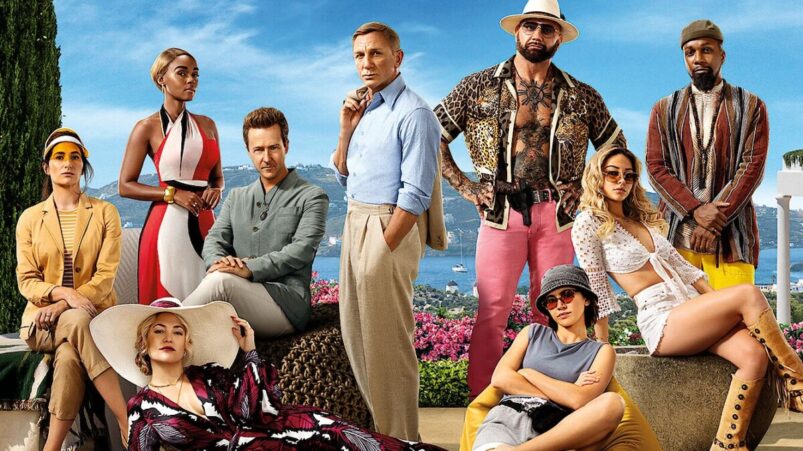 Glass Onion: A Knives Out Mystery

Sequels are notoriously hard to master. Repeating the magic of a much-loved original film, in this instance, Knives Out, is no small task. However, with Glass Onion: A Knives Out Mystery, returning writer-director Rian Johnson does have somewhat of an advantage. Considering the nature of whodunit films, instead of having to progress an already established narrative from the previous film, Johnson gets to employ a total reset on the story, setting and cast. Although, strictly speaking that’s not entirely accurate. It could never be a total reset, as no Knives Out mystery would be complete without Daniel Craig’s Benoit Blanc.

Yes, the immaculately-dressed master detective is back to crack another case in Johnson’s highly anticipated whodunit sequel. This follow-up sees tech billionaire Miles Bron (Edward Norton) invite a boatload of his entitled friends to a weekend-long murder mystery party on his private Greek island. However, someone takes things a little bit too literally, and Blanc is forced to spring into action after a real-life murder occurs.

Akin to a cinematic version of Cluedo – despite Blanc’s disdain for the game – Johnson primes Glass Onion with various players, many potential murder weapons and a whole island to use as his gameboard. In the famous murder mystery board game when players attempt to solve the case, they must do so by presenting three vital pieces of information: the murderer, the location and the weapon. Only with the correct combination of these three things can players be victorious. Similarly, Johnson’s marriage of three crucial components within his film ensures that he executes a winning formula, creating the most triumphant of whodunits.

The first of these components is the murderer, and Johnson has assembled a truly star-studded roster of talent to play his smorgasbord of suspects. As Miles, the aforementioned Norton extravagantly plays host to this impressive ensemble, taking plenty of shots at real-life tech giants in the process. In moments his portrayal might feel exaggerated, but with the increasingly absurd antics of the real-life figures he’s loosely inspired by, he really can’t play this role too big. Ultimately, he has a blast, and audiences will too.

Otherwise, the immediate standouts are Kathryn Hahn, who plays Connecticut governor Claire and Kate Hudson as ex-model turned fashion designer Birdie. Their characters couldn’t be more different with Claire’s carefully considered political brain never switching off, unlike Birdie’s, which is barely engaged at all. These two actors bring the necessary presence to their roles and will have viewers hanging on to their every word.

However, despite their enjoyably animated portrayals, it’s Janelle Monaé’s turn as Miles’ ex-business partner Andi that threatens to steal the show entirely. Her work here is tremendous, truly making the most of a brilliant role so precisely designed by Johnson. To pull focus from such an impressive array of actors around her shows her great ability and the nuance she displays within the role is consistently captivating.

The remaining cast includes Dave Bautista, Madelyn Cline, Jessica Henwick and Leslie Odom Jr. And whilst not as aggressively scene-stealing as the previously mentioned cast members, they nonetheless all have their part to play in Johnson’s masterplan. Viewers can also expect a string of high-profile cameos. Although some are undeniably effective, others feel a little cheap and tacked on. Most do make sense in the context of this story, however, hopefully Johnson won’t feel the need to make this a recurring feature in future instalments. There’s no need when he can secure such star-studded casts and has a leading man like Daniel Craig.

Of course it would be remiss not to mention his superb sophomore performance as the effortlessly charming Blanc. It’s a joy to witness him reprise this rather freeing role, allowing him to have all the fun that moviemaking should allow for. Craig’s delivery of Blanc’s dialogue in that rich southern drawl, the way he carries himself in his immaculate wardrobe and his perfect comedic timing ensure that Blanc is just as entertaining, if not more so than when audiences first met him.

So with his characters wonderfully brought to life, Johnson needs a world for them to play in. The use of Miles’ private island is fantastic and Johnson utilises interior and exterior space so well, allowing his mystery to unfold in devilishly mischievous fashion. Rick Heinrichs’ production design helps to create Miles’ exuberant playboy paradise and is as crucial in crafting his character as Norton’s performance. Jenny Eagen’s costume design has an equally attentive eye for detail, not just in Miles’ case, but for the entire collection of characters. Her specific point of view means that the clothing Johnson’s cast find themselves in often reveal much about their characters even before they utter a single syllable.

With the talented cast and his flawlessly executed production/costume design, Johnson checks the murderer and location boxes, and he only needs one more component to play his winning hand: the weapon. But what is Glass Onion’s secret weapon? It’s Johnson’s screenplay of course, which is layered with so much detail, passion and ingenuity. His central mystery is woven through the film in such a clever way, constantly misdirecting both his characters and his audience. In doing so, he relishes in the twists and turns he’s meticulously plotted. There are some lengthy monologues of exposition, but when Johnson’s dialogue is so lively and comically written, these are no chore to sit through. He has created a murder mystery that’s ridiculously fun to watch, but one that will also be thoroughly re-watchable, as viewers will take great pleasure in re-discovering the mastery of his work again and again.

Mystery aside, Glass Onion is brimming with comedy too. There’s a continued sense of amusement throughout, but there are also several truly side-splitting sequences. In addition to the laughs, Johnson also deftly manages to deliver a healthy dose of satire, here directed at the super rich. He has countless ideas and themes running through his script that pointedly highlight the injustice, hypocrisy and shallowness of the upper classes. He eats the rich, and leaves no crumbs.

Thanks to the film’s murderer lurking amongst this remarkable cast, the craft teams creating a uniquely playful arena for its location, and most importantly Johnson’s inspired writing as the film’s ultimate secret weapon, Glass Onion truly becomes a murder mystery masterpiece. 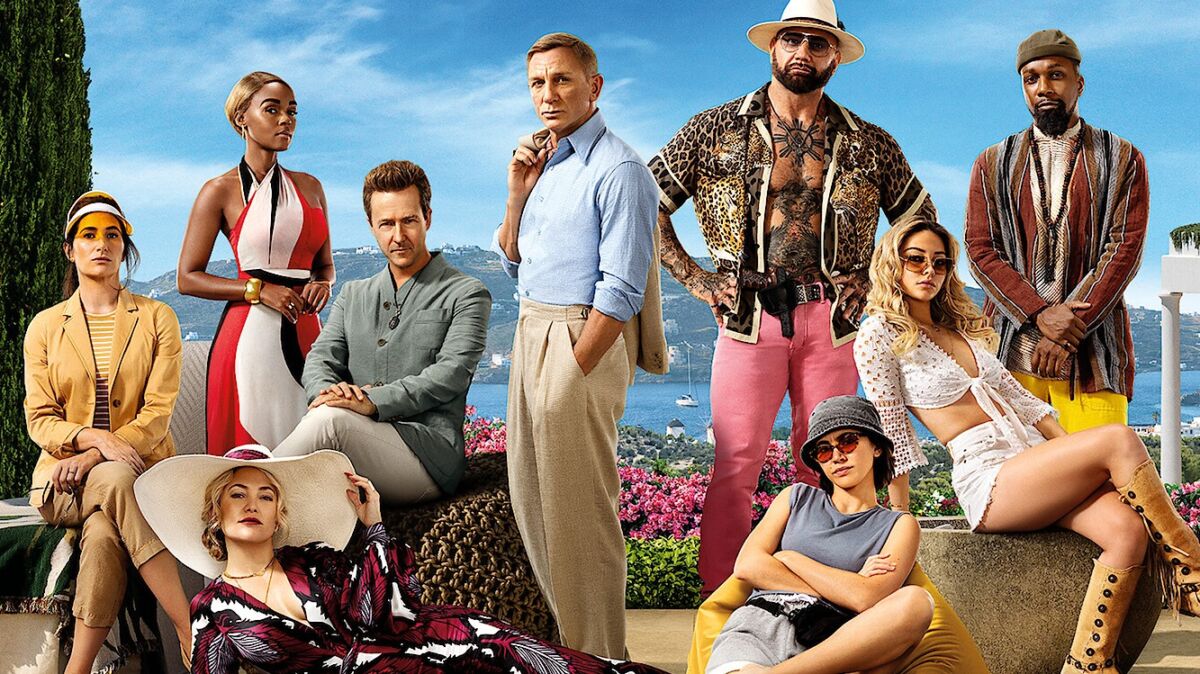 Verdict
Benoit Blanc’s return to the big screen brings with it another superb Rian Johnson whodunit, that seriously rivals the original Knives Out mystery.
10
Cultured Vultures is a pop culture website established in 2013 covering all things gaming, movies, and more. We eat your words.
All The News On The Biggest Games