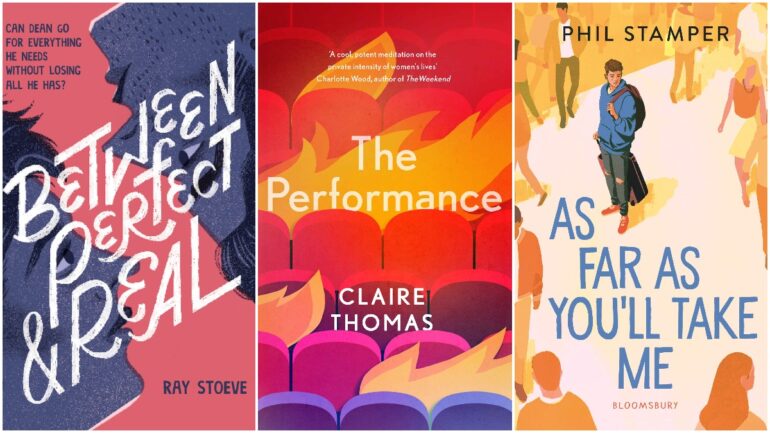 As we start 2021 with no end in sight to the closure of cinemas or theatres, thank goodness that we still have the book world ticking along and producing new works for us to devour in this still inordinate amount of free time that we have. These ten new LGBTQIA books of 2021 are just a selection of the ones we are looking forward to this year.

If you’re tired of waiting for the new James Bond film, then you should check out Knecht’s first Vera Kelly tale.

In 1962 New York, Kelly is working night shifts at local radio and trying to blend into the Greenwich Village gay scene when she is recruited by the CIA. If you’re a fan of page turning thrillers and larger than life characters, then Vera Kelly is the woman for you.

Jarrar is a controversial figure in some circles, but her writing has always been well received, and Love Is An Ex-Country will undoubtedly be no less unapologetic than Jarrar herself. A memoir recounting a road trip across the USA, this book meanders between the journey itself and the life that led up to it, including the fallout of Jarrar’s controversial tweet about Barbara Bush.

This book will be no holds barred, and it will also be searingly, brutally honest.

Danforth’s second novel is promising a lot of things as a modern gothic novel, set in a school for girls, Brookhants.

In the early 1900s, five girls were killed in suitably grisly ways and the school was closed. Now the ‘curse of Brookhants’ is set to become the subject of a horror movie, filmed on the school grounds, and – as with all good gothic novels – the line between fiction and reality is going to be blurred. If you’re a fan of Sarah Waters, Plain Bad Heroines will probably be the book for you.

Following up on their previous works – Gender: A Graphic Guide, and Queer: A Graphic History – Barker and Schleele are back exploring sexuality.

These guides are equal parts informative, funny, and, most importantly, very reassuring. Even if you think you know everything about modern sexuality, I guarantee that you will learn something from this book. And if you’re questioning your own sexuality, Barker and Schleele will definitely have your back.

Three women watch a performance of a Samuel Beckett play in the middle of an Australian city besieged by bushfires. As the play runs, we are treated to an introspective look at each of their lives, and their inner workings.

Early reviews say that The Performance is a complex read that goes hard on pondering the human condition. We will probably all need a bit of that in 2021.

As Far As You’ll Take Me is a YA novel about a young man, Marty, who moves to London with just some savings from his summer job, free at last to explore the sexuality he has been hiding from his parents back home.

Marty also struggles with anxiety, which will make him a very relatable character for young readers (and probably a lot of the older ones too). Stamper’s debut, The Gravity Of Us, was well received, so hopes are high for this one too.

Between Perfect and Real is a YA debut novel from Stoeve, focusing on trans teenager Dean as he negotiates his way through the fact that everyone at school thinks he is a lesbian – including his girlfriend.

When Dean is cast as a ‘non-traditional’ Romeo in the school play, he realises that playing the role might just be the thing he needs to help him start living his life authentically. This is getting great early reviews and is sure to be a hit.

Lee’s new novel sounds seriously cute, and one that you will want to add to your list for light summer reading. Maybe you’ll even be able to read it on a beach this year! Transgender teen Noah Ramirez runs a blog full of happily ever after stories that gives hope to his readers all over the world.

When someone exposes the stories as fiction, Noah has to convince everyone the stories are true. Enter Drew, willing to fake date Noah to help him save the blog. It sounds like perfect set up for a seriously sweet rom-com.

This collection of essays by twenty-four leading writers, activists and thinkers (including Jeanette Winterson, Juno Dawson, John Bell and Amrou Al-Kadhi) ponders the relationship between faith and sexuality in the modern world. They explore topics such as religious dogma and answer questions such as if it is possible to be gay and still believe in God.

If you have any interest in theological debate, or LGBTQIA issues, this book is guaranteed to be a fascinating and thought provoking read.

Bryne is a well known voice by now in Young Adult novels, ever since her first book earned her a nomination for New Writer of the Year at the National Book Awards in 2012.

Afterlove sounds really intriguing; after a car crash, Ash is invited to join a band of reapers who collect the souls of the dead. But Ash just wants to see Poppy, her first love. Being dead might be a bit of a problem though. If you’re looking for queer fantasy, Afterlove will be one of your best bets of the year.