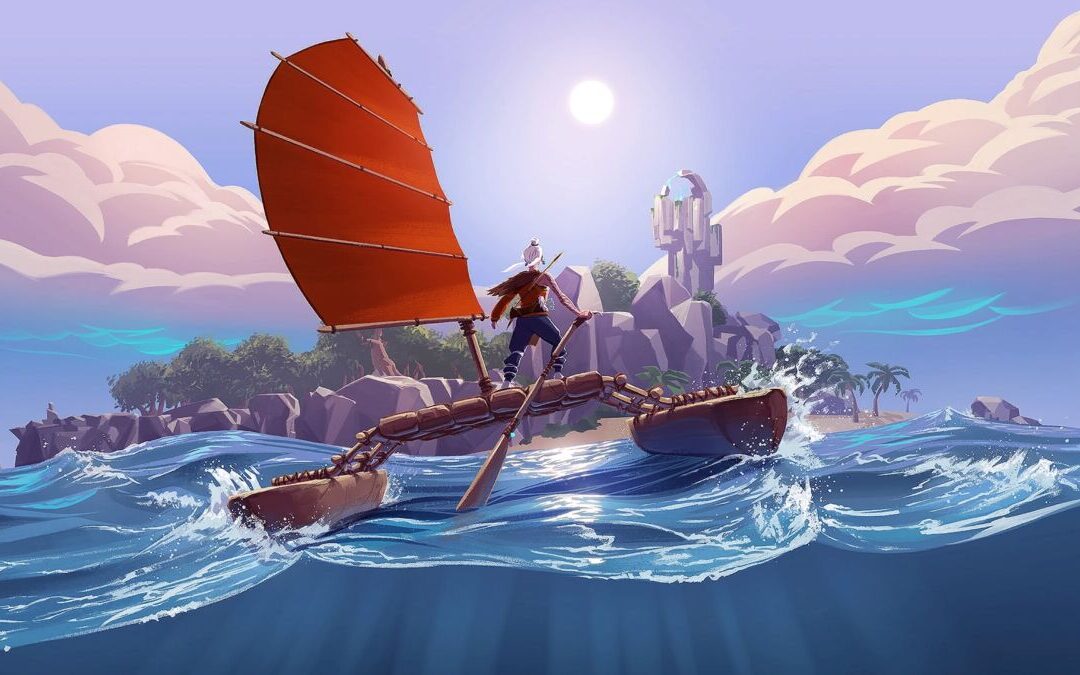 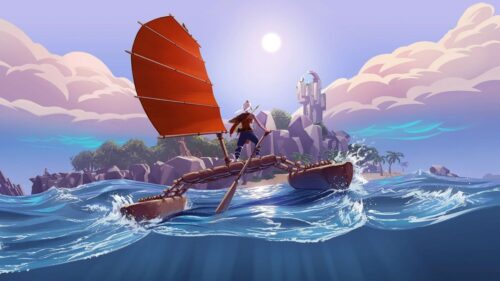 Rogue-likes have been challenging players to overcome their limits for years. By starting the player off with very little in an incredibly daunting new world, rogue-likes encourage experimentation while also punishing brashness. This is the balance that Windbound, a new rogue-like/survival/adventure game from Five Lives, attempts to strike.

If the notion of combining the above three genres sounds a bit intimidating, you’re not wrong. While the ambition to attempt such a task is admirable in and of itself, sticking the landing on such an endeavor is a bit of a challenge. Sadly, this is where Windbound struggles.

While the game looks great, and exploring is initially fun and exciting, Windbound quickly grows stale once you begin to realize the basic structure of the game. Broken up into 5 chapters, Windbound sees the player taking on the mantle of Kara, a member of a clan of seafaring explorers. When Kara is separated from her clan during a storm, it’s up to the player to help her survive her harsh new reality as a ship-wrecked castaway in unfamiliar territory.

As the player explores their first island, they’ll find the means to craft and create a boat, a spear and a few other items that will help them to adapt to this world. From there, they will set out into the wild blue yonder in hopes of finding a solution to Kara’s predicament. However, it soon becomes clear that this archipelago is home to many strange and dangerous creatures, as well as the remnants of a lost civilization.

The series of islands that populate each chapter of Windbound are procedurally generated. While there’s plenty of freedom in how you choose to undertake your quest, the basic premise remains the same: find three towers, scale them, then use their power to unlock a rune that allows you to complete the chapter. This cycle repeats five times, making up the central quest of the game.

Though the area to cover and explore gradually expands and contrasts over the course of the game, the fact that players have essentially seen what the game is (and will be) by the 20% mark is a little disconcerting. Sure, you may encounter different islands and creatures as the game continues but, essentially, Windbound remains the same once you’ve come to terms with it.

Players are able to craft an array of weapons, items, and boat parts to help them undertake this journey. Unfortunately, Kara has so few carry slots that crafting is more of a headache than it should be. Killing a single enemy can net as many as three separate items. Even with a boost, Kara can only carry around 10 items, making experimentation with crafting particularly annoying.

The rough limit on item carrying also includes any food, weapons or clothing that the player has crafted, adding further restrictions on the inventory and crafting system. Maybe with double that Windbound would open up a bit more but, as is, the player will struggle to even carry the bare essentials, making experimentation difficult.

The survival aspect generally works well. Food is plentiful but still has to be sought out often enough to remain a commodity. Common resources like grass and wood are everywhere, while more rare items will have to be farmed from animals and monsters. If future patches allowed a more open inventory system the crafting elements might really take off, opening up the game a ton.

Though Windbound offers a Storyteller difficulty, a mode which is slightly less punishing (and which I generally stuck to for purposes of this review), players will still likely find themselves erring on the side of caution. Since combat is easily avoided, and the consequence of death is either restarting the game or restarting the chapter (depending on difficulty), it’s hard to feel encouraged to explore.

Yes, of course, this is true of other rogue-likes and survival games as well, but the length of Windbound (up to 10 hours from my experience) and the ease with which a player can be dispatched makes it feel far more advantageous to simply play conservatively.

In terms of combat, Windbound feels closest to the classic Legend of Zelda style, albeit with slightly less panache. Players can lock on, dodge and strafe back and forth while striking at the enemy with their weapon of choice. The spear feels great to use, while the bow and sling offer more mixed results. The sling is especially hard to get the hang of, with a truly puzzling aiming system at the heart of its mechanics.

These flaws are a major bummer, since the initial impression that Windbound leaves is one of awestruck wonder. Like in The Legend of Zelda: Wind Waker (no doubt a key influence), Windbound feels like a world where anything can happen. The problem is, it doesn’t. The game stays the same for most of your playtime, tempering much of the state of wonder it initially instills.

It’s really too bad. Windbound could be a really cool game and it sometimes will wow the player, even withstanding its flaws. Maybe a few more spins in the development cycle could have unleashed Windbound’s inner potential but, as it is, Windbound feels bland and undercooked, despite its beautifully animated veneer. 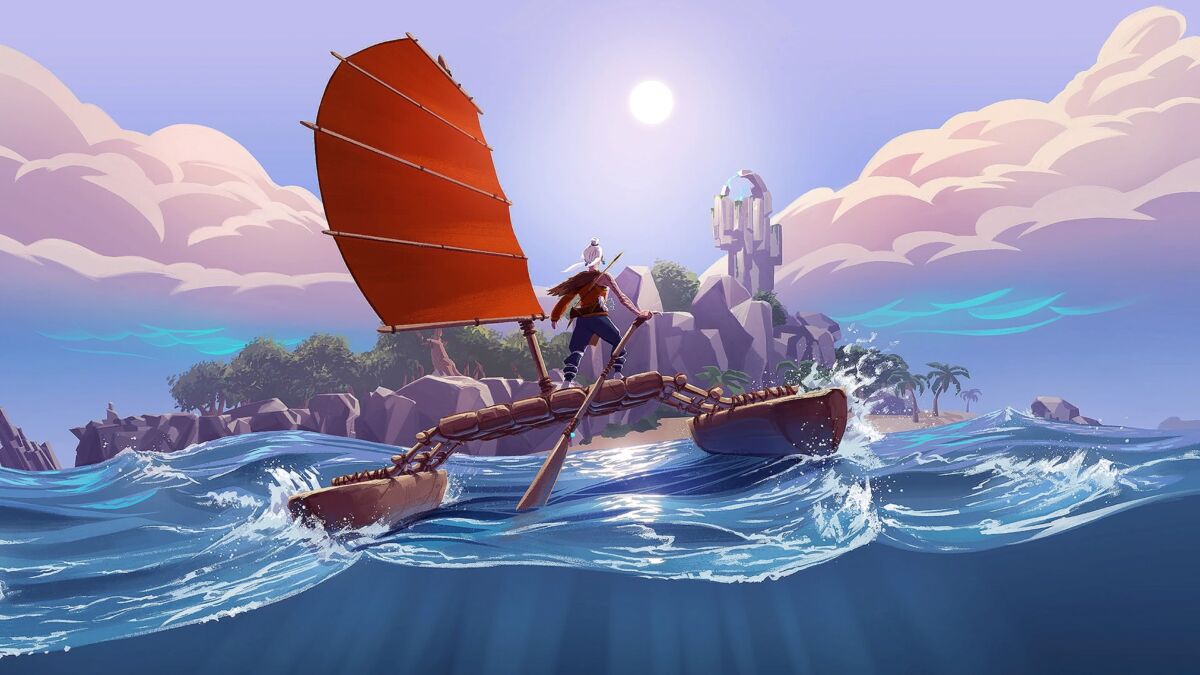 Verdict
While Windbound initially instills the awe and wonder of a brave new world to explore, the game quickly grows stale once the structure of it becomes readily apparent.
5