10 New Anime of December 2022 You Should Check Out 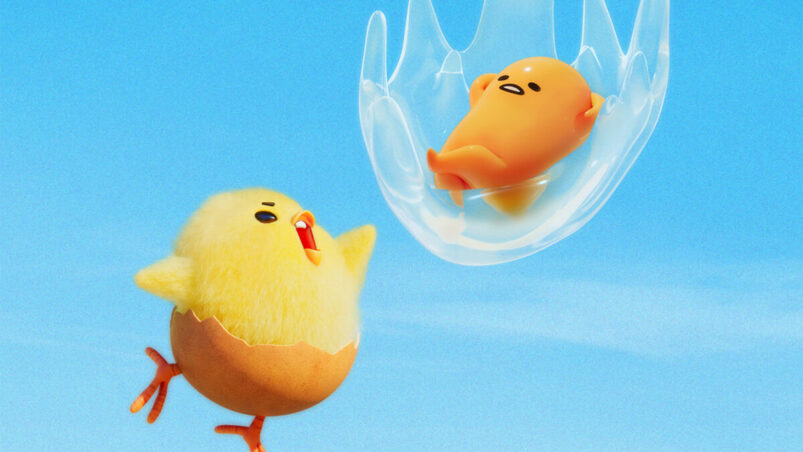 The animeverse has massively expanded in 2022, as some of the biggest manga have received an adaptation, while other great anime like Bleach have made their return. The fall anime line-up was pretty stacked as is, but with December peeking around the corner, a mountain’s worth of new shows are set to take the stage.

It’s easy to miss out on the latest anime releases when so many other shows are hogging the spotlight— totally not referring to My Hero Academia. Naturally, we’ve compiled a list of ten new anime of December 2022 that you really should add to your watchlist. With the upcoming roster of anime looking as jam-packed as ever, here’s hoping that the year closes off the way it started — with a bang.

Exactly one year after first airing, the fifth season of the series, Jojo’s Bizzare Adventure: Stone Ocean, returns with its third and final part. Witness the end of Jolyne Cujoh’s saga as the current Jojo in her head-on battle against Dio and Enrico to reclaim her father’s Stand.

Catch the final batch of episodes 25-38 on Netflix from December 1st. Intriguingly, Jojo’s Bizzare Adventure: Stone Ocean Part 3 will cover all remaining chapters in the Stone Ocean chapter, and will pave the way for the adaptation of Steel Ball Run— one of the highest-rated manga ever serialized.

The First Slam Dunk was revealed to be the prequel story of the critically acclaimed anime Slam Dunk. This will surprisingly mark the series’ return after a 26-year-long hiatus since the anime finished airing in 1996.

The movie will explore the origins of how Hanamichi Sakuragi, the main protagonist of Slam Dunk, initially got into the game. In high school, he was basically a hopeless romantic, but that all changed when he met a woman who was passionate about Basketball. The new anime of December 2022 are certainly bringing in the nostalgia, so definitely keep an eye out for when the film releases on the 3rd.

All grade-schooler Bondo Taira dreams about is wanting to have an OrderMaid like his friends. OrderMaids are service robots capable of doing every house chore imaginable, so pretty much every family owns one. After finally being able to convince his mother, Bondo gets one too. Weirdly enough, Roboco the maid turns out to be a bumbling character.

Me & Roboco is very similar to other childhood classics like Doraemon, so you can say this anime is for those wanting to feel like the good old days.

Not a great deal of details have been revealed by Netflix for its latest video game adaptation, but it’s easy to see from the trailers that animation quality is pretty high. Netflix’s recent other game-related shows like Cyberpunk: Edgerunners have already been declared masterpieces, and while these series can’t be strictly marked as anime, they sure do look promising and are worth watching.

Set in the dark fantasy lore of Dragon Age, the show will follow a tale that involves an all-out war raging against different races. Our main squad of magic-wielding delinquents in particular will be trying to stop menacing forces from bringing about the end of all things this December.

Kaiketsu Zorori: La La La Sutā Tanjō is the next film adaptation in the famed children’s book franchise. In this particular instance, the “unbelievable” Zorori happens to come across a promising but stressed-out singer, Hippopo. Being the gentle souls they are, Zorori and his friends Ishishi and Noshishi decide to help Hippopo in reaching her goals.

Every couple of years we have the Kaiketsu Zorori series return with another heartwarming tale. Luckily, it just happens that the movie will be included in the new anime headed your way in December 2022.

Another never before seen Netflix original anime launching this December is Gudetama: An Eggcellent Adventure. By watching its trailer, you can see that it isn’t what you’d expect from a typical anime.

Firstly, Netflix’s Gudetama: An Eggcellent Adventure has a very unique animation style, as it’s a mixture of CGI and live-action, and although that may sound pretty weird, it excellently complements the journey of a lazy egg, Gudetama, and baby chick Shakipiyo trying to find their mother.

7. Kaguya-sama: Love Is War – The First Kiss That Never Ends

Picking up right after the events of Kaguya Sama: Ultra Romantic, The First Kiss That Never Ends will finally entail the moments we’ve all been waiting for since day one. Now that both Kaguya and Miyuki realize that they have feelings for each other, it’s finally time for them to swallow their pride and lay it out plainly.

Nobody could’ve expected how amazing the Kaguya-sama anime would turn out. What felt like it’d be another generic romcom ended up becoming one of the greatest smash hits to date, and A-1 Pictures has answered the fans’ call for more. The next chapter in Kaguya’s love life arrives as a part of the new anime of December 2022, and it’s surely one you can’t miss out on.

The spin-off sequel to the highly acclaimed Seven Deadly Sins anime is finally arriving later in December 2022. The story is set years after the original and will follow Tristan, the son of Meliodas and Elizabeth, struggling to control his powers due to his rather extraordinary genetics.

Scared of what he can do, Tristan sets off to Edinburgh to learn more about how to control his gifts. Along this journey, however, he’ll make friends and foes alike. It’s been some time since we last saw the Sins, so hopefully, there will be tons of cameos — especially Escanor’s, if that’s even possible.

9. Lonely Castle In The Mirror

Reluctant about going to school, Kokoro spends most of her day alone inside her room. Strangely, a mirror in her room starts shining, and she starts to investigate. Her intrigue causes her to walk through it and get transported to an unfamiliar castle where others like her have been confined.

It’s revealed that they must find a “key” that’s been hidden inside the castle, and the one who finds it will have any wish granted. As selfish as it sounds, Lonely Castle In The Mirror is a touching tale about life that everyone should experience this December.

2022 is most definitely signing off on a high note as another quirky iteration of the enigmatic Fate series will be released on the last day of the year. In an alternate timeline, like is pretty much always the case, The Third Holy Grail War didn’t go exactly as it originally did.

This discrepancy in events leads to a future war where the Heroes summoned are strange or fake. The Fate/Strange Fake special episode will be the last entry to be included in the new anime of December 2022, making the year all the more memorable.

READ NEXT: Where To Watch Monster Anime For Free