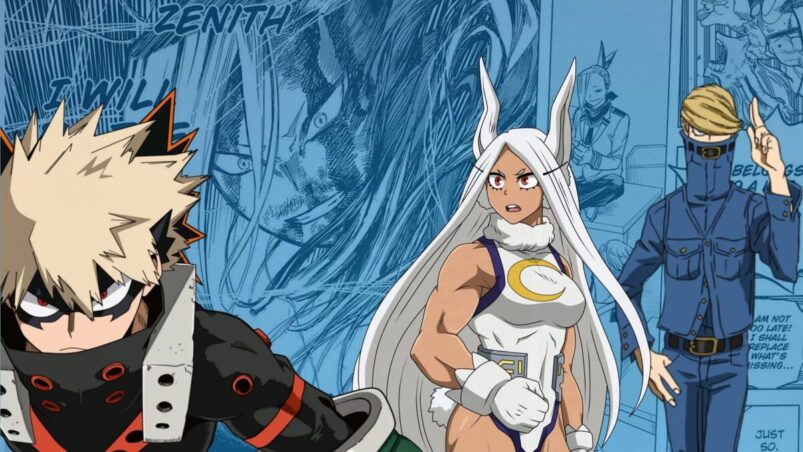 After becoming one of the most successful anime franchises of the modern day, My Hero Academia is currently on its sixth season. MHA has over one hundred episodes already out, not to mention the films and other kinds of media. Still, the manga has quite a lot of content, and is probably going to get even longer, so there’s plot for a long, long time yet for the anime to adapt.

That brings us to what’s being worked on right now. After the fifth season covered events from multiple arcs, it ended by introducing the Paranormal Liberation War arc. Following in its predecessor’s steps, the sixth season aims to continue the showdown between the heroes and villains believed to be one of the best arcs across the series, according to manga fans.

And if you want to keep up with the adaptation, check out this My Hero Academia: Season 6 episodes guide, so you’re in the know about the release date of each episode, as well as where to watch them.

The sixth season is expected to get 25 episodes, releasing from October 2022 all the way to March 2023. A new episode is supposed to come out on each Saturday/Saturday, depending on where you are in the world.

Here is the name of each episode, along with its air date:

Keep in mind that Bones hasn’t confirmed many of these release dates, so they’re subject to change. Still, this My Hero Academia: Season 6 release schedule is what most viewers expect, so it’s highly likely that Bones will keep up with it.

New My Hero Academia: Season 6 episodes are coming out each Saturday/Sunday at the following times:

Just like the release dates, the release times are also subject to change, but they’re just as likely to remain the same as this list.

Where To Watch My Hero Academia: Season 6

You can watch My Hero Academia: Season 6 episodes on Crunchyroll and Hulu.

Since you’re here, take a look at some of the many shows similar to My Hero Academia. Sure, they don’t have the same quirks (wink), but they can keep you busy.