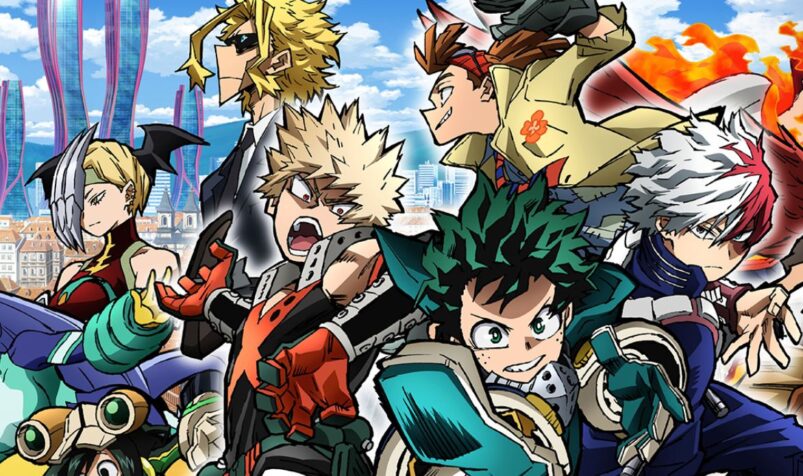 My Hero Academia is one of the most popular anime in the world and, as is always the case when an anime makes it big, it has the movies to prove it. There have been three My Hero Academia movies released so far, but due to how much MHA content is out there across so many different platforms, the MHO movie watch order can be a bit confusing. Whether it’s because their canon is disputed or the fact that they aren’t even mentioned in the show, the movie timelines feel a bit out of place.

Here is the recommended watch order for each of the My Hero Academia movies — Two Heroes, Heroes Rising, World Heroes’ Mission — alongside specific arcs in the show.

When To Watch My Hero Academia: Two Heroes

My Hero Academia: Two Heroes follows Deku and All Might as they travel to I-Island to meet an old friend of All Might who he hasn’t seen in many years. It’s not, long however, until the rest of 1-A shows up, and then the customary parade of villains with bad intentions aren’t far too behind.

Therefore, viewers are recommended to watch it directly after the Final Exams arc in Season 2 to keep up continuity with the events of the movie, which will also enhance the experience of a major event in Season 3. Watch Two Heroes after Season 2’s final episode and the 38th episode overall, ‘Encounter’.

Fans are also recommended to watch All Might Rising, an OVA that fills in more of All Might’s backstory, before checking out Two Heroes.

When To Watch My Hero Academia: Heroes Rising

My Hero Academia: Heroes Rising follows the class of 1-A doing hero work on a remote island during their summer break. Busy but hardly challenged, the relative peace is shattered when four powerful villains make their way ashore looking for a young boy with a unique Quirk.

The events of Heroes Rising are never mentioned or built up to in/by the show, meaning that it feels like a very standalone affair. However, viewers are still recommended to watch it after the Meta Liberation War arc that concludes in Season 5, as some of the characters from that arc do appear in the movie with specific powers/alliances.

When To Watch My Hero Academia: World Heroes’ Mission

My Hero Academia: World Heroes’ Mission is the most recent MHA movie and revolves around Deku, Shoto, and Bakugo teaming up to try and put a stop to Humarise, an organisation that believes Quirks will one day lead to humanity’s extinction.

My Hero Academia: World Heroes’ Mission is first teased after the credits of Season 5’s ‘Long Time No See, Selkie,’ with the events of the episode also teeing up the villains of the movie. The girls of 1-A team up to stop a mysterious shipment that’s being sent to the villains in ‘Long Time No See, Selkie,’ which is commonly believed to be the worst episode of MHA to date due to being filler and fanservice in one.

However, the movie itself takes place after the events of Season 5, just like Heroes Rising, with it coming right before the upcoming Paranormal Liberation War arc that will be a major focus of Season 6. Watch both the finale of Season 5 and Heroes Rising before you tackle World Heroes’ Mission.