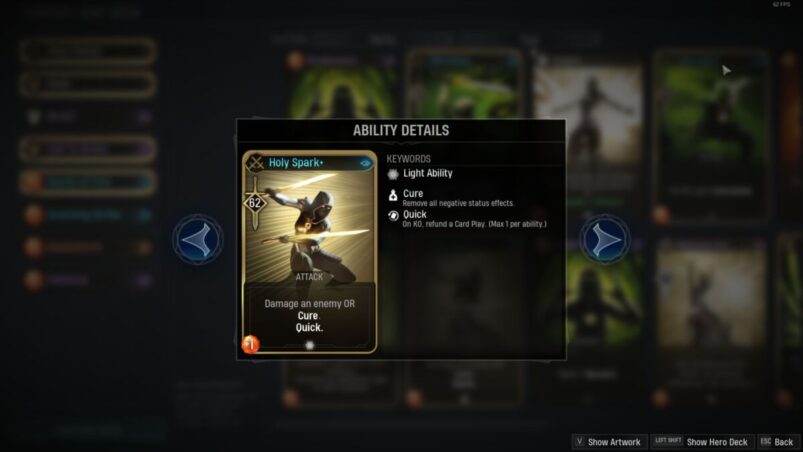 Quick cards are best used to deal with minions, enemies who don’t have a health bar that can be defeated in a single hit. Quick cards are great at clearing up the battlefield, and should really be a mainstay of your Hunter’s deck, especially in the early goings.

Quick is especially effective with cards that have Knockback, as you can knock an elite (an enemy with a health bar) into a minion to deal damage to the former and eliminate the latter, refunding your card play.

However, make sure you use all cards with Quick before you run out of card plays, as even though your play may effectively be free, you should need a play to actually use a Quick card.