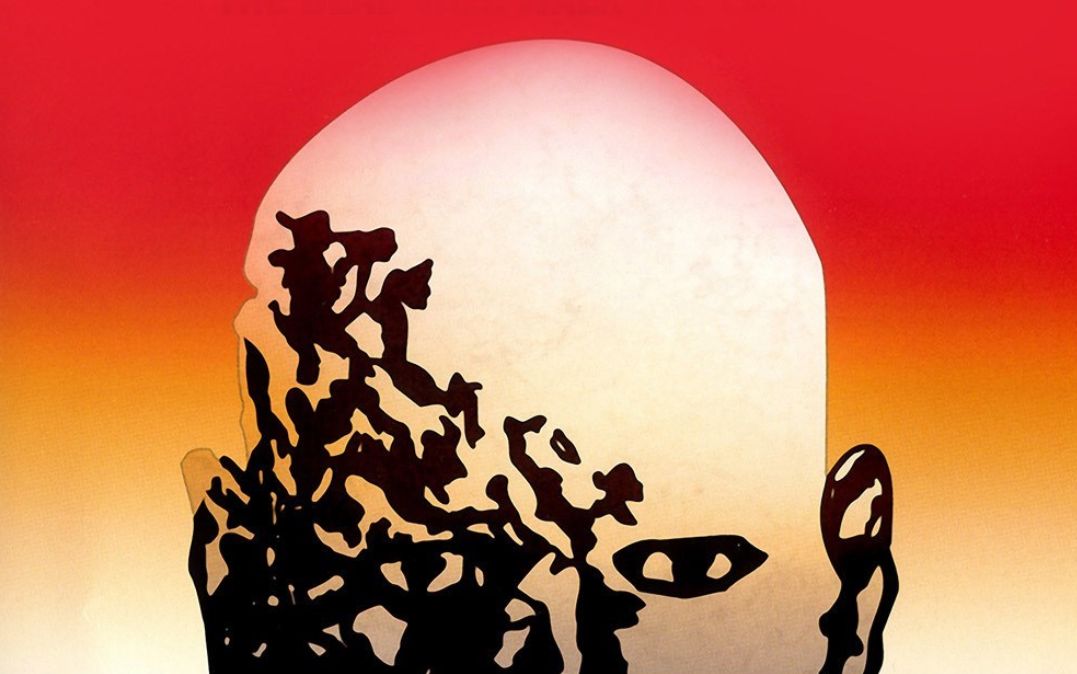 Well, my perception of the 10 best horror movies of all time at this particular moment in time. This isn’t something I delve into very often. Any sort of personal list I can make from the films I’ve seen is a hassle to create. Where do I even begin? Has my criteria changed? What’s going to go from the last time I made a list, and what’s going to stay?

I know the answers to these questions, but I usually don’t want to go much further than that.

It’s one thing to work on a list culled from a specific streaming service, or ranking the work of someone specific. Actually building my own list from the seemingly endless video store of everything I’ve ever seen is something else entirely.

I’m trying to become more comfortable with it.

What better time than Halloween to try?

For this month’s Make the Case, I’m celebrating by drawing up a marathon of my 10 favorite horror movies of all time. I haven’t seriously thought about such a list in a very, very long time, and I’ve gotten to a point where now I’m a little curious to see exactly what’s new, what stays the same, and which movies are still contenders, but have changed in their stature since the last time I really thought about them.

These are not going to be reviews, per se but more anecdotal in nature. They are going to be built around memories more than anything else, and aren’t in any particular order.

Everything about this film is perfect. From Boris Karloff as The Monster, to performances by Elsa Lancaster and Colin Clive, to the glorious makeup, costume design, art direction, and pacing, this film has never failed to capture my attention. Even now, it speaks to the best of how my own imagination responds to the depiction of the fantastic in film.

Vincent Price gets to butcher theater critics, run some Shakespeare, wear a range of ridiculous outfits, and sport the greatest bad guy mustache in film history. I’m a fan of most Vincent Price movies, but nothing comes close to the relentless pleasure I get from watching Theater of Blood. This is a movie I wish I had seen much earlier than my late teens. This would have been exactly the kind of horror movie I would have loved immediately from a very young age.

Theater of Blood isn’t just the best Vincent Price movie. More than one of my favorite horror movies, it’s high on my list of comfort movies. Long day? At least you’re handling it better than Edward Lionheart (Price).

And good news, you can’t possibly screw up your kids more than he does his daughter Edwina Lionheart (Diana Rigg, in my favorite performance of hers).

Suspiria was essentially a blind DVD buy for me. I had just watched a documentary about director Dario Argento on IFC. All I really knew about this film came from that documentary. That was enough to spend $60 in 2003 money on a 3-disc boxset. That included the soundtrack, which any fan of this movie will tell you is a vital component to its vivid, stark-raving brutality and strangeness.

Suspiria proved to be everything I hoped for in a supernatural horror epic. It started me on to becoming a fan of Argento, Italian horror in general, and physical media box sets that gave me the chance to appreciate films in a context that’s at least interesting to me.

I still love this movie, and it can still hit a certain emotional response with its insanity.

Another horror classic that I finally got to see as a teenager. I had seen Night of the Living Dead when I was in elementary school. I just didn’t get a chance to also see the even bleaker follow-up for several years.

In a way, I got to experience Dawn of the Dead with a force like those who saw it after seeing Night almost a decade earlier. They are very different movies, yet clearly come from George A. Romero, who was occasionally forced to tell very human, very politically charged stories with zombies. Dawn of the Dead amazed me as a kid with its gore, performances, and scenes of complete zombie bedlam. As an adult, all those things hold true, but I’m also floored by how strongly Romero refused to completely give up on humanity.

I think about that a lot, and I’ve honestly yet to find a zombie movie I enjoy as much as this one.

Not necessarily by design, but I’ve managed to see The Shining more than almost any other film on this list. I saw it at four or five years old, which was a terrible experience for everyone involved. I’ve seen it at pretty much every stage of my life.

I’ve seen it drunk, sober, on mushrooms, in more than one hotel (which is a weird experience unto itself), in a couple of very different movie theaters, with friends, alone, with family, with commentary, and so on. I’ve seen it on multiple formats across multiple screens.

That is true of most of these movies. However, none of them have the combination of still being a really good horror movie, but also being a completely different viewing experience across almost every single one of those possibilities listed.

I can’t help it, but few movies have compelled me across the entire history of my life in the way The Shining has.

If the sheer weight of influence counts for anything, A Nightmare on Elm Street would be number one on this list. Perhaps it is.

I saw A Nightmare on Elm Street 3 when I was four. I saw Freddy’s Dead when I was 6. I would have to wait four years to finally see the first film in the series. As such, my impression of Freddy Krueger was not quite the same as it probably was for others who were there on day one.

Yet from the very beginning of my love of horror, I have been completely absorbed by A Nightmare on Elm Street. No other horror movie or horror movie maniac fascinated me as much. I wrote my own short stories when I couldn’t see the other films right away, using whatever imagination I had to fill in the blanks. Those were some of the first stories I ever wrote. That was over 25 years ago.

I even ripped off Robert Englund’s Freddy for stuff like playing Bob Ewell in community theater To Kill a Mockingbird.

I have watched the original hundreds of times by now, I would have to imagine. It is both nostalgic and every bit as captivating as at any other time in my life.

While I love just about every movie John Carpenter has ever made, Prince of Darkness is the cosmic horror masterpiece that continues to be one of the best horror movies I’ve ever seen. This is another one that only seems to get better as I get older.

It has one of the best casts for a Carpenter film, which is saying something. However, what really seems to make Prince of Darkness such an engrossingly bleak fairytale, complete with that kind of logic, is the way it combines what we see with what we don’t.

Many of my favorite horror films bring those two qualities together. The universe we don’t fully see, colliding with the universe of this film that resembles our own, gnaws at my psyche in a way great horror often does.

Thanks to the miracle of premium cable channels, I saw The Exorcist III a few years before I saw the first film. While I can clearly appreciate that the first movie is a masterpiece, and while I wouldn’t say The Exorcist III is a better overall film than the original, I do have a weird sentimental attachment to it.

I would also call it a more entertaining film, at least to me. I like the focus on Kinderman, played here to perfection by George C. Scott. I like this film’s cruel, yet confounding depiction of the afterlife. I love the performance by Brad Dourif, whose performance might be the most terrifying of this entire franchise.

The Exorcist III still gets under my skin and has perhaps my favorite concept of atmosphere of any other horror film I can think of.

Between 2003 and around 2008 or so, I probably saw several dozen Asian horror films. Mostly Japanese, which was enjoying a wave of appreciation (and remakes) for some of the best works made in that country. I haven’t really stopped watching them, although nothing is ever quite as exciting as when you get into a new (for you) genre of horror. Dark Water is my favorite from that period, and I have yet to see a Japanese horror film top it in my mind.

Still one of the most unique ghost stories I’ve ever seen, Dark Water also has some of the most memorable and haunting protagonists to be found anywhere either. The unstoppable atmosphere of revenge and anger creates a mood that gives an emotional weight to its conclusion in a way that seems to be unique to Japanese horror films in particular.

Certainly not by the 2005 remake, which is simply “fine.”

Some of my favorite horror movies are the ones that leave with some form of apprehension in the real world. The world of the movie itself is still clinging to your DNA. You’re grounded, but you can’t fully shake the movie, as you walk out of the theater, and on into the everything that actually exists.

It Follows, which would be my choice for the best horror movie of the 2010s period, gave me a degree of discontent that is rare among the couple thousand horror films I’ve seen at this point. The streets of Ashland, Oregon were not quite normal for most of the walk home from the theater.

Beyond that feeling, which is sometimes all I need from a horror film, It Follows is a frightening, Terminator-themed presence of a movie and antagonist. It comes to us from the depths of the unknown. The way this presence makes itself known in a fairly realistic circumstances has a purity of concept and execution that made it a favorite after just one viewing.

READ NEXT: The Best Sci-Fi Horror Movies of All Time