You still got it! 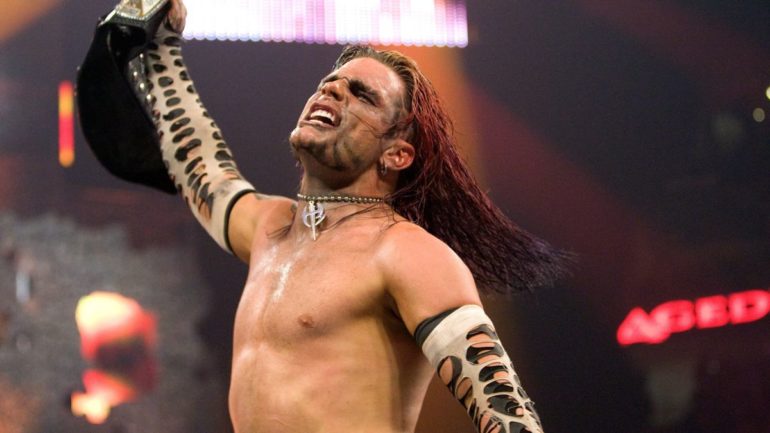 Survivor Series has been synonymous with young talent showcasing their full potential: Randy Orton’s breakout performance as the 2003/5 sole survivor, Keith Lee’s face-off against Roman Reigns in 2019, and, of course, the debut of The Rock in 1996. But at the 2021 edition of the annual Survivor Series event, an unlikely hero in Jeff Hardy stood tall as part of the men’s traditional elimination match, even in defeat.

At 44 years of age, Hardy isn’t exactly the blue chip star which WWE wants to push as their next big thing — that role goes to Austin Theory, another standout of the Men’s elimination match. Being a former WWE Champion and multi-time Tag title holder, Hardy is a certified veteran of the roster and easily one of the most popular superstars on the entire card. These days, fans are both shocked and overjoyed to see ‘The Charistmatic Enigma’ featured on a pay-per-view event, despite his tenure and undying support. It’s a rare happening, with his most recent appearance taking place at Extreme Rules in a triple threat match for the US Title.

However, after Survivor Series, it’d shock me if Jeff was kept off our television screens for much longer — the daredevil reminded the world just how beloved he is, even amongst some of the most pushed performers on the roster. From the get-go, Hardy was receiving some of the loudest reactions of the night, with fans jumping out of their seats when his entrance theme first rang out in the Barclays Center. Whenever Jeff would be tagged in by one of his SmackDown colleagues, the crowd would erupt and beg for more whenever he switched out. His face-offs with Finn Balor, Seth Rollins and Austin Theory were undoubtedly the biggest highlights of the match, making him the true MVP of the men’s traditional contest.

It was the final act of the match that really cemented Jeff’s success, though. As the lone-standing member of the blue brand’s men’s teams, Hardy was laid out by his own partner and former rival, Sheamus, and left to fend for himself against both Seth Rollins and Austin Theory. The fans were chanting his name as loud as they could, showing those listening backstage who they truly want to see on top of the card. Hardy fought hard and exchanged some clutch moments which almost brought the win home for SmackDown. Unfortunately, it wasn’t meant to be on this night, but Hardy won more than RAW ever could.

If WWE were to ignore the electric support for ‘The Extreme Enigma’ at Survivor Series, they’d be doing a legend-in-the-making a massive disservice. Hardy might not be diving off of the tallest structures on a weekly basis anymore, but there’s a natural charisma that shines through the routine spots. Adults and children alike cherish Hardy and will continually sport his gear and paint their faces to match their hero’s. That’s a following that few other wrestlers have in WWE, and that can’t be ignored.

Many wrestling fans expect that once Jeff Hardy’s contract expires, he’ll join his brother Matt in the ranks of AEW. As fun as it would be to see the Hardy Boyz reunite under the All Elite banner to take on the likes of The Young Bucks, the Lucha Brothers and FTR, seeing the inevitable rise of Jeff as a singles star in WWE is just as exciting of a concept. Hardy has defied the odds in the past and risen through the ranks to singles success, yet he has never shaken that underdog charm, and with the added elements of age and tenure, this could quite possibly become the best storyline on main roster TV.

The one thing that’s sorely missing from WWE programming is the lack of emotional investment. There’s nobody for the fans to become invested in, to pour their hearts and scream their lungs out for. Judging by the reaction given to him at Survivor Series, Jeff Hardy could certainly fill that role for the WWE Universe once more. It worked in 2008/9, it’ll work in 2021.

On a card that featured the likes of Roman Reigns, Becky Lynch and a record-setting Randy Orton, Jeff Hardy came away the breakout performer. Please WWE, do not send one of your most popular superstars back for another series of pointless Main Event matches. Exploit this newfound appreciation, make Jeff Hardy the star of the show once more. This last ditch effort could very well be the turning of the tide for WWE.

READ NEXT: Why WWE Failed Big Time With Hit Row