Dynasty Warriors 9 (Xbox One) REVIEW – A Change For the Worse 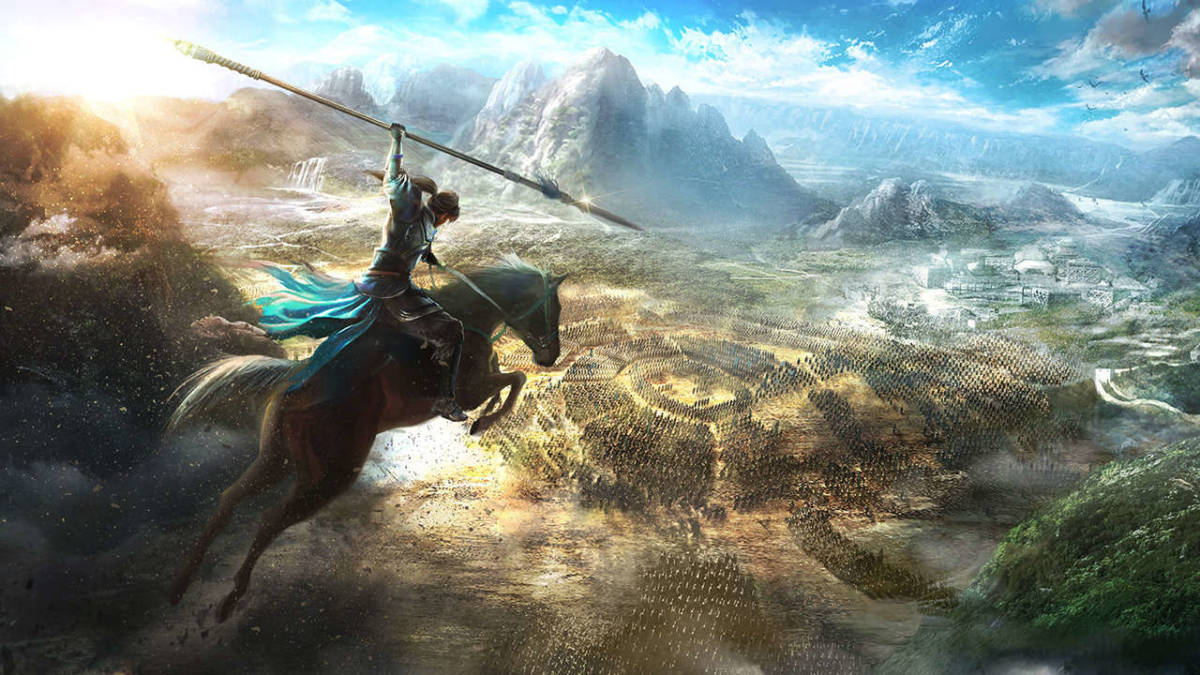 The Dynasty Warriors franchise is based on the novel Romance of the Three Kingdoms, which documents the turbulent times of China from 169AD to 210AD. The series has been renowned for huge chaotic battles and numerous playable characters, all of them with their own unique weapons and style. I have been a fan of the series since Dynasty Warriors 3 on the PlayStation 2, and have followed the series as it has moved from one console to the next.

When Koei Tecmo first dropped the trailer for Dynasty Warriors 9, it is fair to say I was pretty excited for it. Featuring a huge open world, over 80 playable characters and a new insight into the history of China, it looked as if it was a Dynasty Warriors worthy of the next generation of consoles.

By moving the franchise into a new direction, Koei Tecmo have managed to create a very beautiful take on feudal China. The open world truly is huge, with Koei Tecmo claiming that it will take you two and half hours real time to travel from one end to the other; a claim I find to be believable. While traversing this huge map, you can climb watchtowers to reveal the surrounding area, sit by a campfire and wait until darkness falls or dawn rises and even find hidden caches of valuable resources which can be used to upgrade your weapons and craft accessories. 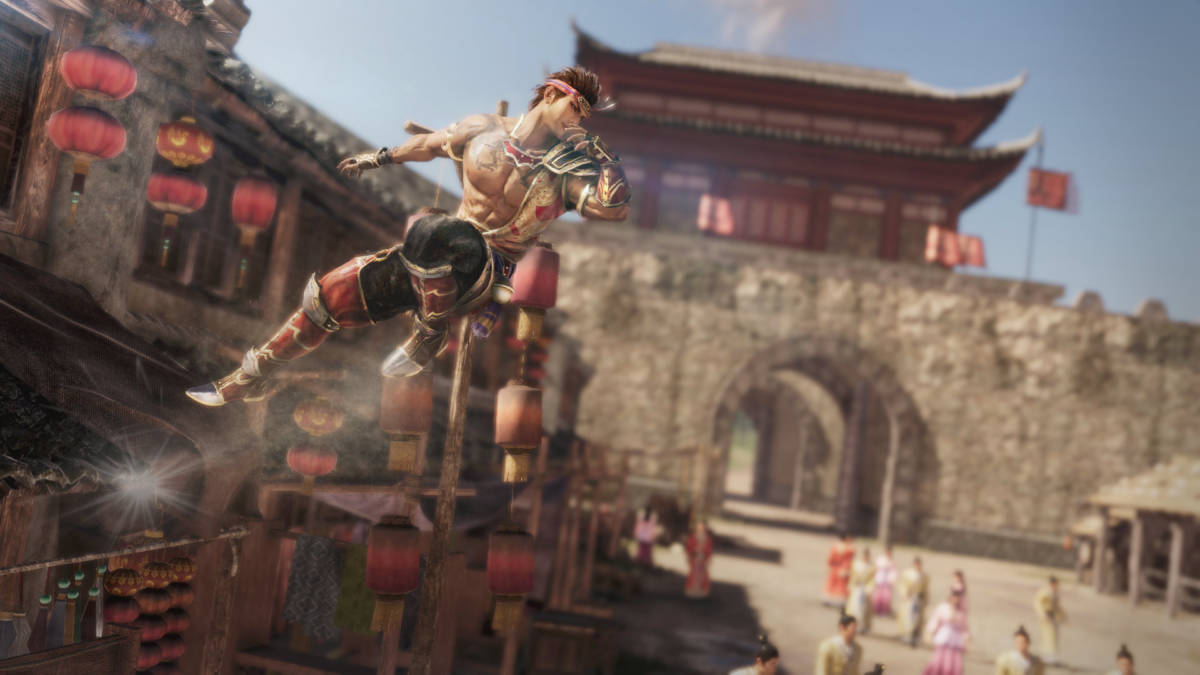 However, by taking the game in this direction, the franchise seems to have lost what really made it so appealing – chaotic battles. There was something hugely satisfying about throwing yourself head on into an army of enemy troops and officers and throwing down. This not only made you feel like an ultimate badass when your K.O count reached into the thousands, but it also made you feel like one of the legendary officers of old; a fact I do truly believe is important when it comes to this franchise. Now, I find myself wandering around the map often looking for enemies to attack and instead of finding a huge battle, I have to find myself satisfied by crushing a few base captains to secure my foothold.

The newest feature in this game is the amended controls. It is now easier to perform aerial combat, insane combos and special moves, making you feel like more of a badass on the field. If you find that you don’t like the weapons you are using, you can also equip different weapons to your character to suit your playstyle, however, you will receive a higher bonus if you use their preferred weapon. It allows another depth to the game which we have seen in previous entries but it has been perfected here.

The Dynasty Warriors 9 story mode focuses on one of the officers from the Three Kingdoms of Wei, Wu and Shu as you struggle to gain power with the overall goal of conquering the whole of the land. Each character has their own favoured weapon and move pool, which helps enhance their own personal story as well as your gaming style. Aside from the main quest, Koei have included numerous side quests that serve to destabilise the overall power of the levels general. 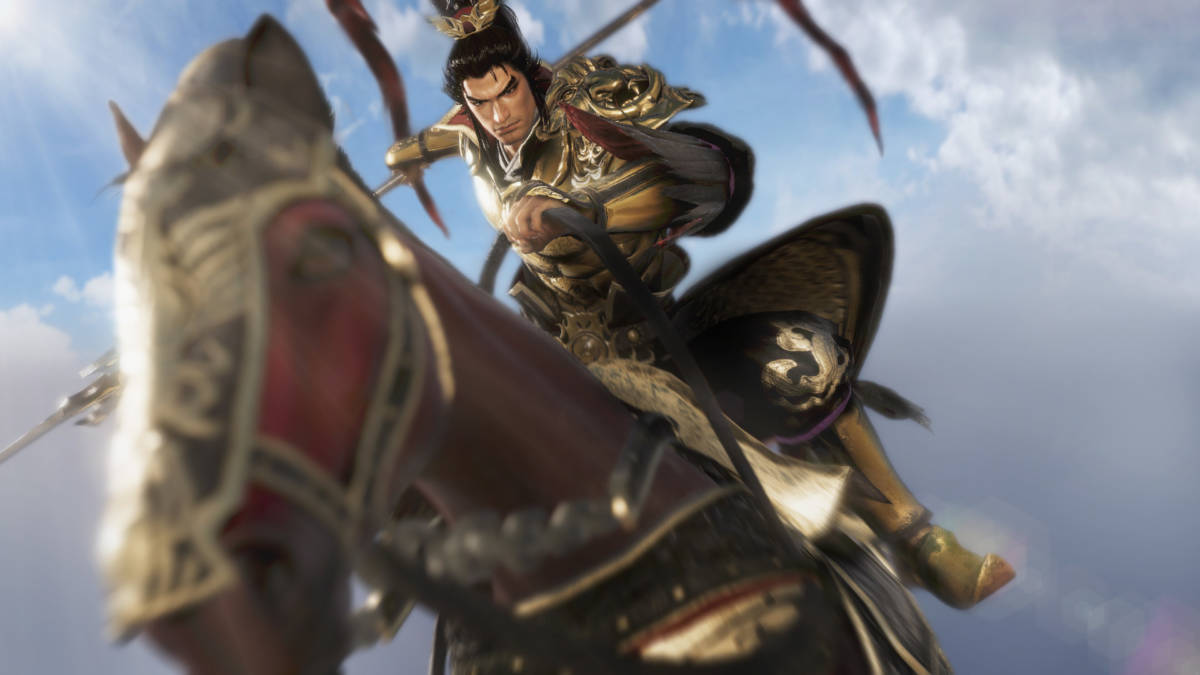 They range from destroying altars to remove phantom soldiers or kill a certain officer to ensure that they can’t stroll in and rain on your parade as you take on the general to complete the level. The sidequests also serve to increase the level of your character in order to unlock ability points to increase your ability. In other entries in the franchise, the levels have been very linear and these side quests really help to break up the monotony that you often found playing the older games. However, other sidequests such as hunting and fishing did not appeal to me, and I found that the game often forced me to take part in these. I just don’t see how hunting a wolf has anything to do with uniting China.

Aside from the campaign, there is very little else on offer when it comes to game modes. Other instalments in the series featured a second, less story driven game mode that felt easy to play, but I feel this may appear as a DLC package later on down the line.

One of the key points of the Dynasty Warriors franchise is the sheer amount of playable characters that you are able to choose from in order to gain the most of your experience from any given game. At first, you are only able to play as three characters, but as you complete missions, you unlock other characters and soon find that you are slowly but surely filling out the huge roster. But selecting another player to play as can be a little awkward. From my experience, I started out by playing as the leader of the Wei Kingdom, Cao Cao, and by the time I reached level 3 I was starting to get bored of him (he was always my least favourite character to play as anyway). As a result, I decided to go back and select a different character. This provided me with two serious issues. The first was I had to restart the level from scratch in order to play as a different character. Although this may not seem like such a big deal to some, when you have spent nearly an hour travelling across the map to reach your objectives, I really didn’t feel this appealed to me. 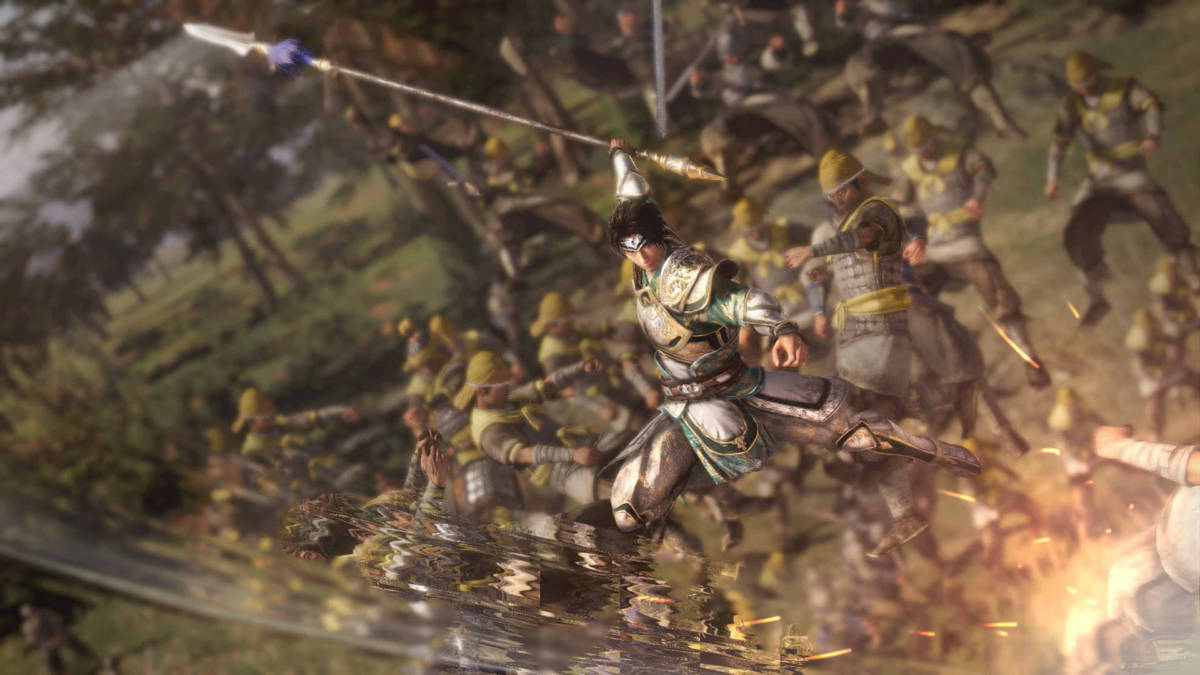 The second, and possibly biggest issues, is your new character starts off at level 1 when all the enemy characters and NPCs are level 20, meaning I was severely underpowered to really get anywhere in this level. The only solution I found to this was to trudge all the way back to the beginning of the campaign and start again with my selected character. I cannot emphasise enough how grindy this felt. In Dynasty Warriors 8, you were able to change characters on the fly and select a character to play the mission with. I really don’t understand why Koei did not keep this trend going.

The progression system has also been changed. Instead of your character levelling up equally, you are rewarded with upgrade points to allocate as you see fit. Although this can be seen as a good thing, I find that it is now trying to be an open world RPG instead of a hack and slash game that it excelled at in previous entries. This is complimented by a really confusing crafting system that requires you to unlock certain scrolls and gather materials to create your character’s next weapon. In previous entries to the series, weapons were dropped as random rewards, which somehow seemed fairer than the new system. I don’t mind a game including a crafting system at all, as long as said system works.

Graphically, Dynasty Warriors 9 leaves a lot to be desired. I had numerous issues from poor framerate, enemy soldiers randomly dropping in and out of gameplay and numerous bugs that saw my horse get stuck between two sets of wooden barricades. Even the playable characters did not seem to have anything special about them apart from a slightly shiny coating that made them stand out from everyone else. Although the open world is very pretty, it seems that the developers neglected to really make the most of the power that the next generation consoles possess. Character dialogue and narration is also limited to a few lines between levels, but in other games we were given rich amounts of detail with regards to certain character relationships and feelings. This is just outright missing from Dynasty Warriors 9.

With a huge open world, numerous side quests and over 80 playable characters, Dynasty Warriors 9 is a game you can throw hours into to try and complete the story mode with all the characters. However, it’s also crippled by an awkward progression system, repetitive side quests and a backwards character selection system. What Dynasty Warriors 9 really is designed to be is a tool to draw in new players to the franchise, as well as to retain their hardcore fanbase. Koei has succeeded with this to a certain extent, but many of their fans will be hugely disappointed. The developers focused on a huge open-world with RPG elements and in that respect they have succeeded, but they have moved so far away from what made the old games a success, that I truly believe it would be an insurmountable task to pull anything back.

Verdict
Newcomers to the series will no doubt enjoy the newest edition to the Dynasty Warriors franchise, while veterans will struggle to try and adapt to the new style of gameplay. Throw in the poor graphics and really awkward dialogue sections and you have a game that really falls far from where it should be.
6