The Dog Doc wonderfully reveals how one veterinary practice is changing the field in hopeful and remarkable ways. 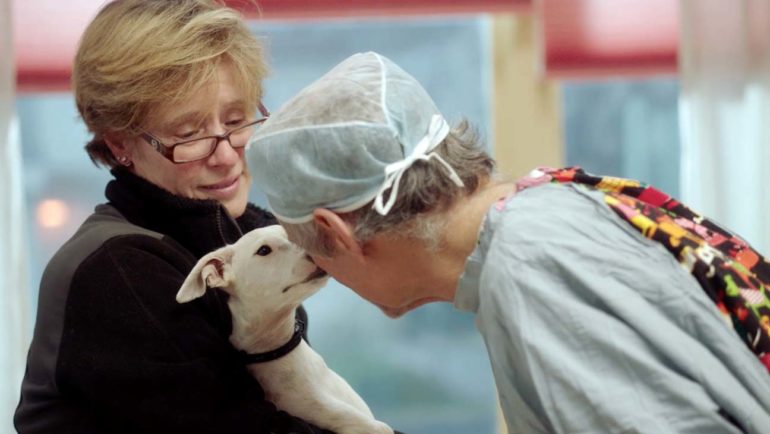 Most pet owners would never even consider giving up on their beloved animals, no matter how bleak their situation looked. But when you’ve received a third, fourth, or even fifth opinion from multiple veterinarians, and they’ve all given your pet only a few weeks to live, what more can you do? For Smith Ridge Veterinary Center, these desperate cases are something they receive all the time. Its founder, Dr. Marty Goldstein, has been called a quack, a kook, and worse. But the results of his methods speak for themselves: at his practice, miracles occur, and hope blossoms.

The Dog Doc is a new documentary from Cindy Meehl (Buck), who spent nearly three years filming the ins and outs of Smith Ridge. She and her team were granted unlimited access to the facility, and the result is a moving and eye-opening view at the future of animal care. Dr. Goldstein, along with his wife, Meg, and the other doctors and technicians, offer a different, revolutionary, and common-sense approach to veterinary care. They combine conventional medicine with alternative, holistic methods – focusing their efforts on supporting the animal’s immune system so it can heal itself, rather than pumping them full of drugs.

Goldstein has been ostracized and mocked by others in his field for his entire life. His unorthodox methods, such as vitamin C IV drips, acupuncture, and cryosurgery for cancerous tumors, has drawn the ire of his colleagues. When he spoke at Cornell University, his alma mater, about his treatments, he received hefty criticism. But Goldstein – who speaks like Billy Crystal and dresses like the 70s never ended – has taken it all in stride. The sheer number of success stories that have come out of Smith Ridge are impossible to ignore. His patients get better, plain and simple.

Meehl’s film goes through the life and career of Goldstein and his ongoing crusade to push for more clinics to implement his techniques. In addition to his mixture of conventional medicine with natural alternatives, he’s also largely concerned with over-vaccination. Many of you may be skeptical. The anti-vax movement has unleashed a tidal wave of misinformation and dangerous practices (like treating deadly diseases with roots and essential oils) to the point where any alternative treatments have fallen under heavy scrutiny. This is not what Goldstein and his team do. They are not anti-vax, and they do not reject modern medicine. They simply apply their methods that help to boost the animal’s immune system, so that it can do its job in tandem with conventional medicine.

“It’s obvious,” one owner remarks. “Once you get it, it’s obvious”. By being able to film over a decent span of time, Meehl is able to follow the stories of several patients and their road to recovery. All seem to be hopeless cases, ranging from an old dog with arthritic paralysis to a sweet dog with a massive cancerous tumor on its jaw. There’s also Waffles, a weak, 12 week-old puppy with a fungal infection, who was found abandoned on the side of the road. The documentary crew is allowed to get up close and personal with the vets, the dogs, and the owners, who should receive praise for their willingness to be as vulnerable as one can be on camera. “I could’ve been here two months ago,” an owner cries as she awaits to see whether her dog will need their jaw removed. No other veterinary clinic besides Smith Ridge offered an alternative. “It took a lady at the dog park to get me here.”

Like all great documentaries, The Dog Doc has a mission that reaches beyond itself and the story of Goldstein and Smith Ridge. This is a movement to turn these methods into standard operating procedure, and not just for the sake of the animals. The documentary gives plenty of attention to all of the other vets as well, showing how attached they become to their patients and how they cry and celebrate right alongside the owners. It’s a physically and mentally demanding job all around, but Meehl doesn’t shy away from the bleak reality of this career. The alarming suicide rate among vets is in large part due to the emotionally exhausting task of euthanizing beloved pets. Implementing these holistic techniques won’t just save more pets, it will also save the dedicated doctors who treat them.

The Dog Doc is a game changer. At the end of the film, Goldstein returns to Cornell to speak to a new generation of veterinarians. Times are changing, and perhaps now people are starting to realize that this mixed approach to medicine has merit. The proof that it works can be found right there at Smith Ridge. If these techniques work for humans, why wouldn’t they work for animals? Meehl and her team have crafted a revealing and uplifting film. You’d think a documentary about pets with little hope of getting better would just be devastating to watch, and yes, it’s easy to get choked up looking at these animals in such bad shape. But Dr. Goldstein and his team radiate nothing but positive and hopeful energy. The future of pet care is in good hands. 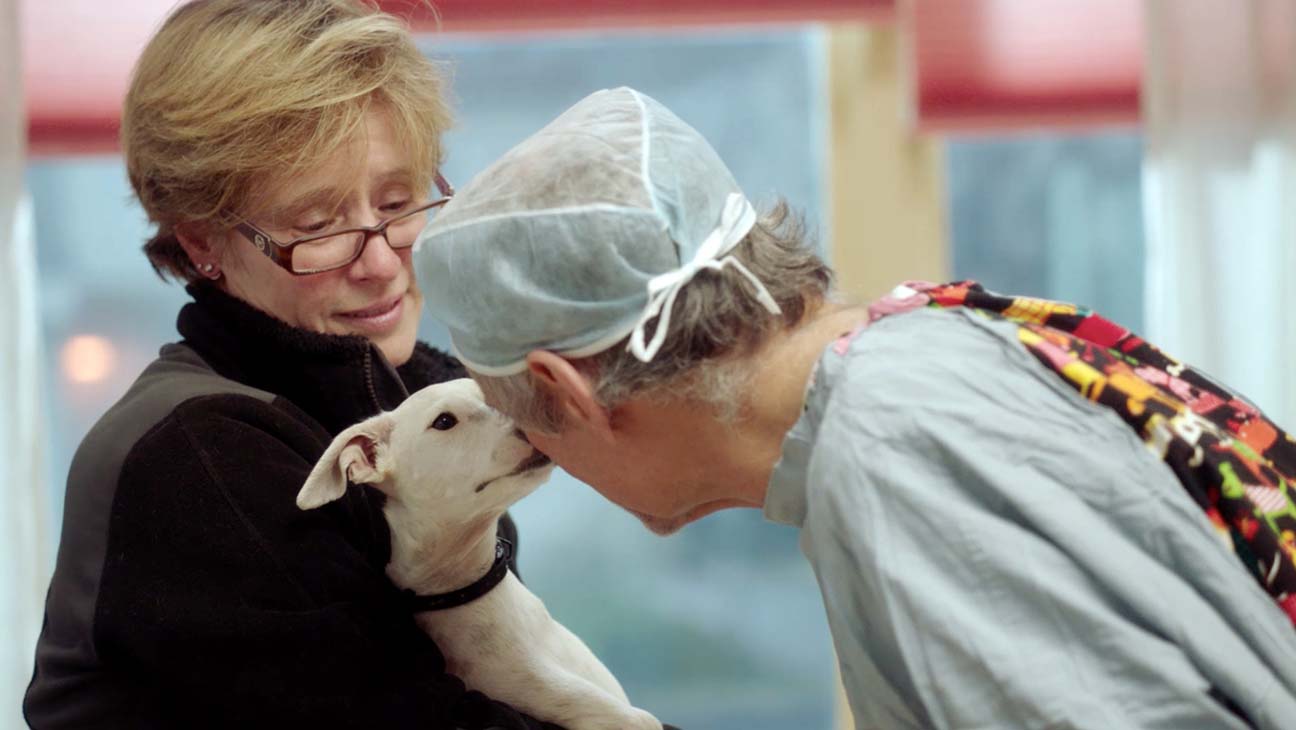 Verdict
The Dog Doc wonderfully reveals how one veterinary practice is changing the field in hopeful and remarkable ways.
10
Cultured Vultures is a pop culture website established in 2013 covering all things gaming, movies, and more. We eat your words.
All The News On The Biggest Games