Memorable Moments: Home Alone 2’s Get Down On Your Knees & Tell Me You Love Me 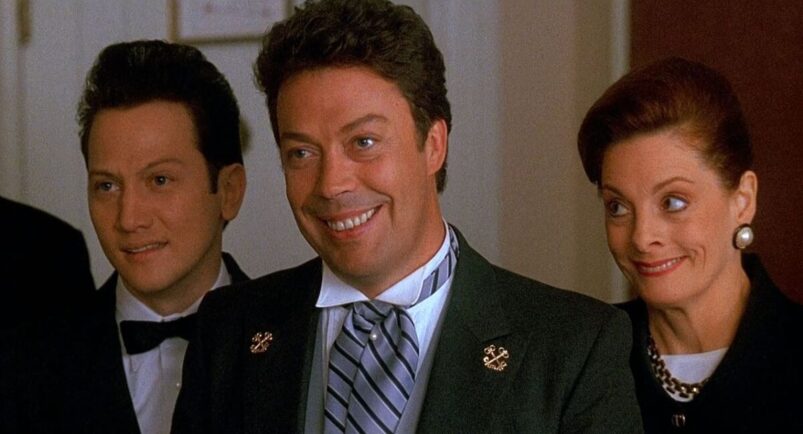 Yes, I’ve watched the trailer for the Home Alone reboot. No, I will not be watching the whole film. No, I will not be discussing it here. I’m not going to dunk on a child actor or even on Aisling Bea, who I think is one the funniest comedians of her generation. But I will say that I’m sure the reviews for this movie are speaking for themselves, and that’s all there is on the matter.

Okay, great. That bit is done.

I am here, instead, to talk about one of my all-time favourite Christmas movies, Home Alone 2: Lost In New York. I’m not opposed to sequels – or even reboots – as long as they’re good, and Home Alone 2 is good. In fact, I’d almost go so far as to say I think it might be better than the first one.

Setting the film in New York was the first genius move; Kevin really is by himself there, and the stakes are much higher because of it. He’s using his smarts to get by not only in his own neighbourhood but in a whole, terrifying city. Marv and Harry make their return and honestly, we’re really pleased about it. Macaulay Culkin is the actor who will forever be associated with Home Alone, but at least for me I will never think of another set of films when I see Joe Pesci or Daniel Stern’s faces. They are the perfect trio of actors, lightning in a bottle in terms of just how brilliantly they fit together. It is a tribute to Pesci and Stern that even though they end Home Alone 2 being beaten up in much the same way as the first movie, it feels fresh.

But the best thing about Home Alone 2 is that Kevin doesn’t lose who he is. He levels up, for sure, but he’s still the same boy with the same good heart. He makes friends with the pigeon lady in just the same way that he made friends with Marley in the first film. He doesn’t have to engage with Harry and Merv but he does, in order to save the charity money.

And, most pleasingly, his bag of tricks might have evolved, but it contains so many throwbacks to the first film – without being stale – that it produces some of the most memorable moments of the film.

The most memorable is, for my money, the scene in the hotel when Kevin is cornered by the concierge and his cronies, about to be caught out in his lie that he’s staying at the hotel with his dad. What’s a boy to do? Well, if you’re Kevin, you turn on the TV to your favourite scene in the movie sequel, Angels With Even Filthier Souls.

This was, of course, one of his moves from Home Alone, when Kevin uses the dialogue from the first film in that fictional series, Angels With Filthy Souls, to scare away the pizza boy so he doesn’t have to pay. “Merry Christmas, ya filthy animal” is a quote that has become part of the festive lexicon for many people. There was a risk for the film makers in using this conceit again in the second film, but I think it really works; it’s a fun throwback to the first movie and it’s meta too, seeing as Kevin is watching a sequel whilst he’s in a sequel.

In a nutshell, Johnny (the character in Angels With Even Filthier Souls) accuses a woman of smooching with everyone, forces her to her knees, and then gives her three seconds to run away before he starts shooting. Kevin uses the scene to make the concierge and his buddies think that Johnny is Kevin’s dad, talking directly to the concierge.

Tim Curry, unsurprisingly, makes the scene as the slimy concierge, a man who is barely containing his seething rage that a small child seems to be getting the better of him. Curry is such a talented comedian, with perfect timing. Every time you see him have to literally unclench his jaw in order to speak, you wonder if he’s going to pop a vein in his forehead. When he forces a smile on his face to announce ‘I love you’, as ordered, you can see the utter contempt that every person who has ever had to work in customer service feels at one time or another, and honestly – is he wrong?

The scene ends with Curry and the other actors in the corridor, crouched to avoid the gunfire as bemused guests look on. When Curry starts dragging himself along the floor towards the lift, shouting about an insane guest, I dare anyone not to laugh.

What makes the scene work when it could have just been a cheap copy of the original is that, as I said earlier, the spirit of the first film isn’t lost in Home Alone 2. Kevin is the boy we know and love. The concierge is a formidable opponent, one who almost succeeds in catching Kevin out, and we’re on the edge of our seats to see how Kevin gets out of the corner he’s stuck in. As soon as he starts the TV playing, we breathe a sigh of relief and settle back in our seats to enjoy the show. We know Kevin will be okay, and we can’t wait to see how it turns out this time.

Home Alone 2 takes the solid concepts from Home Alone and dials them up to 100. With that clear focus and game plan, it’s no surprise that the filmmakers turned out such a massively successful, and worthy, sequel.