Halo Infinite’s Battle Passes Give Me Hope For Multiplayer 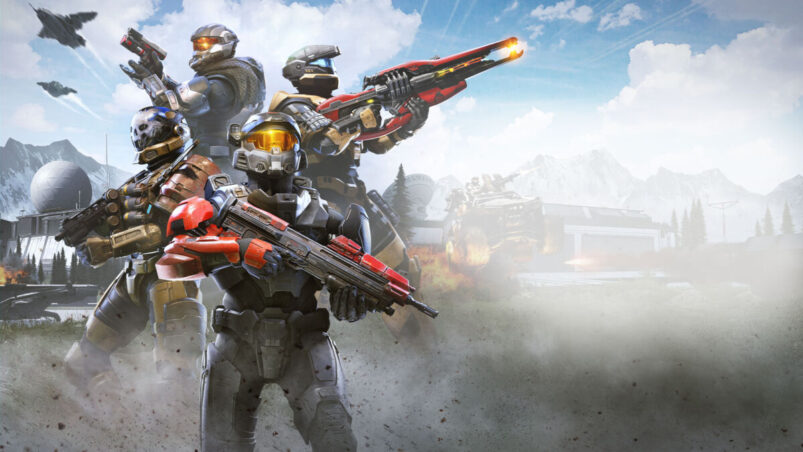 I have somewhat of a love/hate relationship with multiplayer games at the moment. I enjoy spending time playing with friends, but with the advent of limited time events and features like Battle Passes, it feels like every multiplayer game in existence is competing for your time, offering rewards and content that if you don’t earn in the designated time, you’ll miss out on forever. It’s bad enough trying to keep up with just Overwatch and Apex Legends. Throw another game into this room of spinning plates and it’s going to collapse.

For someone like me, seasons, LTMs and more specifically Battle Passes are a massive turn-off. Maybe my attention span has disappeared as I’ve grown older, or maybe there’s just less time in a day, but it’s hard for me to sit down and play the same multiplayer game for hours at a time. I used to be able to do it with Halo 3 and Halo: Reach, but these days, I’m usually tapping out after an hour or two. For the rewards that a lot of multiplayer games offer today, that hours-long grind is pretty essential.

This is why all the news surrounding Halo Infinite’s free-to-play multiplayer component fills me with hope. 343 Industries, who had already experienced controversy with their implementation of loot box-like REQ Packs in Halo 5: Guardians, have come up with a solution that both ensures that the game is suitably monetised for the game to continue development, while respecting the player’s time and money: Battle Passes do not expire.

A Battle Pass in Halo Infinite will always be available to purchase, regardless of the season that the game is on, and players will be able to choose which Battle Pass they want to work towards. It’s such a consumer friendly move that also allows the game to be truly accommodating to players who don’t join in at launch. There’s always a sense with multiplayer games that use Battle Passes that you’ve missed out on so much by not signing up on day one, but with Halo Infinite, you’ll never lose out on Battle Pass content. Any FOMO has been removed from the Battle Pass process, which should lead to a more satisfying experience.

Chris Blohm, Lead Progression Designer for Halo Infinite, said the following about the decision in a recent Halo Waypoint post: “We want players to have cool content, activities, events, and rewards over the course of the season, but we do not want to demand that players play a ton of hours every week of the season to complete everything. We want players having fun in Halo, not grind it like it’s a job.”

Design Director Ryan Paradis also added: “First and foremost, we’re working hard to ensure that the Battle Pass isn’t a ‘grind’ for players. We want it to be a supplemental reward stream for the time you were already putting into the game. I for one can’t stand it when I’m playing a game JUST to complete the Battle Pass – it feels like a chore to me.”

Of course, Halo Infinite will still feature limited events with free rewards, so there’s still additional content there for those players who do have the time to sink into Halo, but according to Chris, these events are more designed to vary the activities players can enjoy on a week-to-week basis: “Almost every week will mix up the activities that are presented to the player. Certain big weeks will feature events that have new activities and specific reward tracks– free reward tracks. We will provide more details on specific events before launch but be on the lookout for a special event type with specific thematic rewards called a ‘Fracture.’”

All in all, Halo Infinite’s approach to multiplayer content and monetisation are giving me hope, not just for a series that holds a special place in my heart, but for multiplayer gaming as a whole. After the success of Battle Passes in Fortnite, the system has become prevalent everywhere, but I’m crossing my fingers that sales and player reception to Halo Infinite’s take on Battle Passes pushes the industry in the other direction. Not every game has to be in competition for your time or money, and I fully intend on supporting a game that respects the player more than other games on the market.