Guilty Gear Strive Is Still Great, And I Still Suck At It 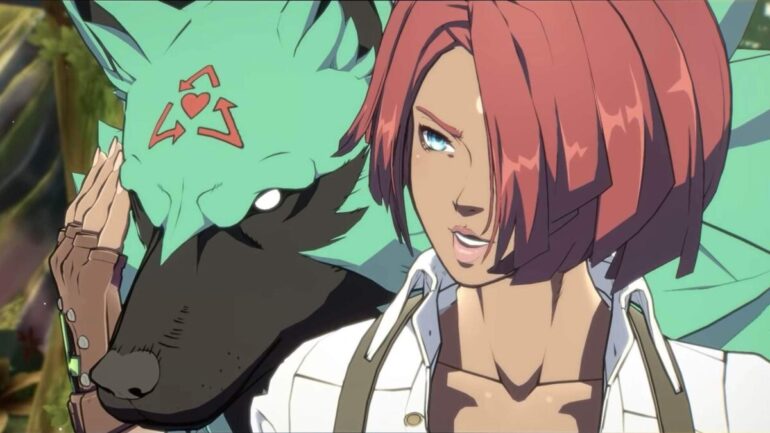 We’re just two months away from the launch of Guilty Gear Strive, the upcoming fighting game from Arc System Works and Bandai Namco. The latest installment of one of the most hard-rocking fighting games on the market, Guilty Gear Strive looks to offer a definitive GG experience for both new and veteran players alike. As someone who’s played Guilty Gear Strive during a closed beta last year, allow me to reiterate the same point I made then: this game is great, and I’m bloody terrible at it.

It’s not surprising that my skills with Guilty Gear rank somewhere between incompetent and ineffective, given it’s not in my usual wheelhouse. For 2D fighting games, my traditional fare has been Mortal Kombat, Street Fighter and Killer Instinct, but I’m finding more success with 3D fighters like Tekken 7 and–well, just Tekken 7 at the moment. I used to be pretty good at Soulcalibur back in the day, but those skills seem to have dried up around the release of SCVI. Even my Tekken “skills” extend to “just about passable with Negan and no-one else”.

For any dedicated fans of Guilty Gear, Strive looks to be a continuation of the formula that’s made the series so captivating to watch and play, with the standard five button control layout, special moves and more. If you played Guilty Gear Xrd, Revelator or Rev 2 on the PS4, Strive should feel immediately familiar, only now it has an even shinier coat of paint. Seriously, I have no idea how Arc System Works managed to create a more beautiful fighting game than Rev 2, or even Dragon Ball FighterZ, but they did.

Despite its familiarity, Strive still feels incredibly fun to play, when you’re actually getting the wins anyway. Even against normal AI players, I was prone to getting my head kicked in, though I suppose that’s what I get for not checking the command lists before playing. With more time with the game’s systems and character mechanics, Strive should be a fairly accessible fighting game to learn, though unfortunately, the limited nature of the early access beta and certain other circumstances meant time wasn’t on my side.

One particular highlight of the time I spent with the game was two of the new characters: Giovanna and Nagoriyuki. Giovanna uses the spirit of a wolf-like creature to attack her opponents, and she’s a very aggressive character that promotes flashy combos and rushdown gameplay, which is incredibly enjoyable. Meanwhile, Nagoriyuki is a slower, defensive-focused character with a lot of range, requiring a completely different playstyle. For me, I found Nagoriyuki a bit harder to get to grips with, but both characters have a lot of potential.

Then again, what do I know? I’m a self-admitted Guilty Gear novice, who sometimes struggled to even best the normal AI (I feel like Sol Badguy’s AI was harder than it should have been). My player tag in the beta was even “Massive GG Noob”, so at least I’m honest. By now, you’ll have heard plenty of great players sing Guilty Gear Strive’s praises, so as someone who is nowhere near those high echelons, allow me to say that this game should be fantastic when it launches in April.

Even if I will get my ass kicked by everyone online.

Guilty Gear Strive launches April 9th, 2021 for PC, PS5 and PS4. A beta key was provided by PR for the purposes of this preview.

READ NEXT: Biggest Upcoming New Fighting Games of 2021 & Beyond