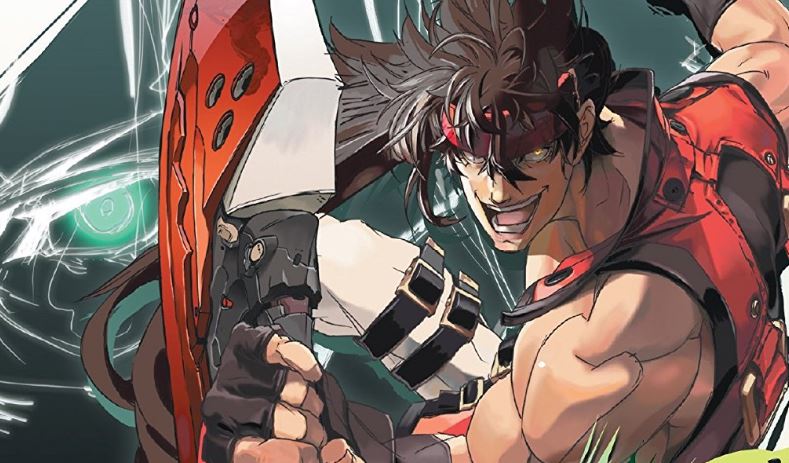 It’s a shame really, as the recent Xrd series on PS4 and PC has given players deep, engaging and rewarding gameplay with the best visual style of any fighting game on the market. Hardly surprising, really. This is an Arc System Works game, after all; they’ve been producing quality like this for years now. Just look at Blazblue or Persona 4: Arena.

This brings us to their latest release, Guilty Gear Xrd Rev 2, an update to 2015’s Revelator as opposed to a full blown sequel. Those who already own Revelator will be able to purchase Rev 2 as a DLC update, but it will also be launching as a complete standalone title.

The original Revelator was universally praised for its dynamic and varied cast of characters, each with a unique play style and gorgeous special attacks, its deep and informative tutorial mode that dealt with the intricacies of Roman Cancels, Instant Kill moves and other integral game mechanics, and the inclusion of a stylish mode for those who don’t have the time to learn the ins and outs of the game’s mechanics.

If you haven’t played a Guilty Gear game before, it’s a fast based, 2D fighter with an emphasis on big combos, high damage and aggressive tactics. No fireballs from full screen here. This is loud, in your face fighting at its best. Your attack buttons are Punch, Kick, Slash, Heavy Slash and Dust. The first four are self explanatory and can be used to form simple combo strings.

The interesting button is Dust, which allows you to launch your opponent across the screen or up into the air, further extending your combo opportunities. A simple example would Punch – Kick – Dust, followed by a high damage combo in the air to really put the hurt on your rival.

Once you’ve mastered that, you can add Roman Cancels into the mix, which allow you to interrupt any move and slow down your opponent. You could use a special attack to close the distance between you and your enemy, and Roman Cancel to either continue your combo with a Dust attack or another special move, or you could backdash and make an escape if your opponent blocked the move. It’s a system that will require some practice, but one that allows for complete freedom of combo creativity.

This is barely scratching the surface of what’s available in Guilty Gear. There’s Psych Bursts, Blitz Shields, Negative Penalties for if you play the game like a coward and so much more. The tutorial mode is great for explaining how these systems work in practice, and there’s an extremely thorough FAQ that covers any queries you might have. Or you could just play the game on Stylish Mode and mash buttons until you win. Your call.

So, what’s new with Rev 2? Not that much. Besides two new characters (returning fan favourite Baiken and newcomer Answer), a couple of new stages and an epilogue to the story mode, this is essentially the same game as Revelator. Same music, same arcade ladders and same menus. Well, that last one isn’t strictly true. The main menu is green now, so there’s that.

Yes, Rev 2 is only an update and not a fully fledged sequel, so it’s unfair to expect the game to be rebuilt from the ground up, but it still feels anaemic and lacklustre compared to other fighting game updates. Super Street Fighter 4 launched with an additional ten characters, a bunch of new stages and revamped arcade stories for every character.

Mortal Kombat XL shipped with 8 new kombatants, including the Xenomorph and Predator, whereas Ultimate Marvel vs Capcom 3 had 10 new fighters and a mode where you could play as Galactus. Who wouldn’t want that?

Guilty Gear Xrd Rev 2 is still a fantastic fighting game for anyone who hasn’t played Guilty Gear before. Unfortunately, it doesn’t do enough to build on the foundation laid by Revelator, making it hard to recommend to returning players.

Verdict
If you have even a passing interest in fighting games and are yet to experience Guilty Gear, check out Rev 2. However, the lack of new content makes this update non-essential to long-time Revelator players.
7
Cultured Vultures is a pop culture website established in 2013 covering all things gaming, movies, and more. We eat your words.
All The News On Your Favourite Games