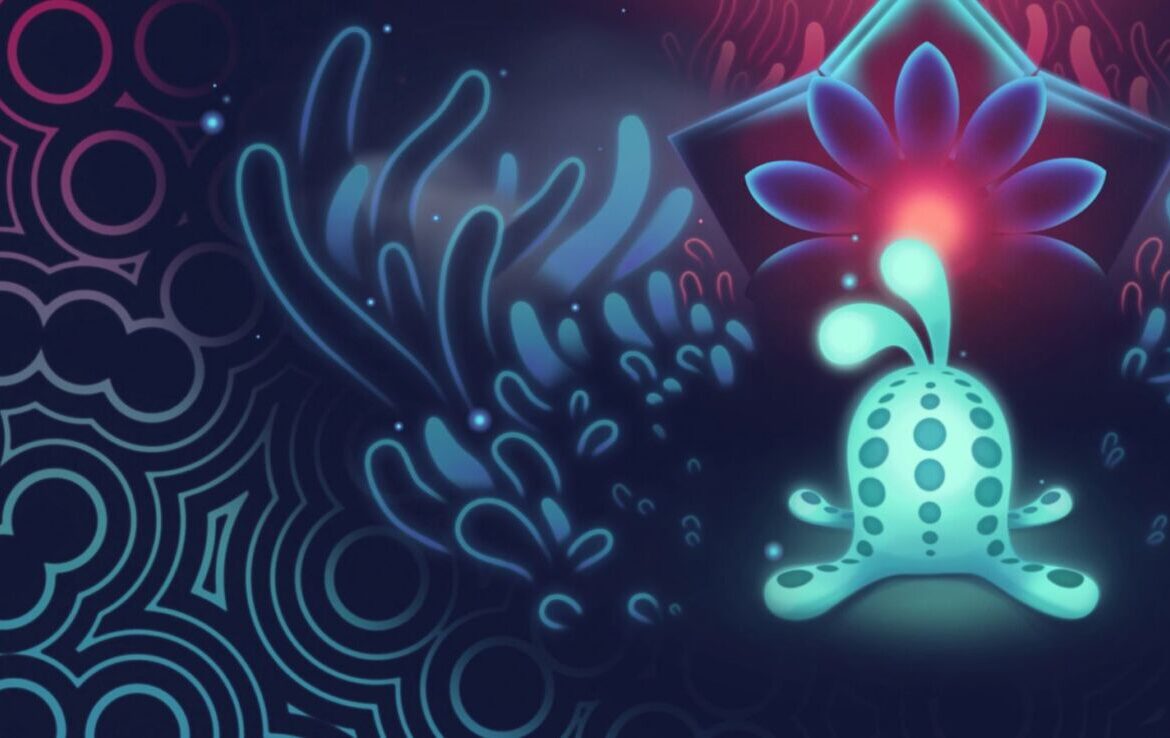 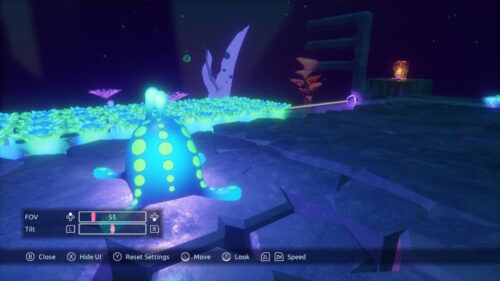 There’s nothing as mysterious as the deep ocean. With all its secrets and strange creatures, the ocean can feel like an entirely different world that’s both mysterious and full of wonder. Those elements are what developer Luminawesome Games set out to capture as the backdrop to Lumote but they may have become lost at sea in the process.

Lumote: The Mastermote Chronicles is a 3D puzzle platformer that follows a little squishy creature named Lumote who hops around like a frog. There isn’t really a stated story for players to latch onto, as all we know is that it’s Lumote’s goal to reach the bottom of the Great Depths to become the Mastermote. In order to do this, it must first take control of towers that wind their way throughout the world. However, this is easier said than done as Lumote will need to turn this red bioluminescent world blue.

In fact, you can see how much work you have ahead of you by looking around the alien world. It’s really nice being able to look down into the world and see all the red paths that still need to be transformed by Lumote (and even more satisfying to look up at the end and see all the progress that you made during your journey). It’s a cool and organic way to track player progress that I’d like to see more of.

Lumote is part of this interconnected world which allows it to interact with the creatures based on their current color adaptations. In order to flip the colors, Lumote needs to guide the blue path throughout the world using its creatures and platforms. One of those creatures is the tethered jellyfish, who float around and give Lumote access to areas that might be slightly out of reach. They can also act as a platform and an energy source if their corresponding color matches.

While there are only a handful of mechanics such as the jellyfish that help Lumote float to higher ground and power certain pathways. Platforms can help move Lumote around the abyss but need to have a path and power to function. Anemone boxes are similar to platforms but will repulse objects that are a different color. Finally, the battery-like creatures are the bread and butter of most levels as they are the main source of power. Luminawesome Games pushes them to their limits and constantly challenges the player’s expectations for how the pieces can interact with one another.

For instance, there’s a puzzle that requires a blue battery creature to be delivered across a pit but the anemone box repels any blue creatures. In World 1, Lumote can only turn things blue itself so trying to move the battery ensures that it stays blue.

To change it, the player has to set it in a place where it could be moved without touching it again, use a red jellyfish to turn the battery red, and push the battery onto the anemone box so it could take it across the pit. The puzzles are always evolving forcing the player to think outside the box and use the creatures like they hadn’t previously.

However, one or two of the mechanics can be a little frustrating to use – especially the anemone boxes. These anemone exist on a track where they move on their own, but if the player is the same color as them, they can be controlled on the track to take different paths or repulsed if the colors aren’t a match.

The main problem is that switching directions with the anemone boxes can be incredibly inaccurate. The controls for these creatures are very floaty and inexact, as you need to be perfectly in front of a new path in order to take it. This left me constantly having to reposition myself with little nudges of the control stick to try to get it into position.

World 2 not only ups the puzzle difficulty, but will challenge the player to utilize their entire skillset, and that includes their double jump. Right from the beginning, the player has to rethink how they might have been navigating this world previously. The first obstacle is jumping on a tiny little platform that some might not even think is possible initially. Lumote succeeds most when it’s forcing the player to try new things.

It doesn’t always make this easy, though. The entire world is set in some abyss that Lumote can fall into and “die.” Though it respawns, anything that was moved in the level will reset, which is sort of understandable if the player fails and falls. The problem is that the game also kills the player if they get squished between geometry. A floating platform passes over you as you are moving a battery for the final puzzle? Dead. A jellyfish is under a platform and when you go to move it, it floats up? Dead.

These moments become more and more frequent as the game incorporates more moving pieces and it can be extremely annoying to have to move batteries, jellyfish, and especially the anemone boxes again and again. The difficulty should be placed in the challenge of the puzzle and the platforming and not whether the squishy Lumote gets wedged between some moving geometry.

There are a few nice little additions that the developers included, such as built-in achievements so even players on the Switch can enjoy them, a photo mode, and collectible artifacts. The artifacts can be a little annoying to collect, though, as they’re often in places that require the player to restart after collecting, which also resets the level. This means if you just went through the trouble of setting up everything to solve a puzzle, you either have to forgo the collectible or grab it and set the solution back up again. Due to the nature of the game’s world design, there aren’t easily defined levels so there is no level selection and no backtracking. This can make collecting the artifacts a little frustrating if you are going for 100 percent completion.

The photo mode is a nice little feature, but it lacks many effects or versatility like you might see in something like Super Mario Odyssey’s photo mode.

With that being said, the level variety can be a little sparse in the aesthetic department. While the deep ocean influence is a great starting point, it often feels too samey and it’s really hard to think of levels that stand out because they all look the same. The star of the show should be the puzzles, but performing puzzles in the same few rooms that are all red and blue can really begin to wear on you.

In fact, the blue and red dependency of World 1 also began to give me headaches if I played the game for more than an hour at a time, which didn’t couple well with my desire to solve the puzzles. Just being able to change the colors more frequently would have helped so much or if the worlds changed more rather than simply switching up the two-tone color palette.

On top of this, moving the camera in the early levels, I noticed a lot of stuttering, and creatures in the distance would only have a few frames of animation. There’s also a disappointing lack of sound design. I barely noticed the music even though I had it turned up to the max setting. Instead, I usually only noticed the screams of Lumote every time I jumped which only escalated my irritation when I had to reconfigure a room again after getting crushed in a wall – all to the sounds of high-pitched “ahhs” and “oohs”.

Lumote: The Mastermote Chronicles is a challenging puzzle platformer that encourages player experimentation and always pushes the player’s understanding of how the mechanics interact with one another. However, the barebone environments, lack of a level select, and frustrating user interactions can cause some annoying moments. While there’s a ton of potential here for Lumote, at the moment, Luminawesome Games need to dive a little deeper and bring some quality of life updates or new environments to make Lumote the must-play puzzle/platformer that it has the potential to be. 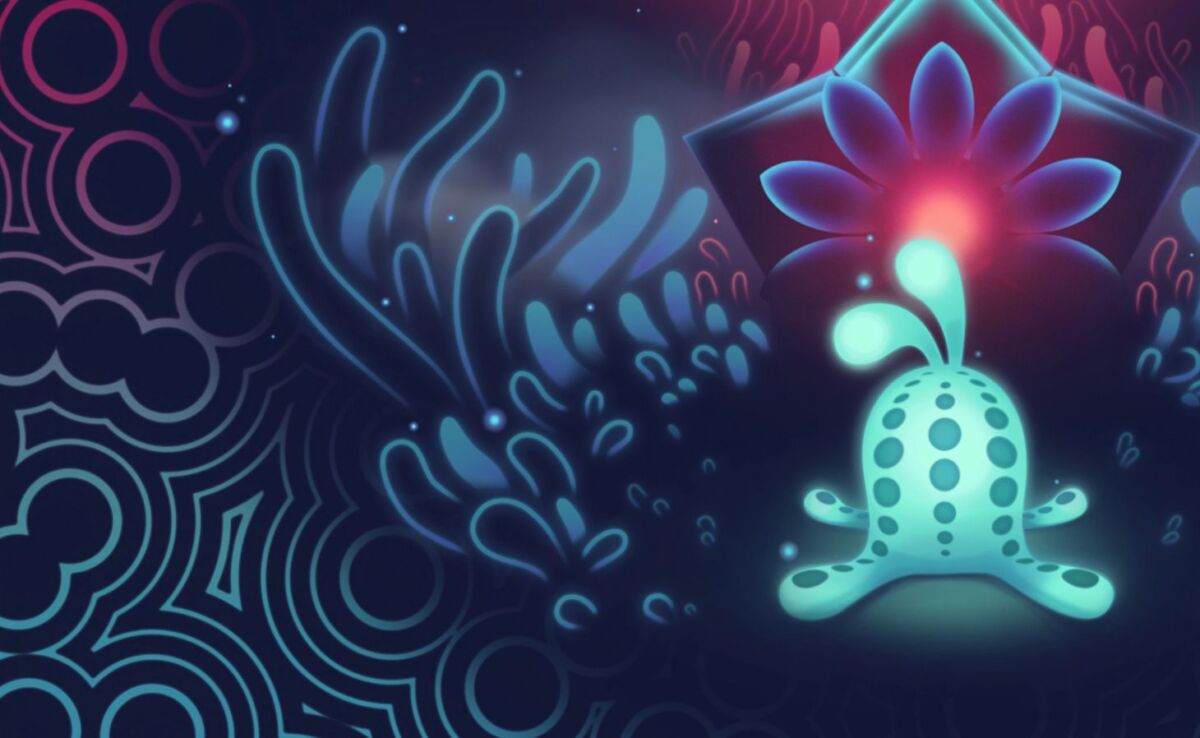 Verdict
While Lumote’s puzzles can be head-scratchingly good, the two-tone color palette, repeated environments, and, at times, frustrating user interface hampers any satisfaction.
6
Cultured Vultures is a pop culture website established in 2013 covering all things gaming, movies, and more. We eat your words.
All The News On The Biggest Games