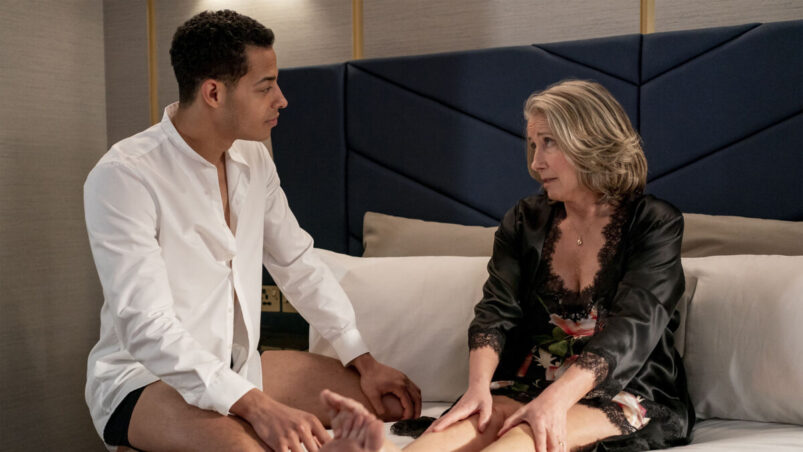 Good Luck to You, Leo Grande

An older woman’s exploration of her sexuality is the focus of director Sophie Hyde’s Good Luck To You, Leo Grande. Nancy Stokes (Emma Thompson) hires Leo Grande (Daryl McCormack) – a beautiful, younger man – to have sex with her. You see, she’s lived most of her life in sexual sterility. She was married and had children, but the activities in the bedroom were routine and perfunctory. Her husband never cared about making her feel good or desirable, viewing certain sexual acts as degrading.

After he passed on, Nancy came to realise that she spent so much of her life being a pivot to someone else’s wants and desires, while hers remained unfulfilled. She doesn’t want to lament a life not lived, so decides to embark on a sexual relationship with Leo. What commences is an honest discussion about sex work, desire and our perceptions on ageing and beauty.

Despite Nancy’s obvious desire for Leo, she’s nervous about actually moving forward with what she wants. She’s embarrassed and jittery; things are a bit awkward as the pair try to figure out the terms of their relationship. Thompson does well as the slightly neurotic Nancy, who’s inquisitive about Leo’s life, yet trying to reassure herself that she isn’t taking advantage of him. There’s also the fear of not being desirable anymore because she’s an older woman. She acutely feels the juxtaposition between them, and doesn’t seem sold when he tells her that there’s always something to desire.

Leo is immensely patient, reassuring her at every turn, easing her into the situation, wanting her to feel as comfortable as possible. A kind of sex Sherpa, if you will. He emphasizes that she mustn’t try to force herself into doing anything just because she thinks she has to. But after years of repressing that side of herself, it isn’t so easy for Nancy to let go, especially since she spent the better part of her life lecturing her female students about their dressing and overt displays of sexuality.

Sex is also not just about sex, it’s about the enjoyment of life. Leo wants Nancy to see this experience as a joyous one, as opposed to being bogged down by a to-do list of all the things she needs to try. This is Nancy’s obstacle – she needs to relinquish control and allow herself to feel pleasure and fun, and not merely do things by the book.

Thompson is such a magnetic and engaging presence, and McCormack matches her beat for beat in this mostly two-hander film. What’s notable is the contrast he builds when he’s around Nancy, and when he’s not. Whenever she leaves the room, we see the mask slip, and he no longer performs. McCormack exudes such vulnerability during these moments, and we begin to see that being Leo Grande allows him to escape the sadness that lies beneath.

What’s interesting here is that this experience becomes a life-changing one for both of them. Just like how Leo convinces Nancy to cross certain boundaries she’s erected for herself when it comes to sex and intimacy, her meddling also pushes him to realise that inviting people into his life doesn’t have to be a bad thing, even if he’s been burned once before.

While young lithe female bodies are usually objects of desire in film, it’s the inverse for older female bodies – it’s become a common thing to see naked old women in horror movies, and that’s done because there is an awareness of the reaction viewers would have to these bodies. Good Luck to You, Leo Grande is trying to turn the tide on that by allowing us to see Thompson’s body and not hide it from view. Our bodies do not remain in stasis forever, so we need to learn to embrace the changes that time folds into our skin. The point here is not to laud Thompson as being brave for showing us her body, it’s to recognise that we need to do the same in front of a mirror, to stare unflinchingly at ourselves, and resist the urge to pick at our own imperfections.

Our bodies are capable of sex and love at any age – we just need to believe it more. 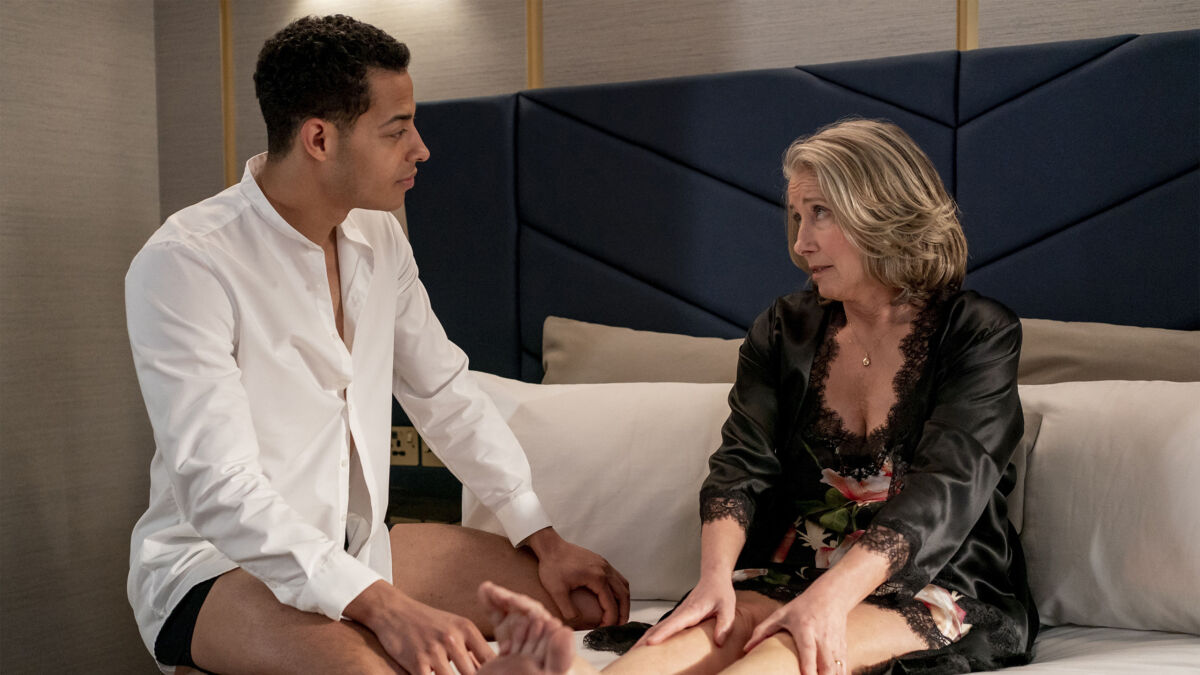 Verdict
Thompson and McCormack have irresistible chemistry together, and offer riveting performances in this funny, candid movie.
9
Cultured Vultures is a pop culture website established in 2013 covering all things gaming, movies, and more. We eat your words.
All The News On The Biggest Games