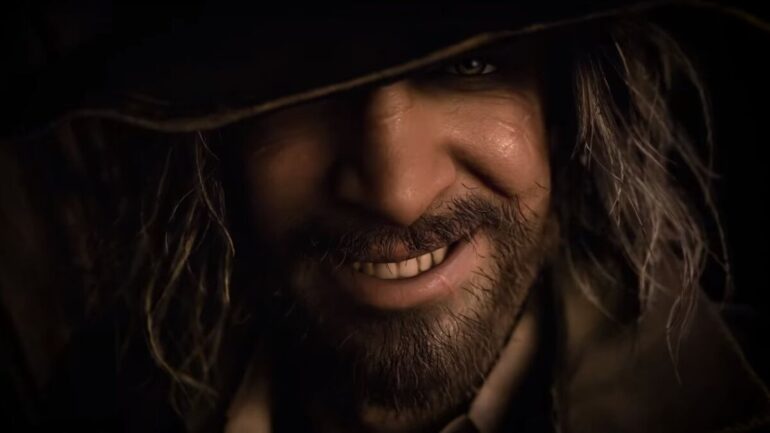 Resident Evil Village is making horror sexy again, and we’re not just talking about its curvaceous bloodsucking antagonist, either. It offers a compelling mix of semi-open world exploration with some of the best gunfighting the series has ever seen for a more action-oriented experience than its prequel, Resident Evil 7.

If you’re looking for another horror title with that same dreadful atmosphere, sense of place, old school occult theme, or fast-paced combat mechanics, you’ve come to the right place. Here’s a list of the best games like Resident Evil Village.

Prey is an immersive sim that combines stealth, action, and horror elements to tell a sci-fi story exploring the construction of personal identity and memories. It’s set in a facility overrun by amorphous aliens designed with abilities that will have you constantly questioning reality.

Prey has jump scares aplenty, but it’s the unrelenting dread of what lies in wait around the next corner that really gets you. Some of the alien creatures you face have the ability to mimic inanimate objects, which makes approaching mundane, everyday items like chairs and tables frightening. Then there are the types that can use machines, reanimate corpses, or even control minds.

The large facility where Prey takes place is a marvel to explore with its clean lines and large, open layout. Its wide open areas can be explored from different angles as you unlock new abilities, rewarding tracking back Metroidvania-style.

Much like the titular village in Resident Evil Village, the facility in Prey is as much a character as the protagonist, and it holds secrets in its nooks and crannies that are well worth going out of your way to explore.

Heavily inspired by great 90s serial dramas like X-Files and Twin Peaks, Alan Wake is sparse on jump scares but does ambience and believability better than any game on this list.

Alan Wake unfolds like a psychological thriller television mini-series adapted for the video game medium. It’s broken up into tightly written episodes, each revealing new plot beats as it progresses the game’s intriguing tale about a writer trapped in a sheltered mountain community in the American Northwest.

Remedy is also the studio behind neo-noir shooter Max Payne, and that experience with third-person combat shows in Alan Wake. The controls are fluid and responsive — far from the wooden clumsiness typical of other titles in the genre. The shadow-possessed townsfolk that make up the majority of the enemies you fight aren’t particularly creative, but Alan Wake’s use of light as a supplementary mechanism for exploration and combat ensures the game is always challenging and engaging.

Alan Wake is a far more directed experience than Resident Evil Village, but if you’re a sucker for a well-written story and love Village’s occult theme, then Alan Wake is well worth checking out.

STEM is a virtual reality social network that allows people across the world to live out their fantasies in the digital city Union. When your daughter Lily, the core mind whose thoughts and ideas keep the simulation running, goes missing in the simulation, it’s up to you to hook into the system and save her before the whole thing comes crashing down.

Not many developers have the balls to set their horror game in a semi-open world. Union is made up of several open areas that the player is free to investigate at their own pace. The Evil Within 2 does free exploration better than even Resident Evil Village, somehow keeping things unpredictable and frightening even after you’ve visited the same area for the hundredth time.

VR-gone-wrong is a digital horror trope that’s been beaten to death, but The Evil Within 2 manages to avoid feeling cliche thanks to incredible pacing and world-building. Resident Evil Village players looking for another nightmarish world to lose themselves in should take a step into the digital dystopia of The Evil Within 2.

F.E.A.R. is an overlooked gem that plays like a military shooter with bullet time and superpowers. Although the game’s various paranormal baddies provide a frightening challenge — thanks in large part to the incredible AI — it’s the unpredictable visits of a ghastly young girl that really makes F.E.A.R. such an effective horror experience.

Her name is Alma, and she’s deserving of a spot among horror gaming’s most iconic tormentors, alongside RE3’s Nemesis and Silent Hill 2’s Pyramid Head. She’s an omnipresent threat with the ability to phase through objects and apparate right under your nose. It’s a testament to how well-executed she is that F.E.A.R.’s shapeless shadow monsters and cloned super soldiers don’t hold a candle to Alma’s raw talent to make you wet your pants.

Though it doesn’t start that way, Resident Evil Village does eventually toss away all pretense of horror in favor of guns out shooting action. F.E.A.R. feels like the final act of Village expanded into an entire game, with an increasingly powerful arsenal of over-the-top weapons to go with the super-fun bullet time mechanic. And sometimes, when you least expect it, you get a visit from Alma to keep you humble.

S.T.A.L.K.E.R.: Call of Pripyat is a survival shooter and post-apocalyptic horror game that takes place in the Chernobyl exclusion zone. The player must investigate the causes behind a series of mysterious helicopter crash landings, all within the Zone’s borders.

Call of Pripyat really sells the Zone as a living, breathing ecosystem where roving bandits, religious madmen, and enterprising blackmarket traders make their home. You can almost believe that its twisted society is out there, cordoned off from the rest of the world by a 30-foot tall fence. And as you might expect from a place that’s literally the site of a world-changing nuclear power plant disaster, the Zone is really, really radioactive, birthing a variety of mangled mutants that will make your skin crawl.

Like Resident Evil Village, S.T.A.L.K.E.R.: Call of Pripyat offers some solid shooter combat and a truly compelling setting with a host of interesting characters. Its world is so fascinating that you can spend hours just getting lost in its desolate landscapes, meeting new horrible monsters and getting to know the ideologies of its many factions.

Blake Langermann and his wife are investigating an unsolved murder when their helicopter crash lands near a secluded village somewhere in the canyons of Airzona. He awakens to find his wife has been captured by a local doomsday cult who believe that the birth of the antichrist can only be prevented by the spilling of innocent blood through ritual.

Outlast 2’s horror is built on a permanent sense of powerlessness, which it achieves by simply removing any means of fighting back. Blake’s only hope of rescuing his wife and making it out alive is to avoid getting caught, and that means staying quiet and out of sight. When the slightest sound can give you away, every footstep feels like it could be your last.

One of the biggest criticisms about Resident Evil Village has been that the horror elements take a backseat to the run-and-gun action gameplay. If you’re in love with the setting and atmosphere of Village but felt the horror fell a little flat, Outlast 2 will give your heart a workout.

In this re-staging of 2005’s criminally underrated Pathologic, three healers have separately arrived at the same rural eastern European village afflicted by a mysterious illness. Trapped there with no means of escape, each healer must find a cure before it takes the whole town.

The three healers work separately, each with their own approaching to curing the disease. On several occasions, the actions of one will directly affect those of another, and it’s not until you play the game from all three perspectives that all the pieces fall into place.

Pathologic 2 is eerily theatrical, presented in acts by a mysterious group of masked individuals who will occasionally address you, the player, in fourth-wall-breaking moments that are truly unsettling. They’re an ever-present, usually silent feature of the town, observing you from a distance as you work toward saving the village and its people.

Although Pathologic 2 isn’t nearly as action-oriented as Resident Evil Village, its town is just as fascinating to explore, with lots of characters and one-off events to discover.

When contact is lost with an important deep-space mining vessel, engineer Isaac Clarke is deployed to investigate the issue and lead repairs. There he discovers the bloody remains of the ship’s crew, slaughtered by an ancient species of undead polymorphic aliens.

Part Alien and part John Carpenter’s The Thing, Dead Space is gory, disgusting, and often unbearably disconcerting. You’ll dread every moment of walking through the cold, metallic corridors of the derelict deep-space mining vessel, not knowing what grotesque miscreation could be waiting for you next.

Heavily-inspired by the pacing and tone of Resident Evil 4, Dead Space is a spine-tingling horror experience that doesn’t skimp on the action, offering truly terrifying setpieces and addictive gun combat that will satisfy any Resident Evil Village fan.

Techland’s Dying Light is a fast-paced action horror game with a fun crafting system and satisfying melee combat. It eschews the genre’s typically stilted movement for parkour-inspired fluidity, allowing the player to hop from buildings, through windows, and over fences with ease.

Harran, the city where Dying Light takes place, is a juxtaposition of the old and new, where modern high rises tower over subsidized housing and packed slums. It’s a place that’s dense in structures with a verticality that lends well to the game’s high-flying parkour mechanics. Rooftops, windows, concrete walls, and lampposts are tools for navigating the world rather than obstacles to work around. Your survival depends on your ability to stay off the ground, because in Dying Light, the floor is zombies.

Dying Light takes the semi-open world exploration of Resident Evil Village and injects it with rocket fuel. Village fans who wanna go fast will love the pure adrenaline rush you get as you sprint your way through Dying Light’s massive urban maps, just out of reach of its hungry undead army.

The Resident Evil franchise may be filled with some of gaming’s most iconic horror titles, but you have to go all the way back to Resident Evil 4 to find one with the same old school cult horror theme and fast-paced gun-toting action of Village.

Resident Evil 4 marked a paradigm shift in horror games, revitalizing the waning genre and dragging it into the modern era. It was the first Resident Evil game to ditch pre-rendered backgrounds and tank controls in favor of full 3D environments and over-the-shoulder camera movement. Almost every major horror game since cites RE4 as an influence (including a fair chunk of the games on this list).

Village’s action-oriented gameplay, inventory system, and general setting were clearly inspired by Resident Evil 4. Heck, it even has a merchant character that’s suspiciously similar to the one in RE4. So, if you loved everything about Village, then this blast from the past is the closest thing to Village you’re going to get.

A remake is reportedly in the works but won’t be coming until some time in 2023, so if you can’t wait that long, you can try out the HD remaster.