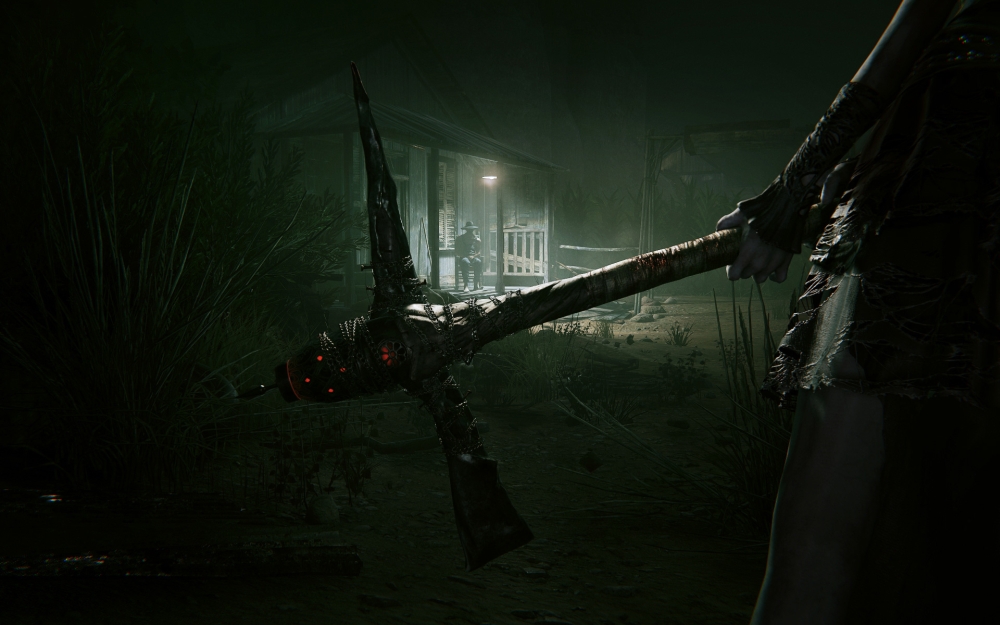 My hands trembling, I reach the coffee to my lips and manage a sip. It feels like a nail going down my throat, something that shouldn’t be there inching its way down to my knotted stomach. I am in bits, unable to properly concentrate or even put into words what I’ve just experienced. The only thing missing to complete the horror movie survivor look is a blanket around my shoulders.

Outlast 2 did this to me. It is, without wanting to immediately jump into hyperbole, the scariest game I have ever played.

The sequel to the 2013 sleeper hit has almost slipped out of the mind of many gamers. It’s been in development for so long, its release so fraught with delays and non-news that much of its early hype has simmered. It doesn’t help that Resident Evil 7, a game it isn’t thematically a million miles away from, delivered in such a big way earlier in the year. 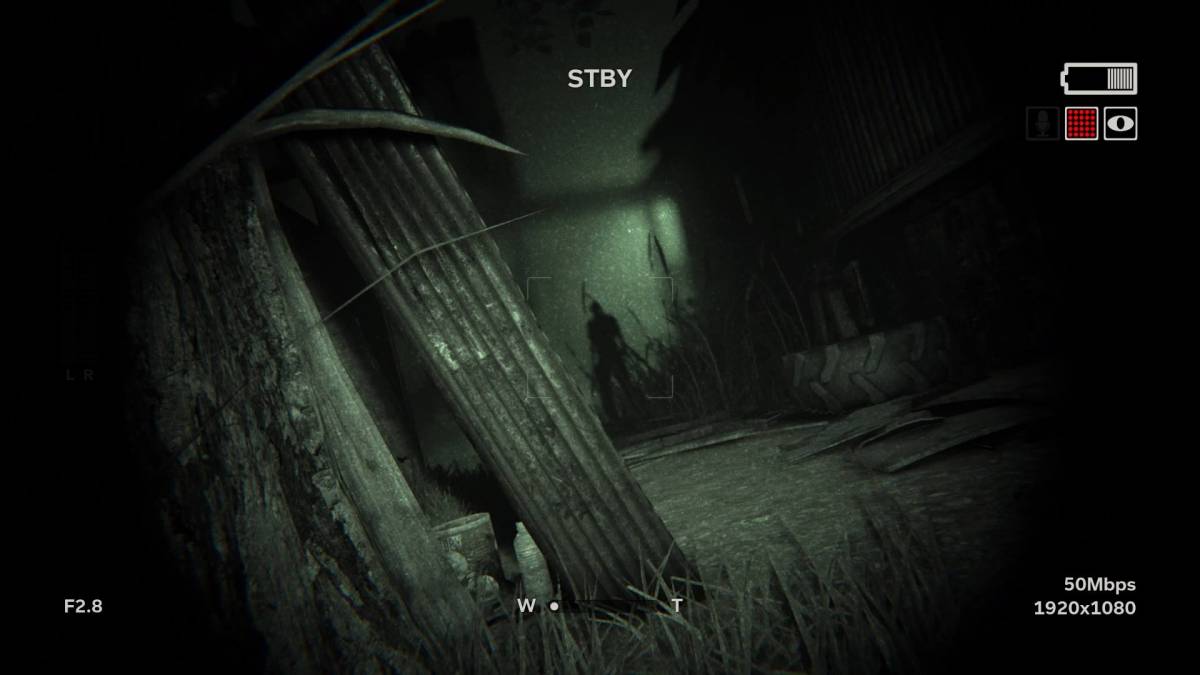 It’s lucky then that Outlast 2 manages to outdo Resident Evil 7 in delivering pure horror and almost rivals it in terms of production quality. It looks every inch the big-budget horror, its southern gothic aesthetic acting as the playgrounds of the demented and the religious. And you, with no guns or even a stick to lean back on, are the mouse in its trap.

Taking control of Blake Langermann, an investigative journalist, Outlast 2 tasks you with finding your wife in the midst of a murderous cult in the deserts of Arizona. This isn’t a cult of the blue oyster variety: these maniacs mean business. The sky rains with blood, “lepers” are kept segregated in horrific conditions, and everyone wants to kill you for reasons that unfurl pretty quickly. Outlast 2 gives you about five minutes until everything goes to hell, five minutes you will be begging to return to before too long.

The trusted camera returns for Outlast 2, the small thing that can make a big difference in Blake finding himself on the end of a machete or whimpering inside a barrel instead. Its night vision is all you have against the horrors ahead, the guiding light helping you walk through the creeping darkness that seems to be everywhere. With the stakes higher and the task at hand somehow even harder, you feel slightly (emphasis on slightly) less well-equipped this time out. The camera now comes with the function to listen for movement relegated to the D-Pad, so whether it’s the snarls of the mutated or the gospel babbling of the villagers, you have a better idea of what to expect while also asking that you stay aware of battery life as the extra process drains it even quicker. 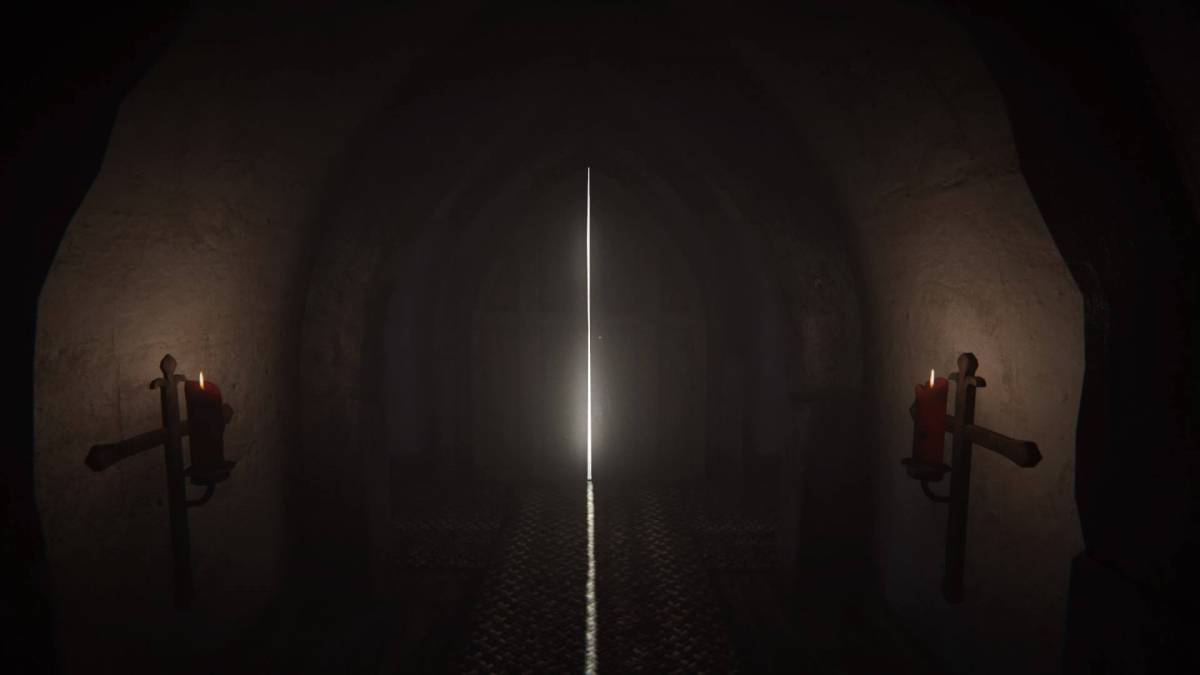 Considering the shift in setting, it feels like a punishing switch. Gone is the claustrophobia of a mental asylum, replaced with wide-open areas where the next death will be right around the corner. Game over states seem much more frequent in Outlast 2, which causes a lot of early frustration. There’s an unwritten rule in horror games, one that helps to build tension and atmosphere: don’t let them die straight away. Efforts like Amnesia mastered this, lulling the player into a false sense of security before jacking up the mortality rate to 100% without warning. Outlast 2, on the other hand, lets you die almost as soon as Blake puts on his glasses.

This seems like an intentional deterrent, a “beware of the dog” sign conveyed with a sickle. This isn’t going to be to everyone’s tastes, Red Barrels seem to say, so get off of the ride while you still can. Outlast 2 holds no punches, a riveting and often unsettling marriage of viscera and characterisation that would have Jack Thompson struggling to get loose of his straitjacket.

The game primarily leans on three comfort zones of horror gameplay: chase, sneak, and explore. The former is the most blood-pumping, particularly in the final third when the world seems to be crumbling around and what is real and what isn’t gets ever more confusing – there’s a particular sequence in a mill that had me squealing like a pig. Sneak is standard survival horror stuff that represents Outlast 2 at its weakest, which isn’t to say that it isn’t still great. The outdoors means that it’s harder to find someplace to hide and that your murderer could be in any direction you turn, which is going to give plenty of players gripe. 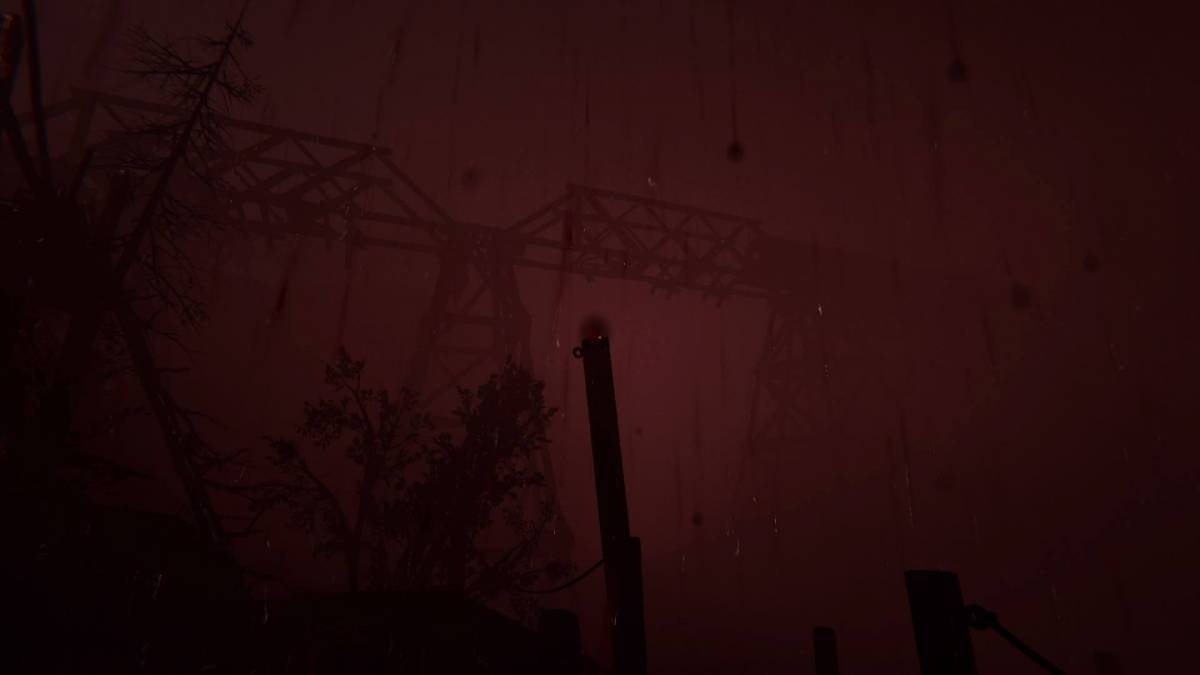 But the best way to experience Outlast 2 is to simply walk through it, taking in the many small details that Red Barrels meticulously placed around its twisted world. Even though the main narrative does a fine job of explaining the “what the fuck”, the notes dotted all over help to stitch it together. Your assailants weren’t always bad people: they were damaged goods looking for a reason to feel whole again, something which their messianic leader promised. That being said, Outlast 2 never gratuitously condemns or ironically preaches against religion, at least not enough for me to pick up.

Another neat little quirk added is the ability to actually use your camera to record events. These usually take the form of something horrifying, with exactly what you recorded then available to be watched back with Blake providing commentary and context. As the game progresses and Blake starts to unravel, his thoughts become disjointed and his memories criss-cross. Not a huge addition to the experience, sure, but still one that’s going to please completionists who want to discover all of the game’s nuances and terrors.

The original Outlast spawned many, many imitators, so it makes sense for its sequel to take some inspirations while also offering the natural progression of what came before it. It owes a lot to Layers of Fear, Bloober Team’s almost great jumpscare simulator. Just like the estate of the disturbed artist, the Arizona locations twist and shift, thrusting Blake from inside a locker to the hallways of a Catholic school without a hiccup. Instead of acting as an excuse to show-off as Layers of Fear did, there’s a rhyme behind these sudden switch-ups. The crazed residents aren’t the only people with skeletons in the closet as Blake also has his fair share, which the game masterfully opens the door on over time. 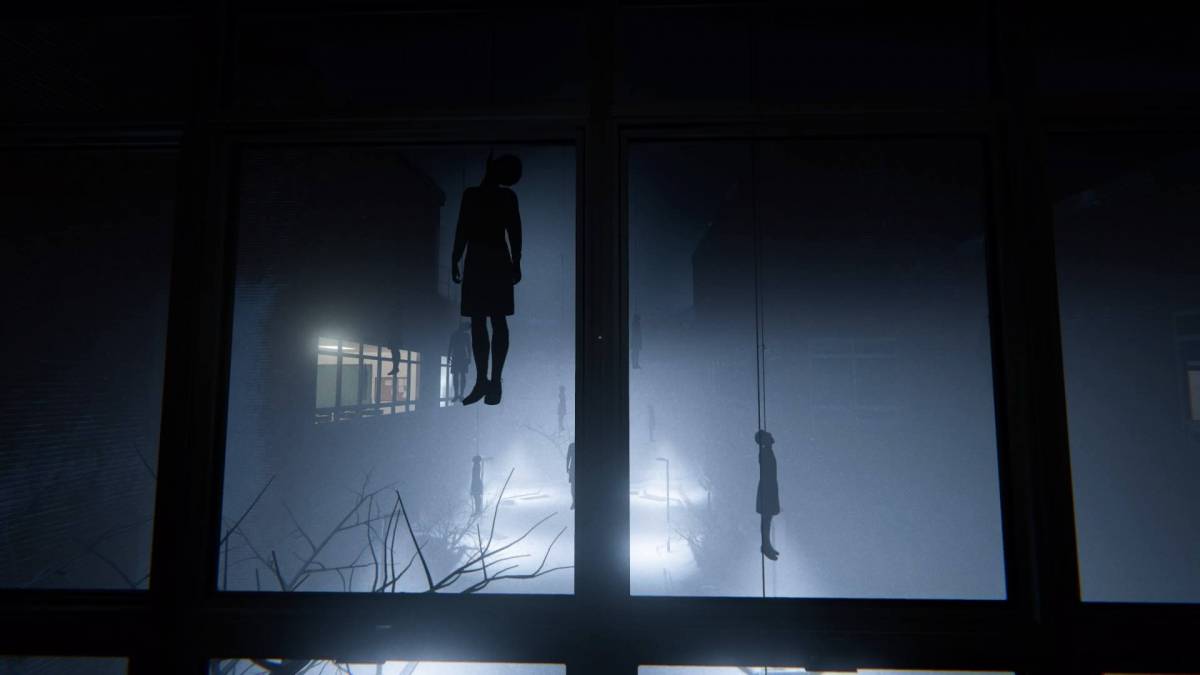 Of course, no game is perfect and Outlast 2 has a couple of issues which hold it back from the very top. Although the framerate held firm for my console playthrough, a couple of unmissable did their best to take me out of it on a couple of occasions. There was a dancing murderer at one point, but the absolute highlight threw my immersion into the sea for a good few minutes. At one point, a female character’s ponytail went on a bit of an adventure, somehow getting lodged through her neck and giving her Bearded Lady chic in the process.

Boasting a soundtrack that would give heebie jeebies, an unrelenting pace, and a mystery that moves thing forwards while never seeming peripheral, Outlast 2 is simply one of the most absorbing rides in gaming. It dares you to look away, to give in and watch a documentary about red pandas, but if you can look the reaper in the eye and steel your stomach, prepare to be absolutely blown away.

Verdict
Its trial and error gameplay is going to irritate plenty of players, but once Outlast 2 has you, it's a nightmare that you won't be able or want to wake up from.
9
Cultured Vultures is a pop culture website established in 2013 covering all things gaming, movies, and more. We eat your words.
All The News On The Biggest Games