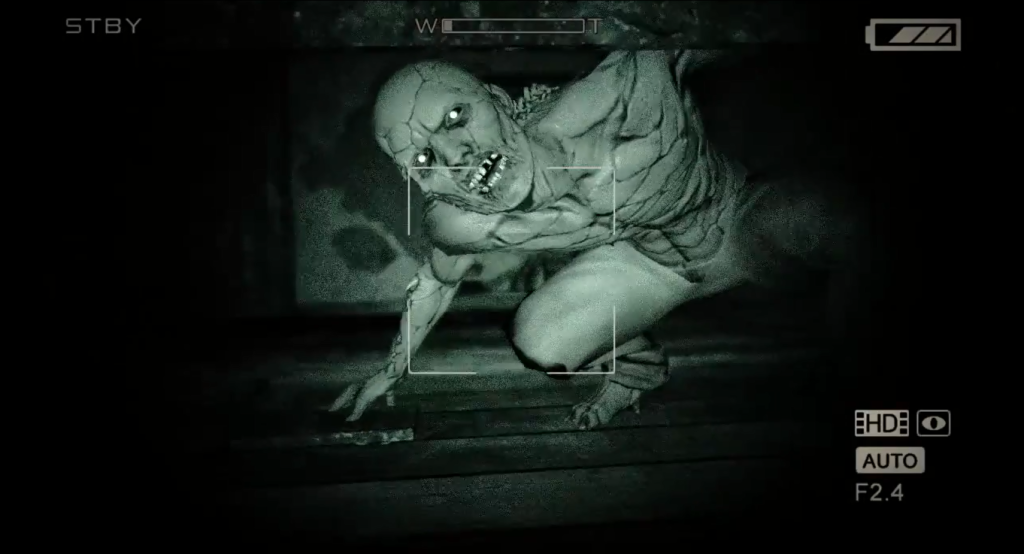 This is how I was acting for about the first two hours of Outlast: the lauded psychological horror game which has just landed for free on the PlayStation 4.  I was narrating the attempted escape of Miles Upshur: a reporter who’s trying to get the scoop on the infamous Mount Massive Asylum but as the plot unravels, he discovers that it’s far more likely that his eyes will be scooped out and eaten by the nefarious inmates.

The first venture by the promising Red Barrels developer, Outlast is a refreshing return for classic horror in videogames. Instead of being armed to the teeth to fend off the ghouls (see F.E.A.R), your only defence is a trusty video camera which has night-vision. An element of tension is introduced as you can only survive by using tactical evasion (i.e. just hiding a lot in cabinets) as you have literally no chance against the twisted inmates. Trying to evade a gruesome man mountain who stalks you throughout the whole game is one of the most terrifying experiences I’ve ever had and especially during a section which sees you in a flooded basement and you know he’s near. Running towards a beckoning light as you hear the clinking of his manacles behind you but not being able to see him is a real heart-in-mouth moment. 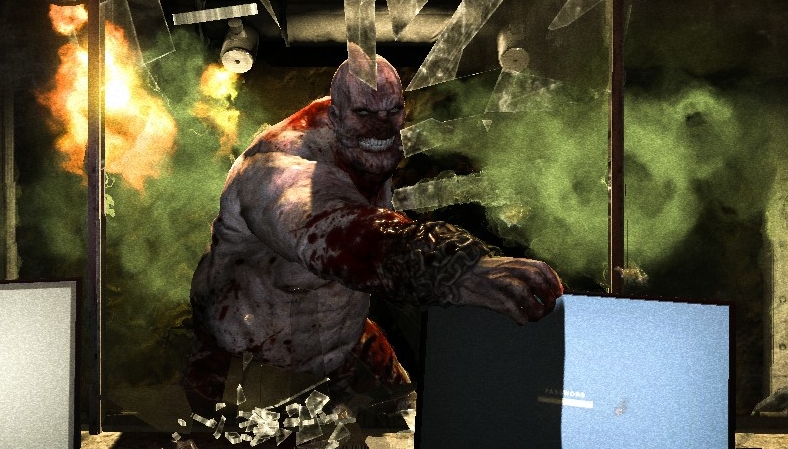 Time and time again, you are forced into situations of near darkness and have nothing but your camera to guide you through the abyss. The sound of Upshur’s camera running out of power will send you into a blind panic and you’ll often find yourself lying on the floor, in-game and also real life, begging for the terrifying soundtrack to stop as your death approaches at the hands of a genetically-enhanced lunatic.

As for the gameplay itself, your fancy pants PS4 controller will barely even be used as the controls are beautifully simple. One button to jump, one for the camcorder and one which reloads the batteries is just about all you need and it’s a refreshing break from certain games I’ve played lately, such as Killzone, which require four arms and several magical tomes to manage the controls.

In a way, this almost detracts from the appeal of Outlast and in turn, the scares. Where at the beginning of your foray into this dark world, running away from an enemy would have given you palpitations, the final third of the game turns into a bit of a drag. The jump scares dry up and you accept the inevitability of being endlessly chased  as I found my head lolloping towards one side, bored dribble making its way down onto my chest as the linearity of, “collect three of these, run away from that”, over and over in very similar surroundings started to bore. 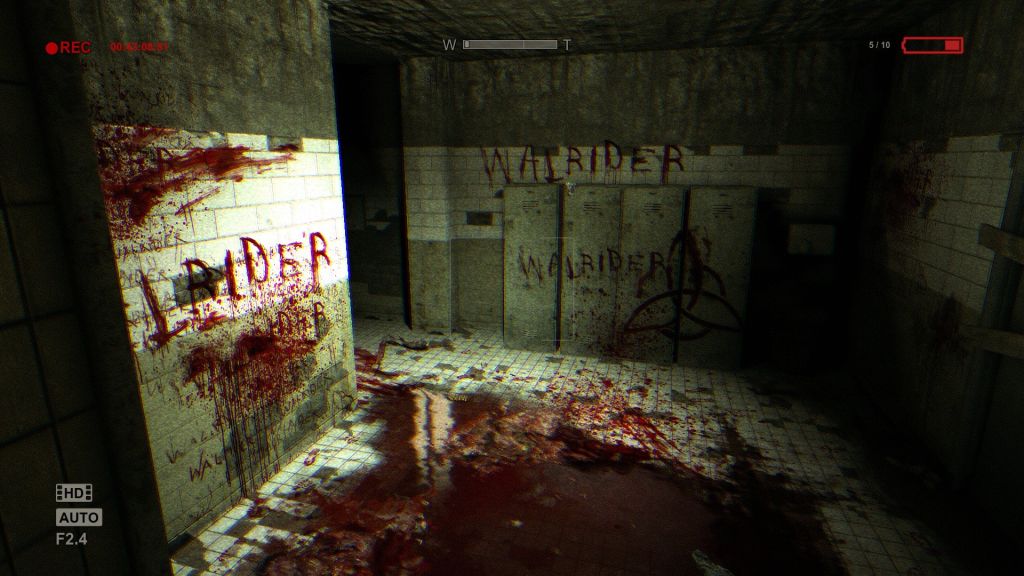 It must be said that although the design is stunning, there is a certain lack of variety to the character models with them mostly looking a little bit like Luke Goss from Bros. As terrifying as it may sound to be chased by the sexy one from an 80’s boyband for hours on end, you really just want it to be spiced up a little. Maybe Red Barrels should diversify and have Ainsley Harriott dashing around after you with a skillet for the sequel? Just a thought.

The plot is never really fleshed out properly but you can tell the team behind Outlast were more focused on actually just scaring your anus out than weaving much in the way of a narrative. It succeeds in this respect but perhaps you’d be better served to play it in blocks instead of all the way through in one sitting like I did. It could keep things fresh and your pants anything but.

An enjoyable first game by the upcoming developer, it will be interesting to see how Red Barrels go on from here. Outlast is definitely worth a download for all you PS4 owners but don’t expect perfection.

*This review was updated on April 22nd, 2017 to incorporate the new review system. It previously received 4 out of 5.