Bleak, for all the right and wrong reasons. 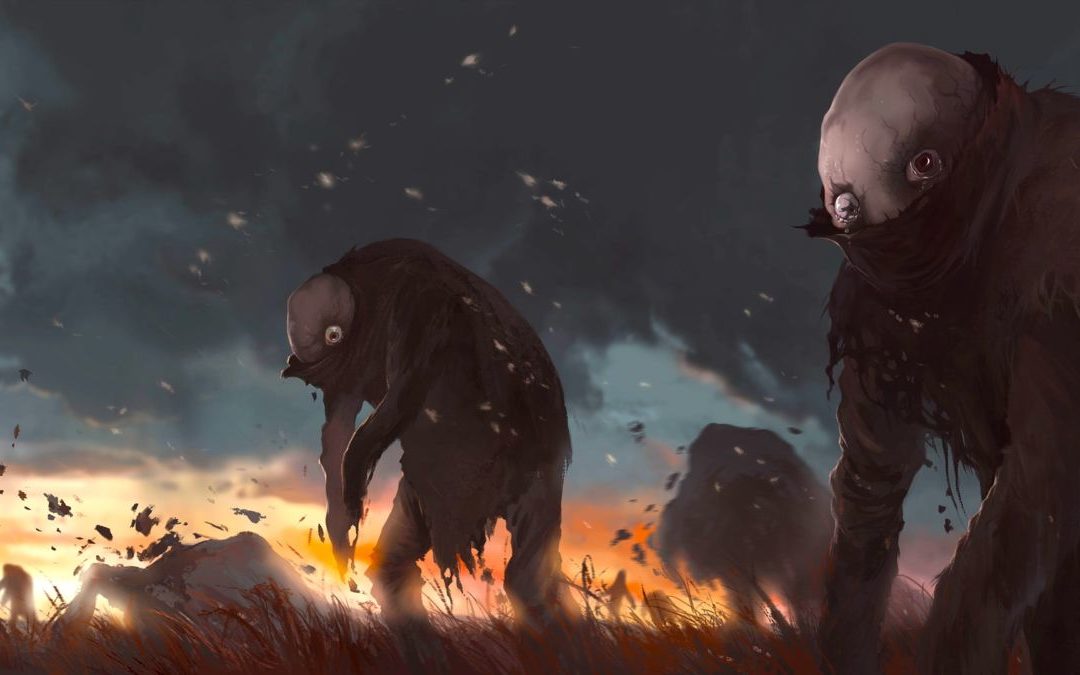 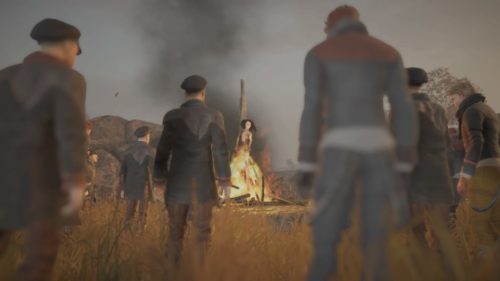 Survival mechanics are standard fare for adventure games, though most of them aren’t taken to such extremes as Pathologic 2. A game mostly about juggling status bars, Pathologic 2 challenges the player to fix a broken town before it’s lost to the devastation brought on by a plague.

Seeing as it was first released back in May of 2019 for the PC, it’s been quite the wait to see this game finally released on the PlayStation 4, though not much has changed from the original build. Even so, Pathologic 2 is a specific game for a specific audience, and it’s proven painfully difficult to find much to enjoy here, yet this seems to be a selling point for the overall package. If you enjoy an intricate story with little in the way of happy moments or exciting sequences, perhaps Pathologic 2 has something to offer. 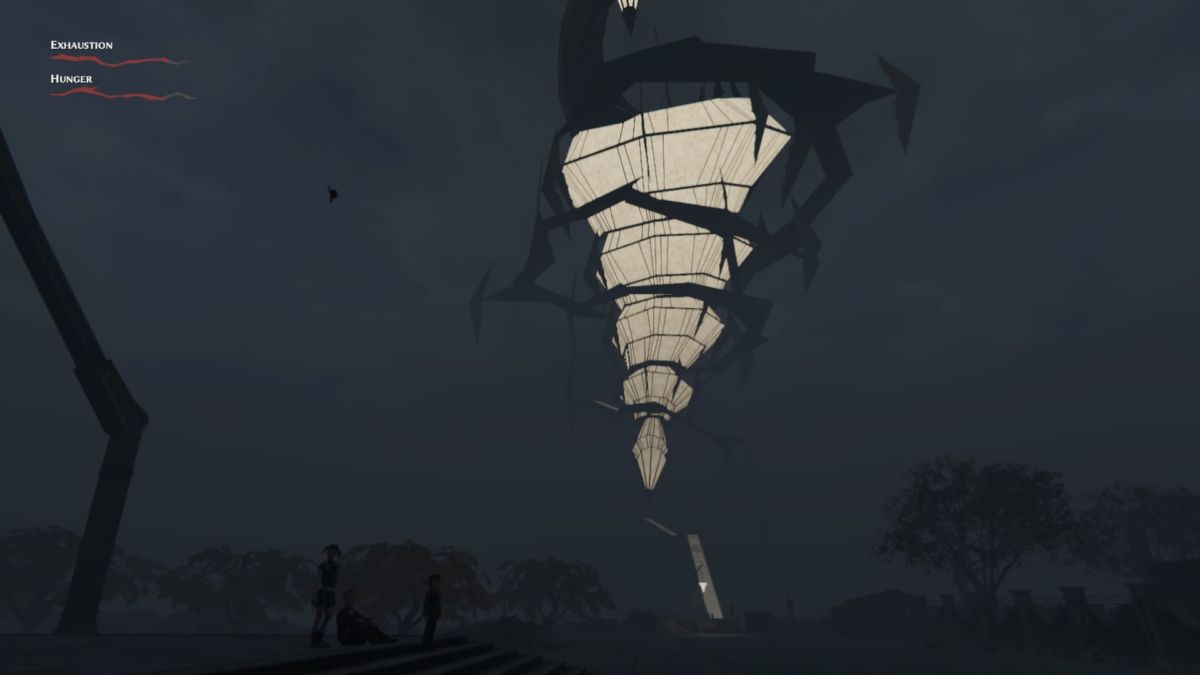 Most of what sets this game apart as an indie title is its brutal take on survival tropes like status bars and infection. In Pathologic 2, you’re constantly juggling hunger, thirst, exhaustion, health, and immunity just to try and get from place to place. At first, the only real challenge is keeping enough money to buy groceries from time to time, but as the town devolves due to a breakout of the sand plague, so do your resources and options to keep moving forward.

However, voice acting in the game demonstrates a definite lack of polish. The voice lines do little for the actual plot of the game, and more just serve as a backdrop when opening conversation with the townspeople. In fact, most of the voice lines just hindered me from reading the actual text; poorly delivered but difficult to tune out. It’s a feature that could have been helpful if they were actual lines from the dialogue, but that never seemed to be the case, so I’m not sure why they were included in the first place. 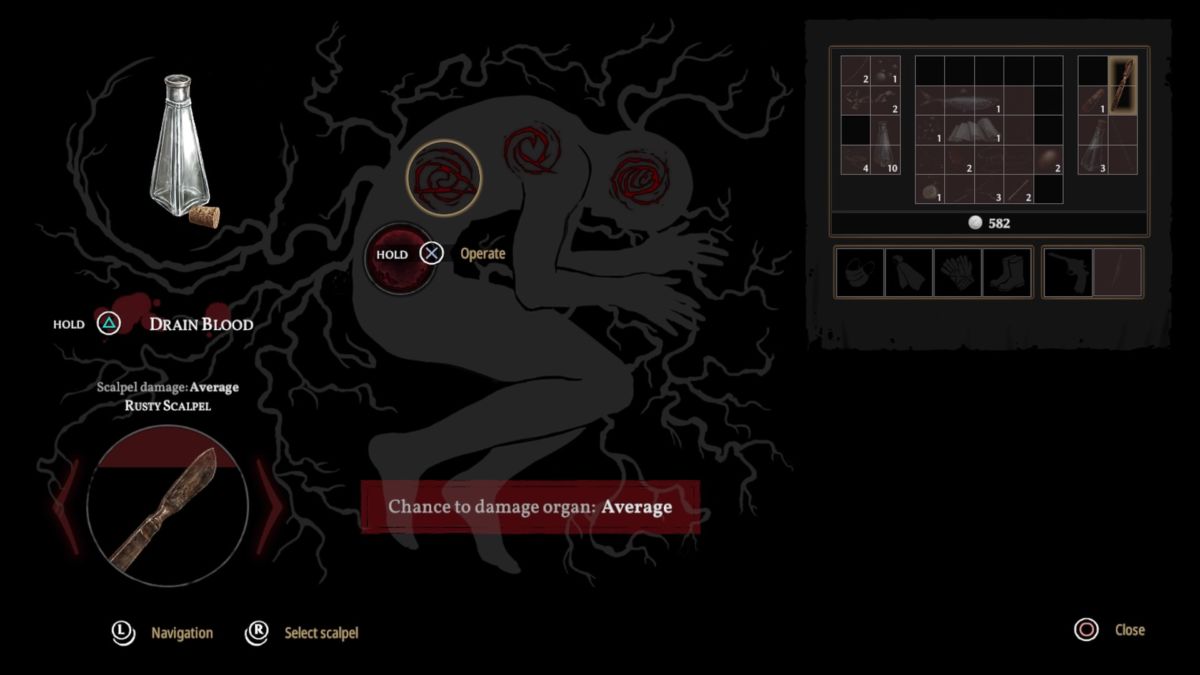 The crux of interaction with most townspeople involves a simple barter system, wherein you are trading goods but also favor with the regular citizens. Almost every character has something to trade, and each has their own tastes for items you might have found. For me, this meant I was walking around with a pile of random junk to see who might give me anything worth actual value in trade. It was a strain on my limited inventory, but you slowly learn what’s actually worth keeping and what can be stored away for special occasions. For instance, kids love sharp objects for whatever reason, so keeping some rusty scissors can net good trades at the Soul-and-a-half’s hideout, a faction made of just children.

This bartering system is stressed as a crucial part of the town’s society, as Steppe culture dictates that when people trade items, they’re also trading away parts of themselves, sharing feelings and strife with each other. So much so that early in the game people emphasize how you should actually be trading at a loss so that the other party appreciates you just a bit more, as that’s considered good manners. For me, this only added to the stress of the barter system in a good way. No longer was I doing this just to get a spool of string, but I was also trying to demonstrate my acceptance of Steppe society so that these people would help me out down the road. It’s not the most complex economic system in a game, but it’s definitely effective in fleshing out this foreign lifestyle. 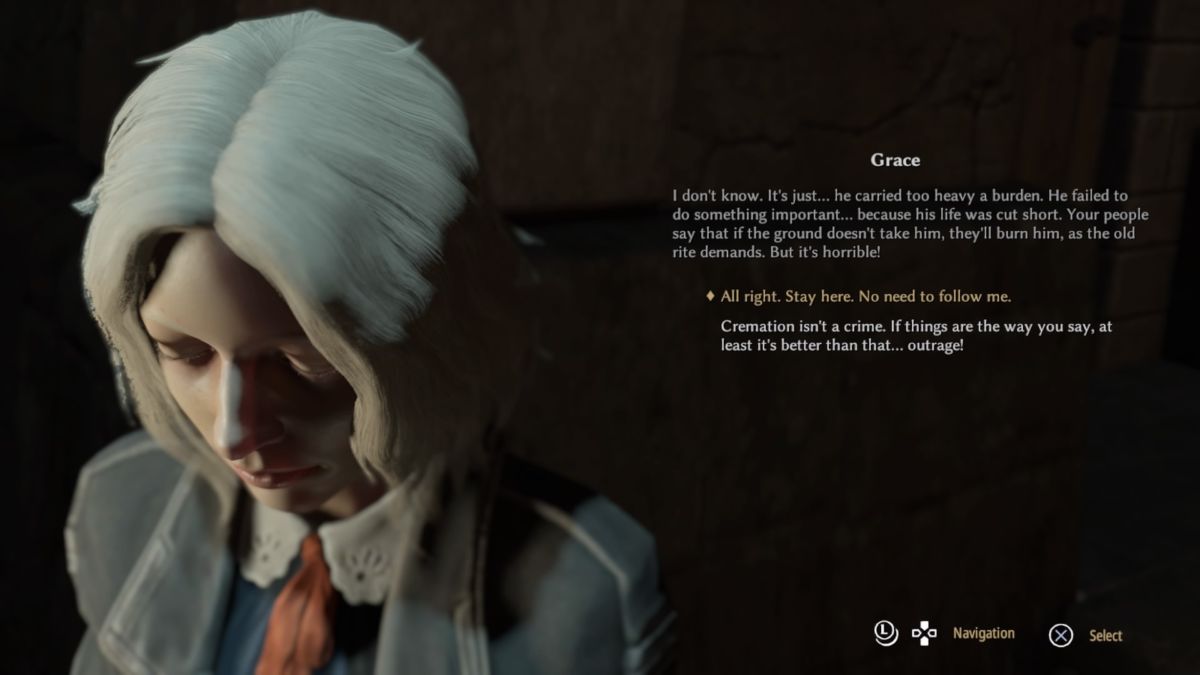 It’s meant to be a tough experience by design, and the developers even put in a note when you look to inevitably lower the difficulty that Pathologic 2 is a game meant to be barely playable due to these systems. This isn’t intended to be a fun romp through the countryside as you perform miracles and come out looking like a savior of the common man. Instead, it’s a game about making the tough decisions and hoping to just survive until the next day. People will die, you’ll most likely die a few times as well, but that’s all in service to the story and environment of Pathologic 2.

Seeing as how Pathologic 2 fits a certain niche of game design, the experience isn’t suitable for everyone. Fortunately, information on the gameplay is easy to find, so you know what to expect when first entering Town-on-Gorkhon. However, there are plenty of issues I had with the game unrelated to the intentionally painful experience of the actual mechanics. 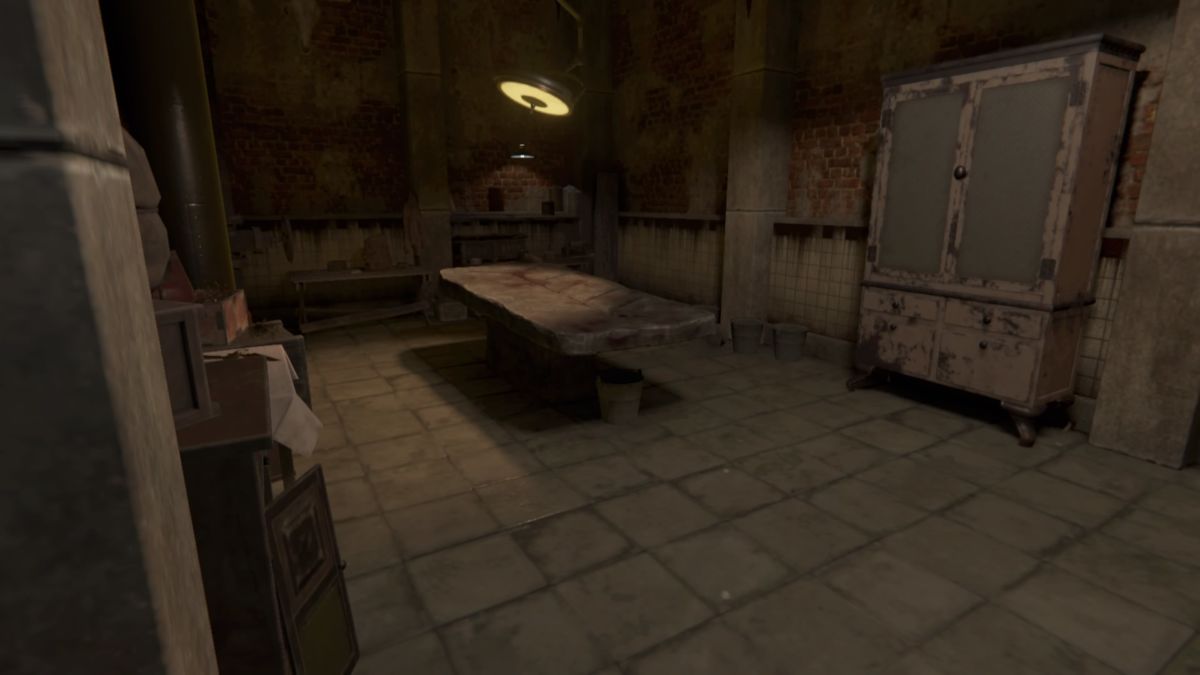 Loading screens are a serious issue throughout the town, as the developers clearly attempted to build a seamless world without transition screens, but failed to clear up load times between districts. Sometimes a transition takes just a second of load, and others you’ll sit for what seems like five minutes as the loading icon spins in the corner. You can look around during this time, and camera effects will still occur, but the characters are anchored in place as textures clean up and objects blink into view. And the boundaries for these loads are strict, as walking along the line will lead to multiple load breaks, causing a painful dip in the immersion and intensity of the gameplay.

Textures also seem to struggle even with all the load times. Anyone familiar with an Elder Scrolls game will understand what I’m referring to, as the actual detail of buildings and areas may take a few seconds before appearing, leaving you staring at ugly blocks until the engine catches up to the gameplay. 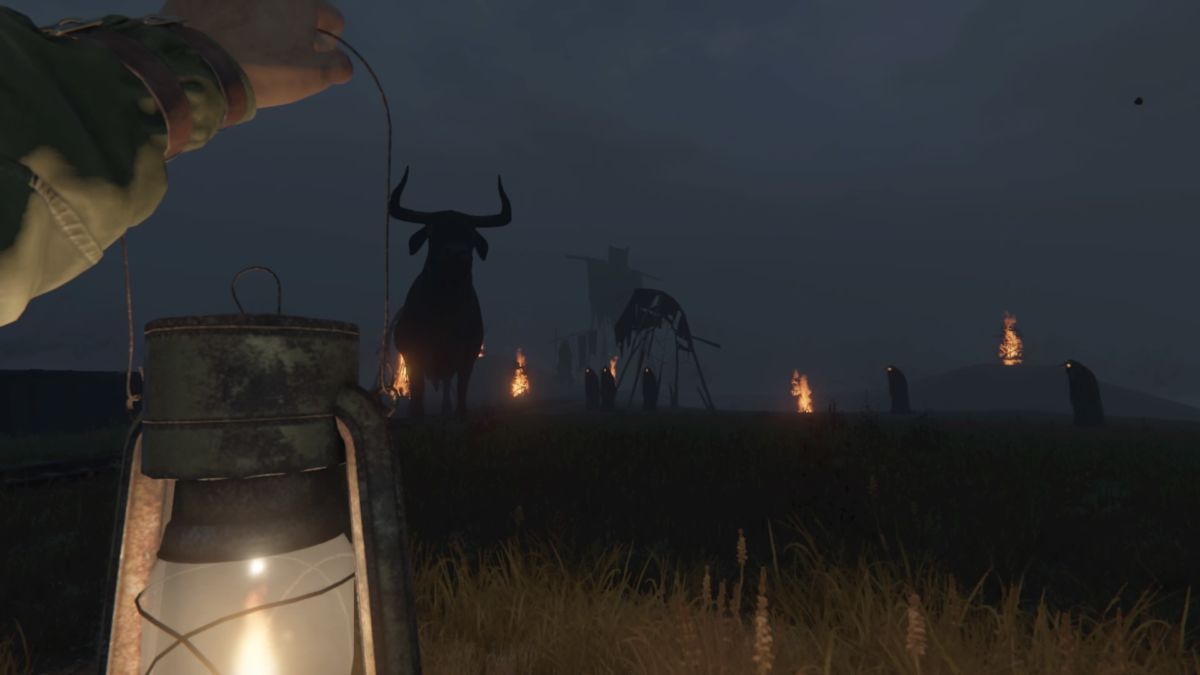 Clearly not the most optimized title, Pathologic 2 does itself no favors in assisting players to get past the intentional challenge of the game. Just trying to maintain sanity through all the janky engine issues proved to be an endeavor in itself. With all this time between the original release and the PS4 release, you’d hope that a few patches would clean up at least a few of the blatant gameplay issues, but that certainly doesn’t appear to be the case here.

Glitches and lack of optimization aside, the experience of Pathologic 2 is tough to recommend for someone looking to have a good time. That’s not the point of the game, as this is about experiencing the same pains of a town going through famine and plague all at the same time, a town still clinging to the old ways of Steppe culture while trying to move forward into modern technology. Nothing will make much sense early on, nor will there be much enjoyment from those first couple days arriving home, but it’s all in service to a larger plot that unfolds as time continues moving forward.

As a player, I found myself constantly losing motivation early on until I’d find just a glimmer of hope that something great was around the corner. Eventually, the pace picks up to a fever pitch, so bearing the boredom of the early game eventually paid off to some extent. Still, it’s not something I ever found myself enjoying, and it’s certainly not a package I could recommend to friends without feeling like I’m doing them a disservice.

Most of the tension is built up through meters, and the game openly admits that fighting should feel clunky and unflattering. Sure, some fun can be found through the management of status meters, but the intended difficulty settings had me constantly searching for food so that I’d have more time to search for extra food. Rarely was there a time where I could simply focus on the plot and figure out what I was supposed to be doing, so it was a simple decision to lower the difficulty after 7 or 8 hours of toiling away on these meters. Turned out, the difficulty just adjusted how quickly these meters fell, which in turn made the game more bearable as I was able to try different activities and legitimately explore the town.

Pathologic 2 doesn’t really work as a game in the regular sense of the word. Rather, you play it to experience the pain and suffering of a community in direct conflict with the past and present, barely clinging to life as its population is decimated through natural disasters. A cult favorite for many already, this is certainly not an experience every person is going to find value in, especially given the technical glitches plaguing the actual gameplay. In the end, I found myself in the latter group, hating every minute I had to spend digging up coins just to buy one more jug of milk to keep my hunger down. 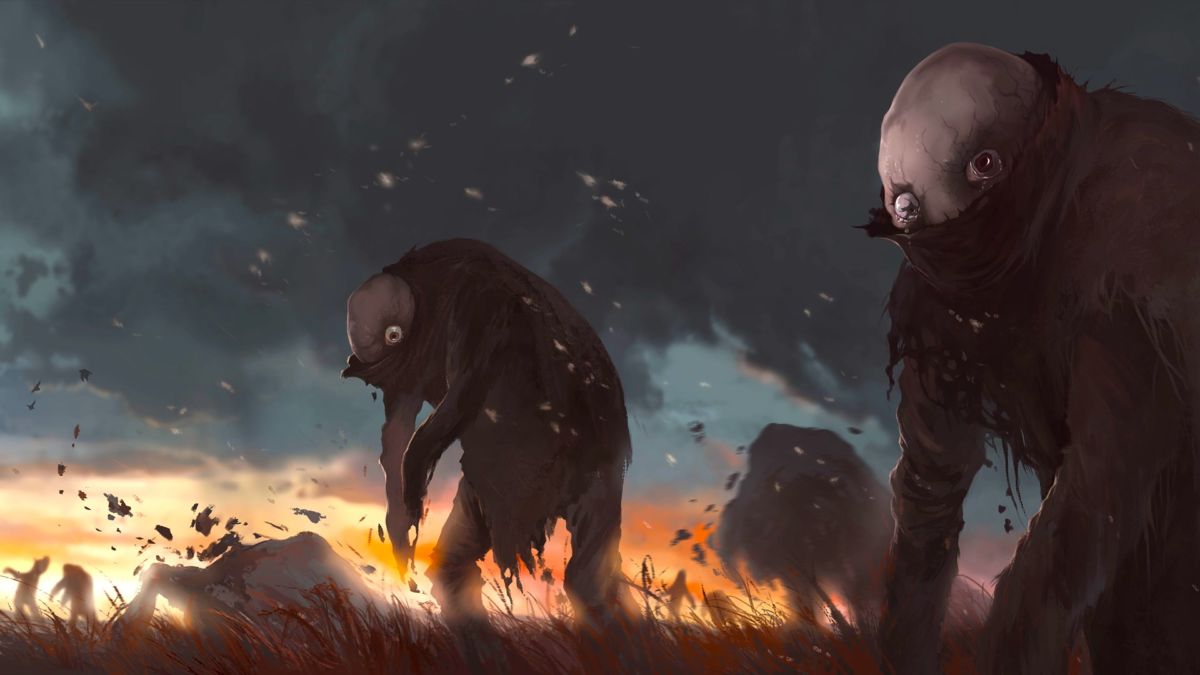 Verdict
Pathologic 2 does a fine job of capturing the feelings of a town under distress, though it can feel like a painful chore to play with technical glitches and loading times hindering the experience overall.
5